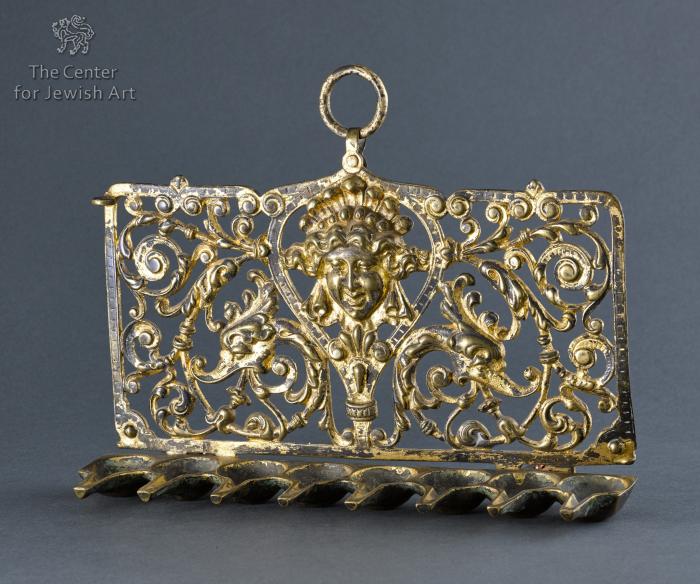 While almost all Chanukah lamps take their specific style from influences in the dominant cultures in which the Jews lived, the lamp from Italy has a special distinction. It often drew its style from the classical Renaissance motifs that so permeated Italian life and culture, especially featuring such mask/faces. Additionally, this lamp was once coated with gold leaf, some of which has worn off with time. An additional example of such gold leaf covered brass cast lamps is in the Stieglitz Collection at the Israel Museum. 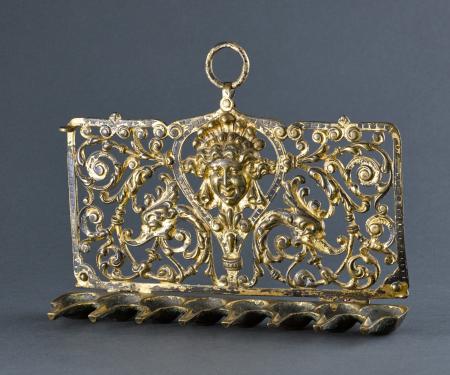 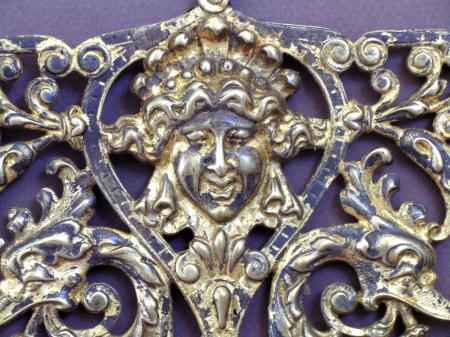