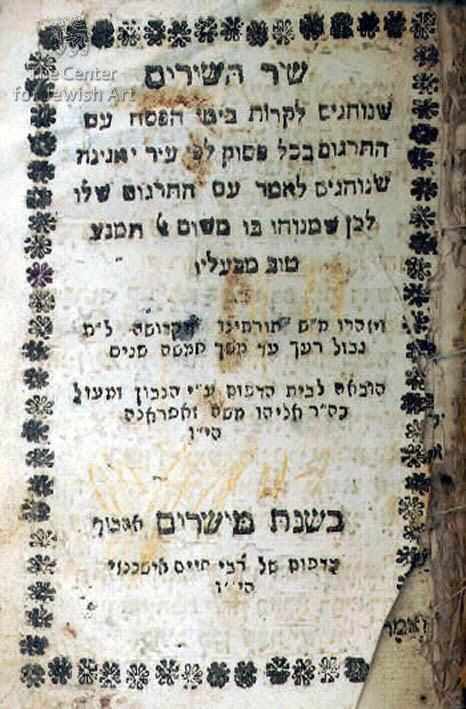 The Song of Songs with linear translation according to the Janina tradition.
Title page with naïve typographical floral border.
The history of Hebrew printing in Salonica began in the early 16th and lasted some 400 years, being brought to an end only with the Nazi conquest. The first Hebrew press was established in Salonica in 1512 by a Portuguese printer and émigré, Ibn Gedalya. By the 1560’s, with the mass influx of former Marranos from the Iberian Peninsula, printing activity in Salonica reached its height, with more than 120 books published (including a few in Ladino). With the exception of a short period, however, the city did not have any well-established printing house until the end of the 17th century.
By the mid-18th century, several printing houses which were to enjoy long periods of activity had been founded. In addition to the larger, more well-known printing houses in this period, there were also smaller establishments that were active for brief periods only, and generally printed Torah-related works. Among these is the printing house of Hayyim Ashkenazi, whose known books are from c. 1840-1842. 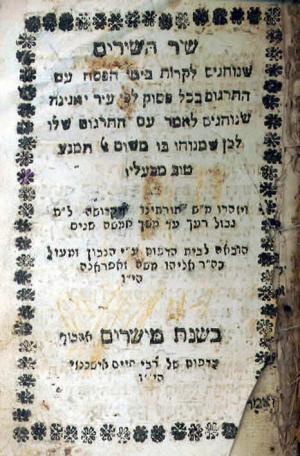