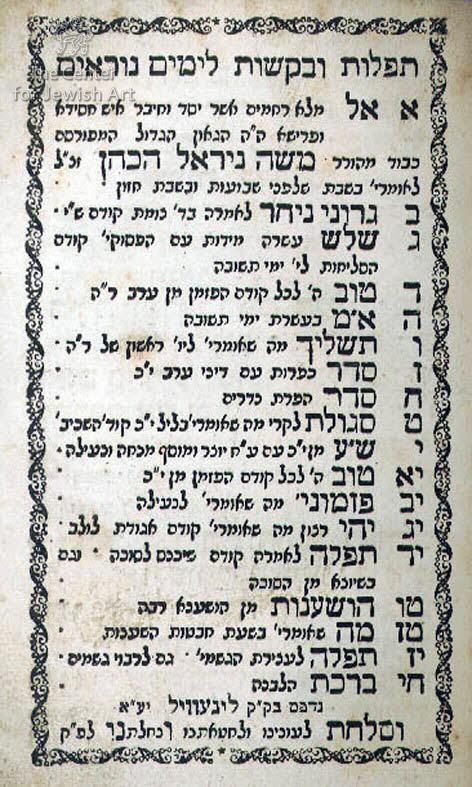 The town of Lunיville lies in the Lorraine area in North eastern France. In the 18th century there was a Jewish community there, which was part of the celebrated Jewry of Alsace-Lorraine. At the turn of the 19th century a Hebrew printing press was established in Lunיville by Rabbi Abraham Priseck. This printing press operated for a short period, between the years 1797-1807, and only 16 books were printed. The press was established at the height of the French Revolution and operated at the beginning of the time of Napoleon. A sign of this can be seen in the text of the title page of the Selichot: “Because of the lack of printing in this country …, also because of the difficulties of the times and the gates of the state are locked, and travelers have stopped bringing them from other places …” On the title page of the book Goren Nachon appears the royal emblem of the reign of Napoleon. The present volume contains no printer’s information or mark. 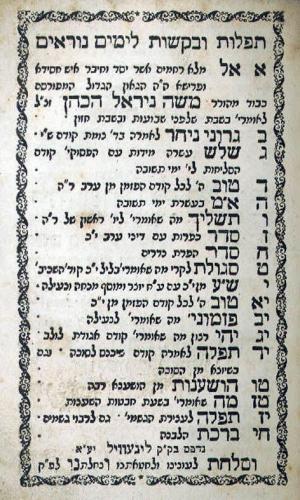