This pair of Rimmonim was originally made for the synagogue in Tzidon, Lebanon, according to the original inscription. There is a later inscription relating to their subsequent use in the Istanbuli synagogue in the Jewish quarter of the Old city in Jerusalem. This pair carries an unusual shape and finial on top in the style of other Rimmonim from the Ottoman Empire. The Harari and Zadqa families, mentioned in the inscriptions, are both known in Aleppo, and the Harrari's were also known in Lebanon.

Around lower top on both A and B: Dedicated unto the Lord. For the Holy Congregation Istanbulis of the Holy City Jerusalem, May it be built and established quickly in our days. Around the middle band, from A to B: For the Lord. Dedicated to the Holy Community of Sidon, May establish it, Amen. For the sould of the honorable woman, and May she be blessed among women, Yael, May she rest in paradise, daughter of - in the distinction - the erudite, tortured soul (?), Shimon Zadka, May the Mericiful protect him and bless him, wife of the elder Joseph Harari, May his light (May the Merciful protect and bless him) shine, amen. 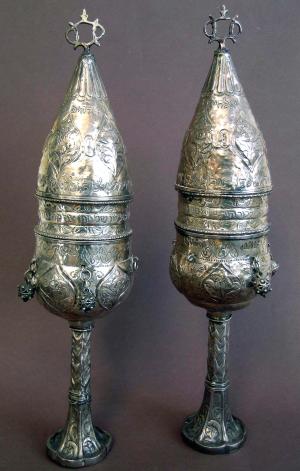 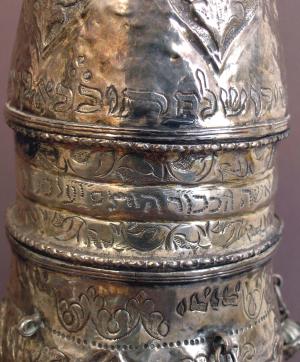 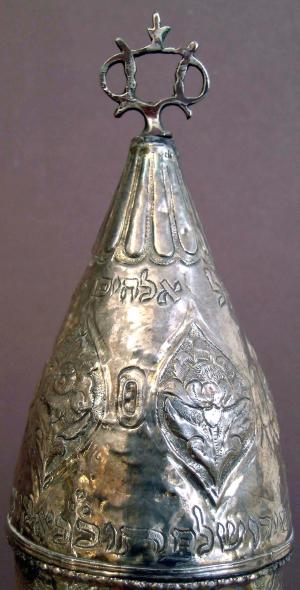 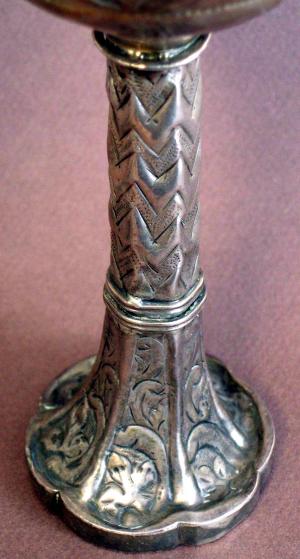 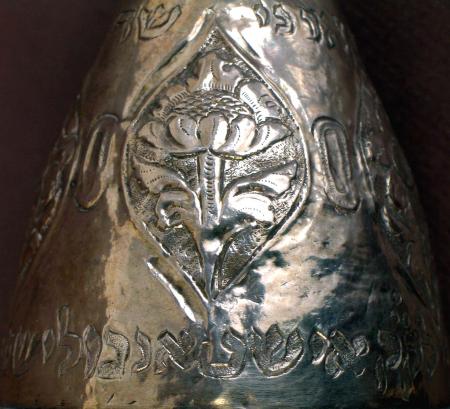