Fine metalwork was an almost exclusive Jewish trade in Morocco. There are a wide variety of forms of Rimmonim from Morocco and it seems as if each community in Morocco had its own form. This example of a pair of Rimmonim is crafted with typical North African designs engraved into the sheet silver. The silver is of poor quality, probably indicating an origin in a rural area. The workmanship and motifs indicate the same non-urban origin. The place of the fabrication is probably in the South East area of Morocco, in the area of Tafilalet and Erfoud. On the top is a stylized crescent inside of which is a hamsa, both of which would confer protection against the evil eye on the worshippers who used these finials. The crescent with it skyward facing ends serves to catch, deflect and disperse in multiple directions the power of the evil eye. Hanging from the chains are coins of French origin such as were used in the North African territories.

Of the two main motifs in the decoration, one is a stylized cross, a device against the evil eye, which, with its four outward directions away from a center point in the round shape of an eye, will lead the evil eye to be "cast to the four winds". The other, of course, is the hamsa at the very peak of the object. 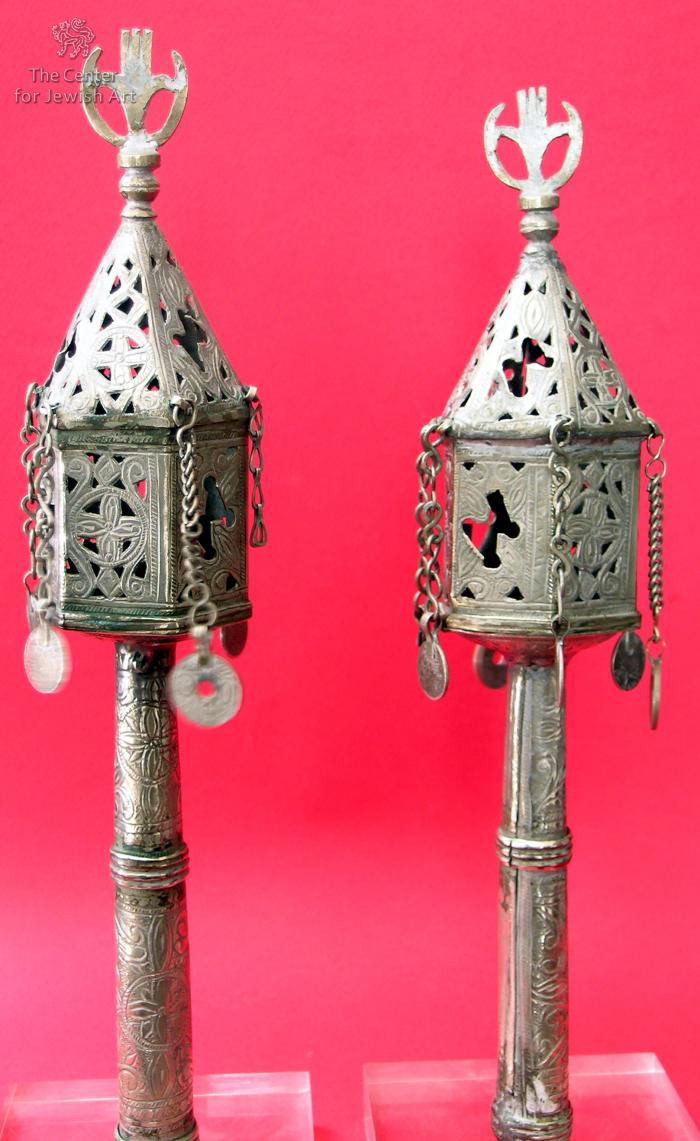