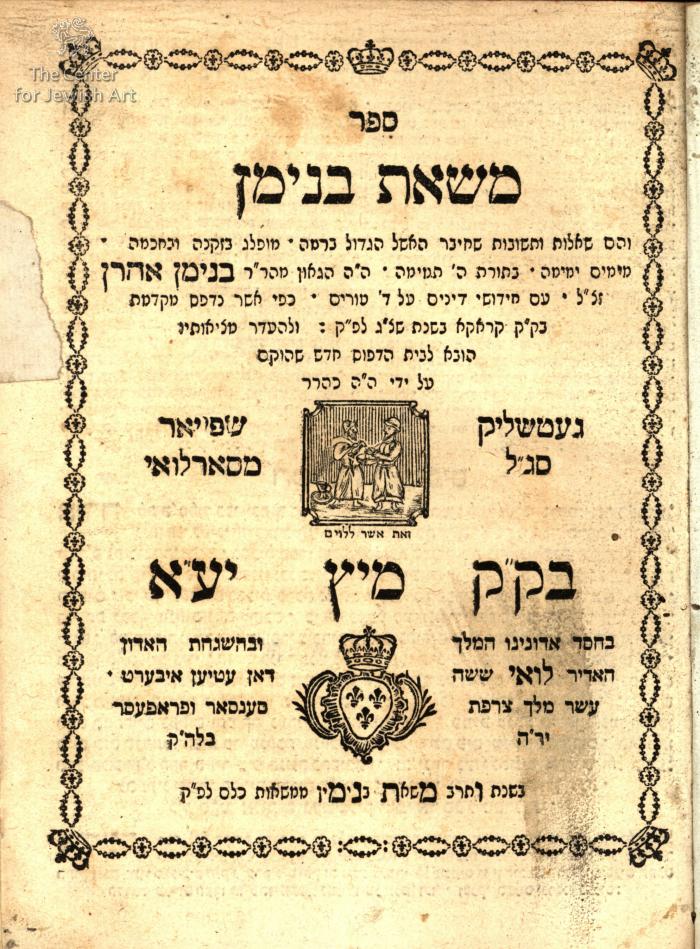 On the title-page are printed the words "By the Grace of our Lord the Magnificent King Louis XVI, King of France".

A Hebrew press was established in Metz c. 1760. The printer of this volume, Gottshalk b. Avraham Segal Speyer, was the son-in-law of the Metz printer Moshe May. After his father-in-law’s death, Gottshalk inherited some of his printing material and established his own publishing house in Metz (1776-1788).

His printer’s mark, seen on the title page of this volume (Ya’ari 143), shows a Levi pouring water over the hands of a Cohan, accompanied by the verse “This is what pertains to the Levites” (Numbers 8:24). This refers to the printer’s status as a Levite. 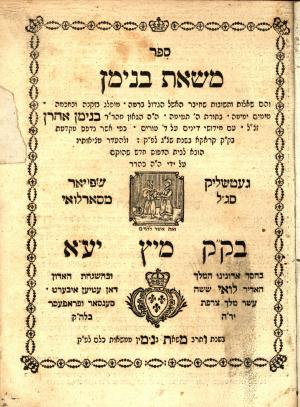 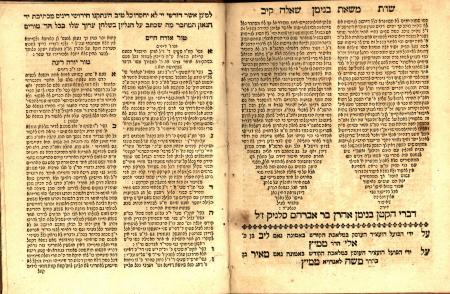