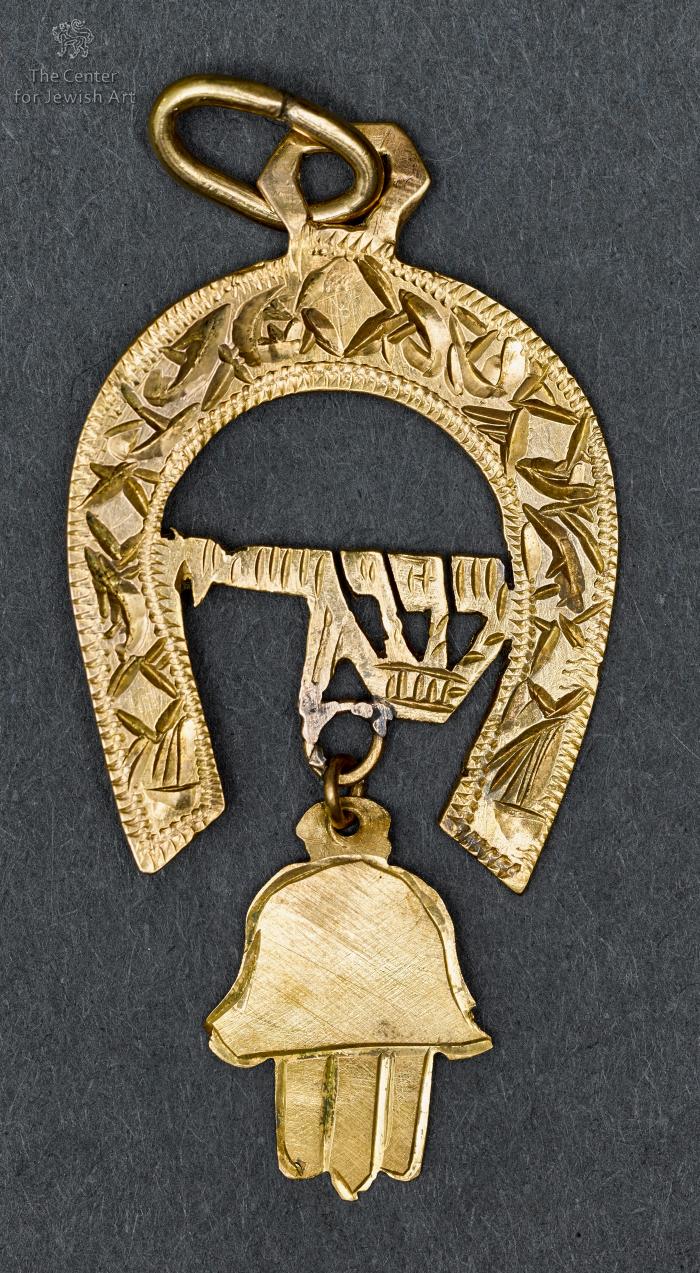 This amulet pendant combines a number of amuletic elements: The horseshoe, the hamsa and one of the names of God, Shadai. All of these are for luck and protection against the evil eye: the word Shadai because of its holy connotation, the hamsa as protection again the evil eye and the horseshoe shape because of its ability to to catch, deflect and disperse in multiple directions the power of the evil eye directed against the wearer. 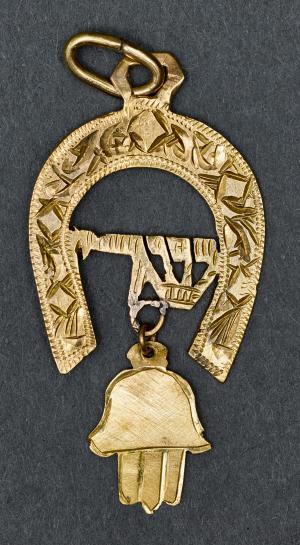