There are often typical forms for a given city, and the form of this pair of Rimmonim is identified with the German city Fuerth. This may well be the earliest surviving pair of this type, but other examples exist from throughout the 18th century in other collections. The inscription is particularly interesting, recording the union of two exceptionally famous families, one from Fuerth and one from Prague. The use of lavers on the top of the finials instead of the more traditional lions is representative of the Levite status of the families. The lengthy inscription covering both finials is rendered with very fine Gothic Hebrew letters. 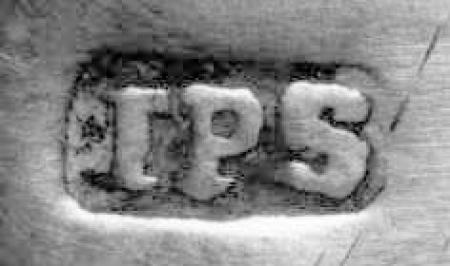 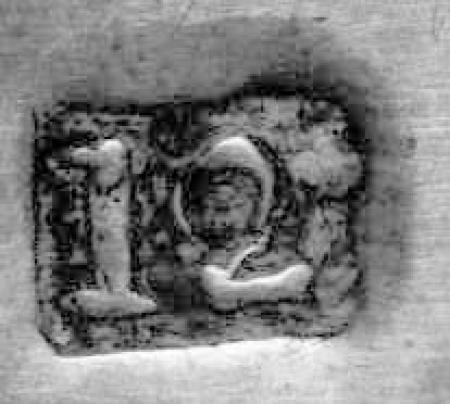 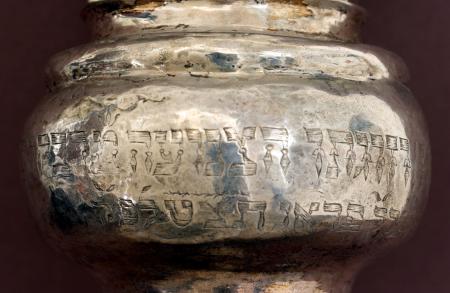 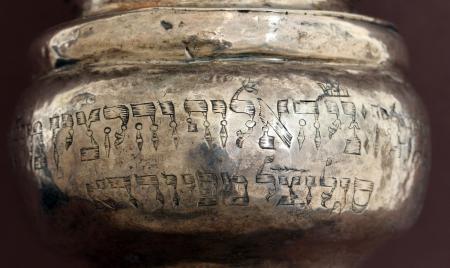