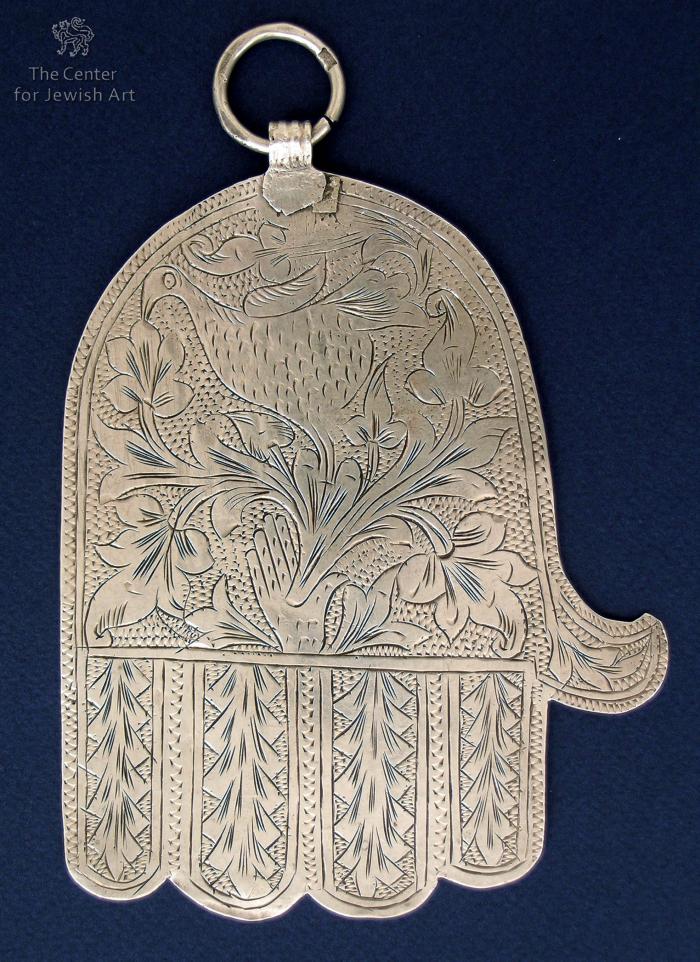 This is a large silver amulet with a finely-wrought floral pattern featuring the image of a bird above and a distinctive pattern on the fingers below. These decorative motifs, as well as the silver marks, show this to be crafted in Meknes. The flowers in the upper portion five ppetals each, emphasizing the hamsa value of the amulet. An unusual feature is the large thumb on the middle right side.The usual location of the thumb is on the left. 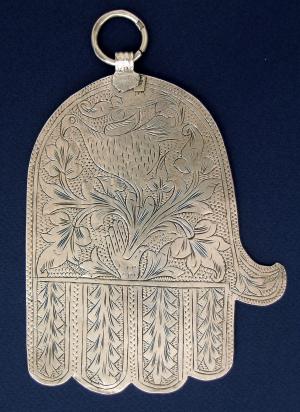 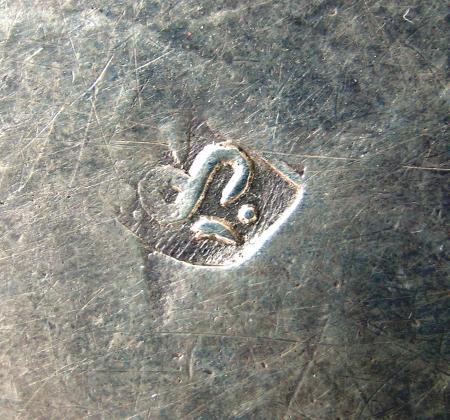 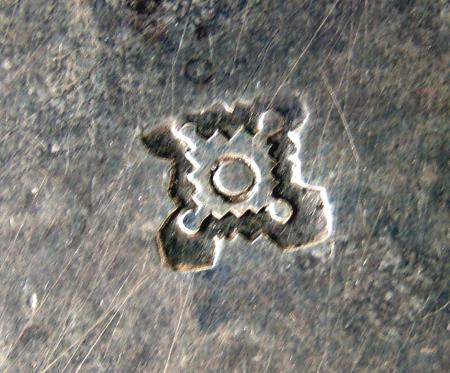 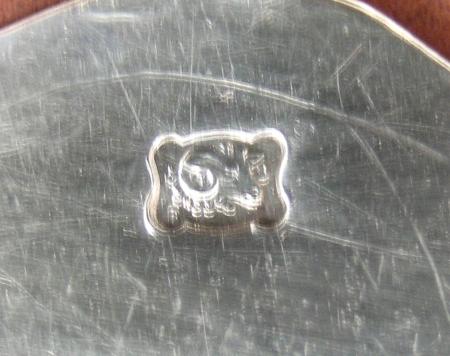