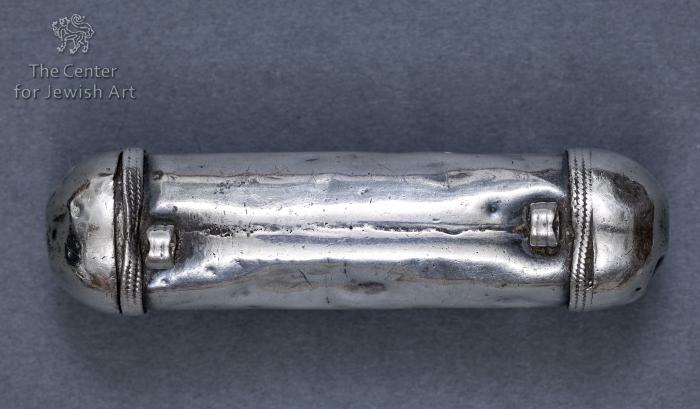 This is a silver amulet case in a tubular form. Attached are small rings for a neck chain. The case is covered with repoussé Hebrew inscriptions, including Sanoi, Sansanoi, and Smangalaf, indicating that this was for a birth amulet. No amulet remains in the case. 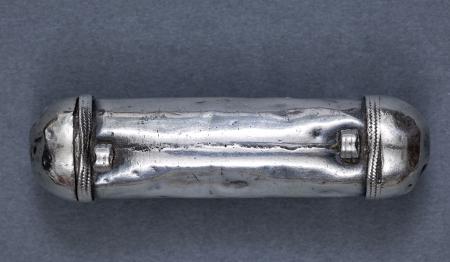 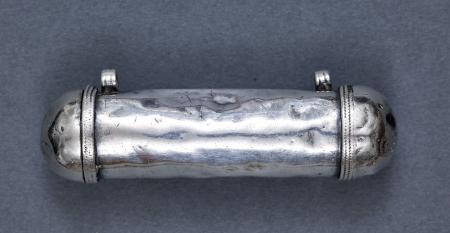