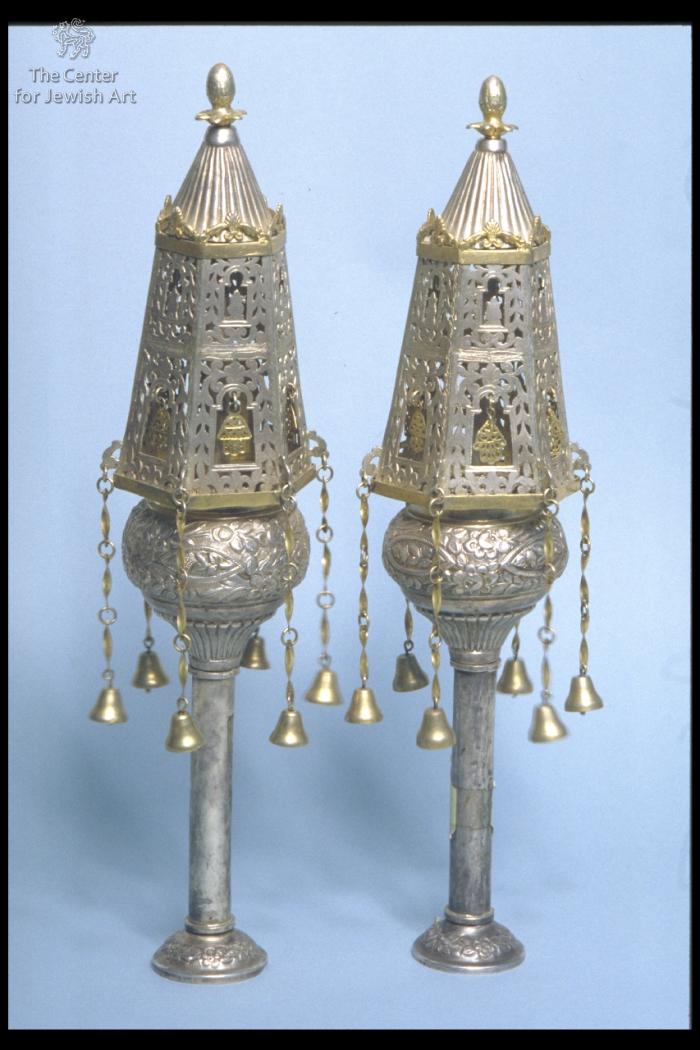 The tower-shaped Torah finial comprises a shaft, a body and an apex.

The cylindrical shaft is mounted over a raised base decorated with a floral decoration.

The tower-shaped body is mounted over a compressed globe and comprises two tiers topped by a conical dome. The compressed globe is adorned with oval medallions set against roses and leaves and enclosing flowers.

The hexagonal body tapers upwards. Each facet is formed by intertwined scrolled branches, and is divided into two tiers by a central horizontal band. Two horseshoe arches are set on each facet, one on each tier.

Hamsa pendants are suspended from the lower arches, while the upper arches enclose stylised lotus flowers. Scrolled loops carrying chains with bells are attached to the connections between the facets of the lower tier.

The conical dome decorated with grooves is mounted over the body, and is encircled by a crenellation of arches made of central palmettes flanked by a pair of branches.

An acorn-shaped apex, set on a floral circlet, is mounted over the dome.

Finials shaped as prismatic open-work towers are common in North African communities. The anthropologist Paul Eudel, who listed the typical Tunisian and Algerian artifacts, included in his books two types of tower-shaped finials, and defined them as characteristic objects found in the synagogues at the end of the 19th century. He identifies between wooden finials, called remounim (rimonim, namely pomegranates) and the silver finials Taboim or Tepohim, which reflects the local pronunciation of the Hebrew word Tapuhim, namely apples (see: Eudel, Dictionnaire, 1906, p. 212- 213; fig. 1).

Unlike the detailed explanation in the dictionary of 1906, specifying the exact use of the twin finials, Audel names the finial in the earlier book L'orfèvrerie Algérienne et Tunisienne (1902, p. 282) as "Lampadaire de synagogue", that is "a synagogue standing lamp". It is possible that Audel's name alludes to the resemblance between traditional metal lanterns and the finials, both shaped in an architectonic form including horse-shoe openings (see: Torah finials, Sc.91-7.

The pendants suspended from the arches in our finial are local Tunisian features. Traditionally, the pendants were fashioned in the shape of sanctuary implements, as on the Judah (Yehudah) and Meir Bukhritz finials made in Tunis between 1856 and 1905,

The open hand (hamsa) is designed in a typical southern Tunisian manner. Similar pendants were part of the jewelry worn by local women, Jews and Muslims alike. This motif is known in the region as the hand of Fatmah, the daughter of Muhammad, and is regarded as an emblem which protects against evil eye (figs. 3, 4; for other depictions prevalent in the Islamic non-Jewish environment. 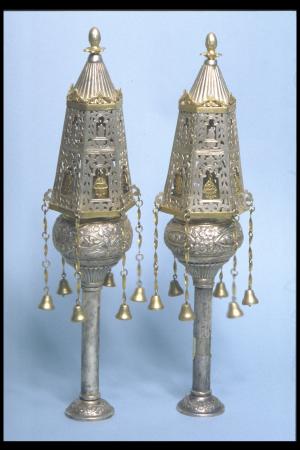 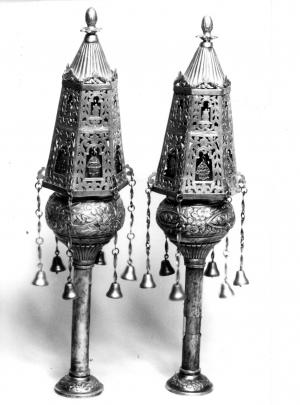 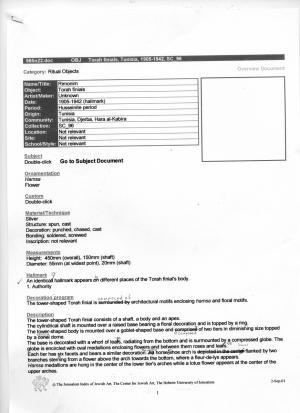 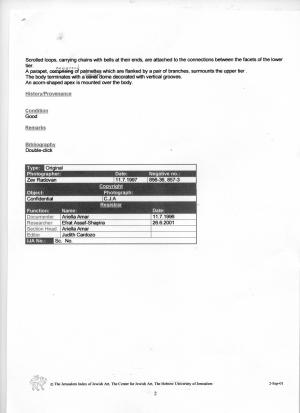 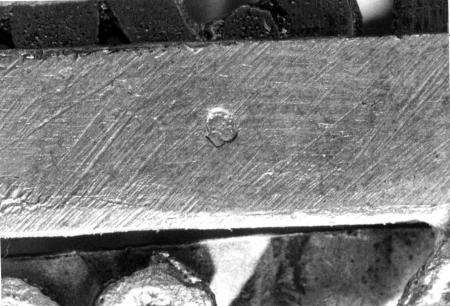 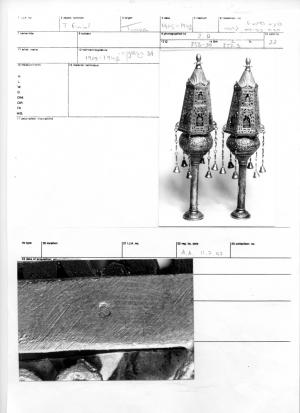 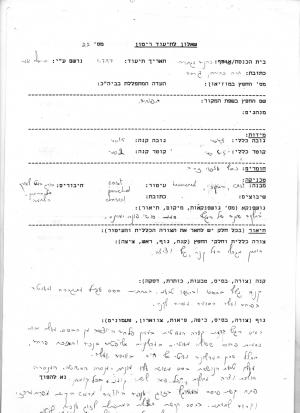 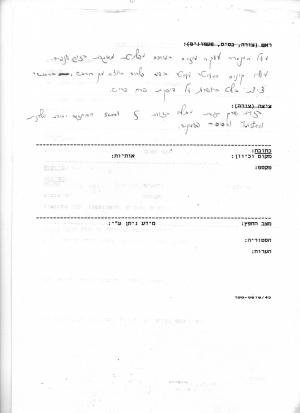 The tower-shaped Torah finial is decorated with hamsa and lotuses attached to an architectural setting.