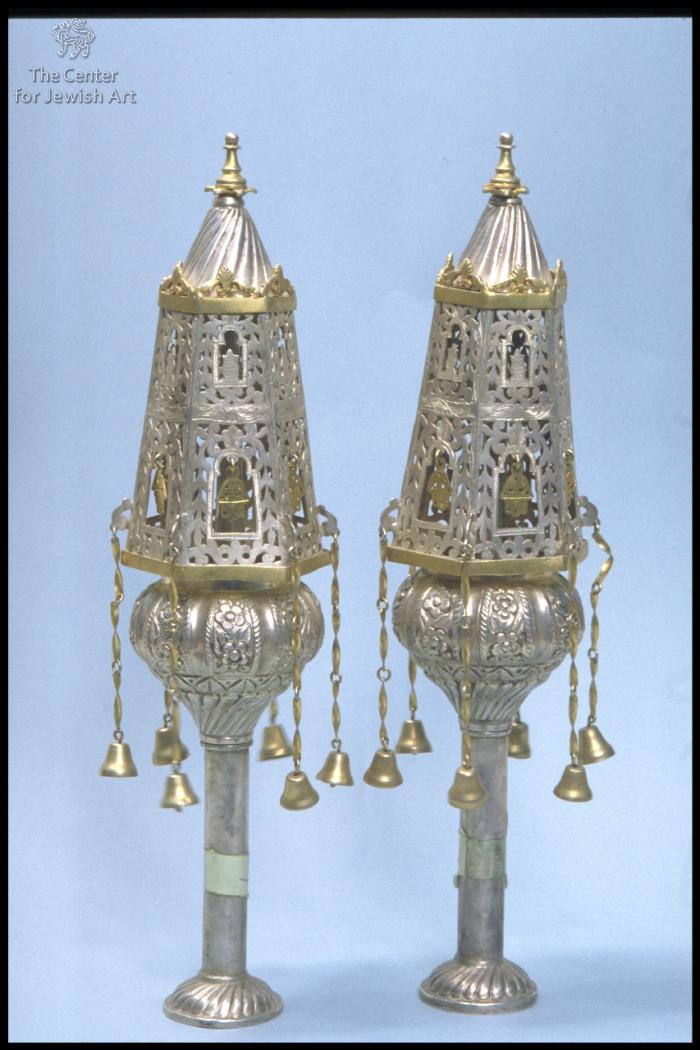 The tower-shaped Torah finial comprises a shaft, a body and an apex.

The cylindrical shaft is mounted over a raised base decorated with a twisted whorl of slices.

The hexagonal body tapers upwards. Each facet is formed by intertwined scrolled branches, and is divided into two tiers by a central horizontal band. Two horse-shoe arches are set on each facet, one on each tier.

Hamsa pendants are suspended from the lower arches, while the upper arches enclose stylised lotus flowers. Scrolled loops carrying chains with bells are attached to the connections between the facets of the lower tier.

The conical dome decorated with twisted slices is mounted over the body, and is encircled by a crenellation of arches made of central palmettes flanked by a pair of branches.

An apex shaped as a turret, set on a floral circlet, is mounting over the dome. 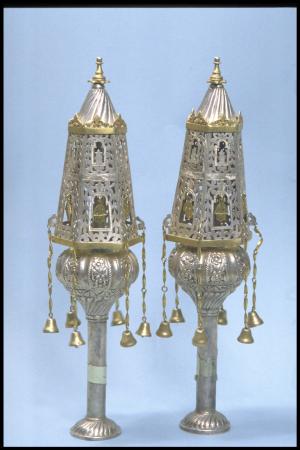 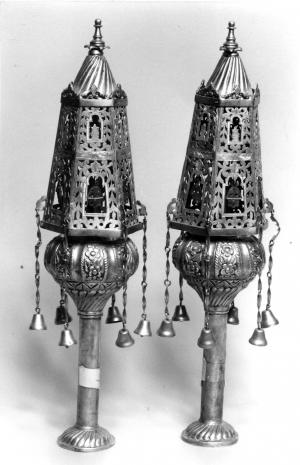 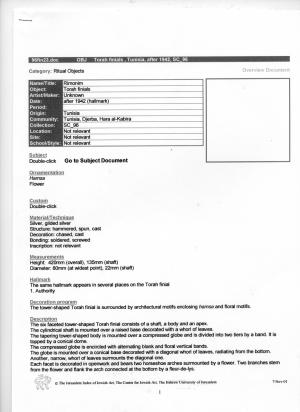 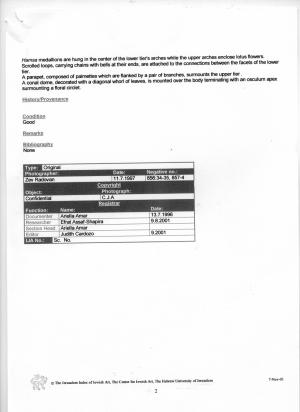 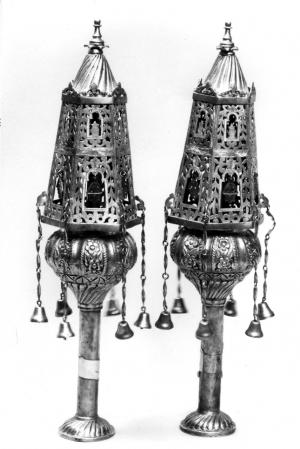 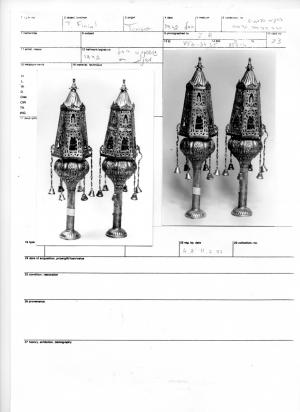 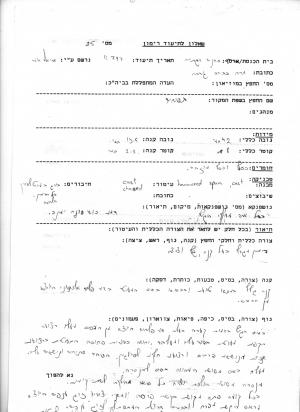 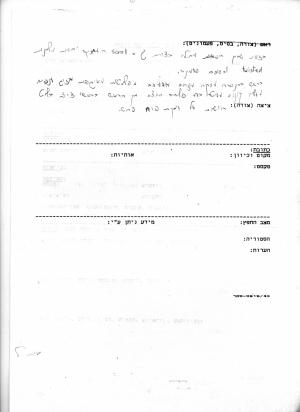 The tower-shaped Torah finial is decorated with hamsa and lotuses, attached to an architectural setting.