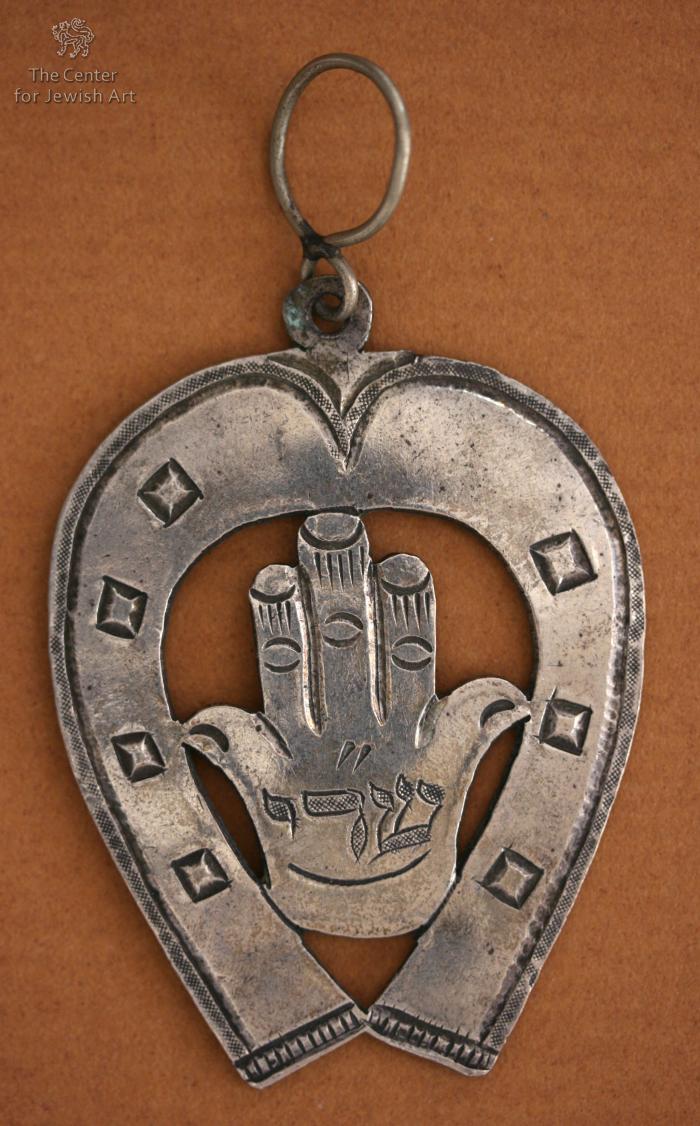 Nicely-engraved example of a horseshoe within which is a hamsa. The horseshow is itself a symbol of luck as well as being of a shape that disperses in two outward directions the power of the evil eye directed against the wearer. The squares on the crescent represents the eye, which is itself an antidote against the “evil eye”. 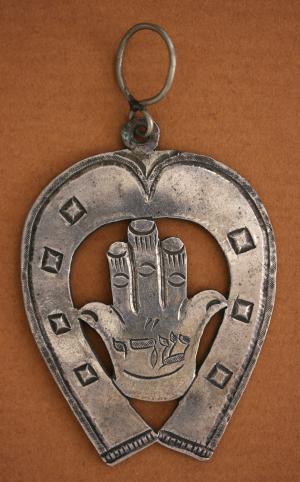