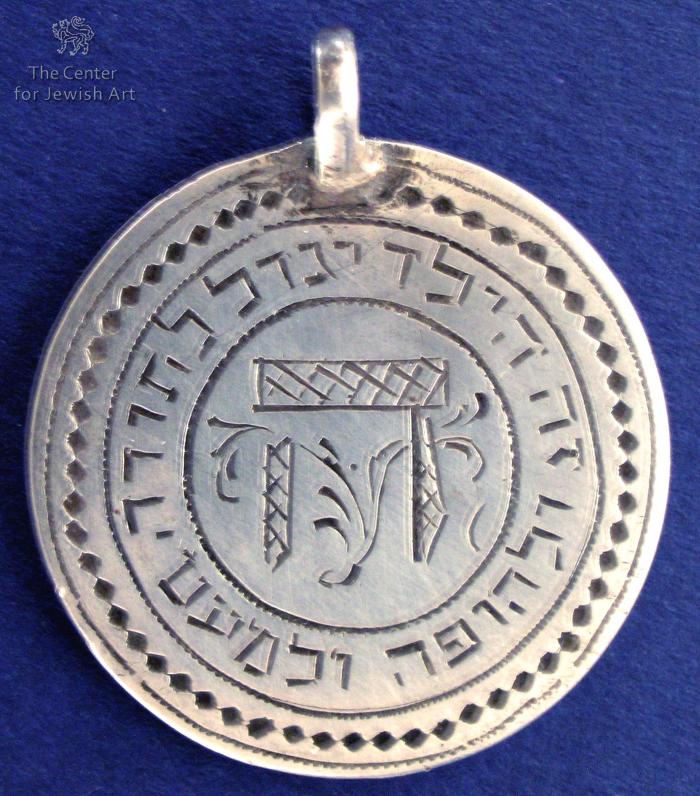 In the centre of the amulet is a circle that has the letter ה in the middle standing for "the Lord". Around the circle there is a Hebrew inscription:

May this child rise to Torah/ Huppah and to good deeds.

The other side of the amulet has an inscription and it reads:

May it be Your will, our God and God of our ancestors

that You save children of

Your People Israel from evil eye

and raise them to Torah

and protect them with Your mercy (based on the verse from Likutei Tfilot, part 1, Prayer 28)

Copy of an 18th-century lead medal, Gross Family Collection 027.0***. This example is likely from the 19th century. As with "Heh" amulets in Germany, this example is probably made from a coin from which the faces have been polished away. 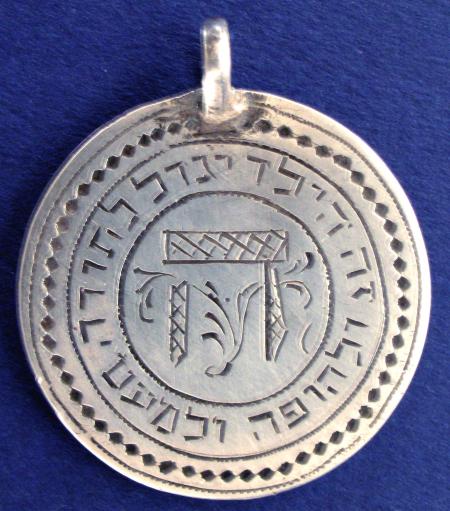 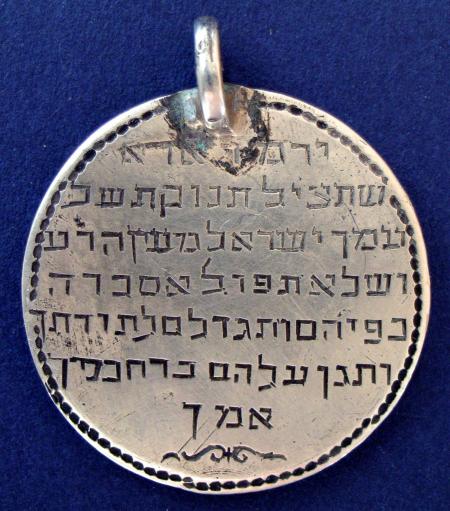