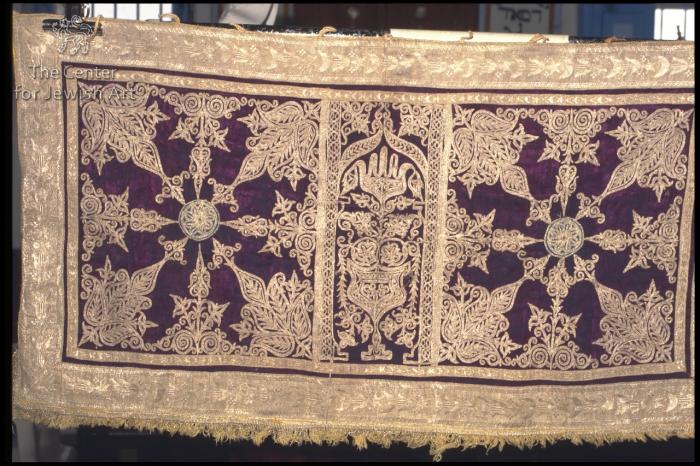 The rectangular Torah case wrapper is divided vertically into a central narrow rectangle, flanked by two square panels. The central panel is adorned with an elongated ogee arch, enclosing a vase topped by on open hand (hamsa).

The side panels are decorated in a symmetrical pattern, depicting four foliate patterns forming rhomboids, set on each of the corners, point towards a central open flower, and surround it.

The rhomboids are formed by scrolled fleurs-de lys, while four smaller flowers are set between them.

The entire wrapper and the panels are framed with stripes decorated with a pattern of open hands (hamsa), crescents (hilal), stars and flowers. 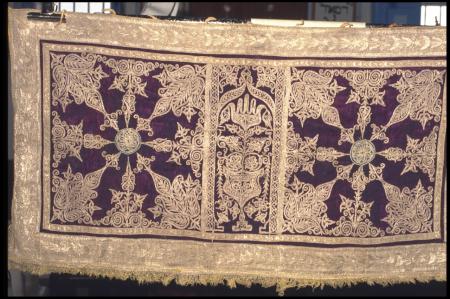 The strips are of French origin, and were especially made for the North African customers.