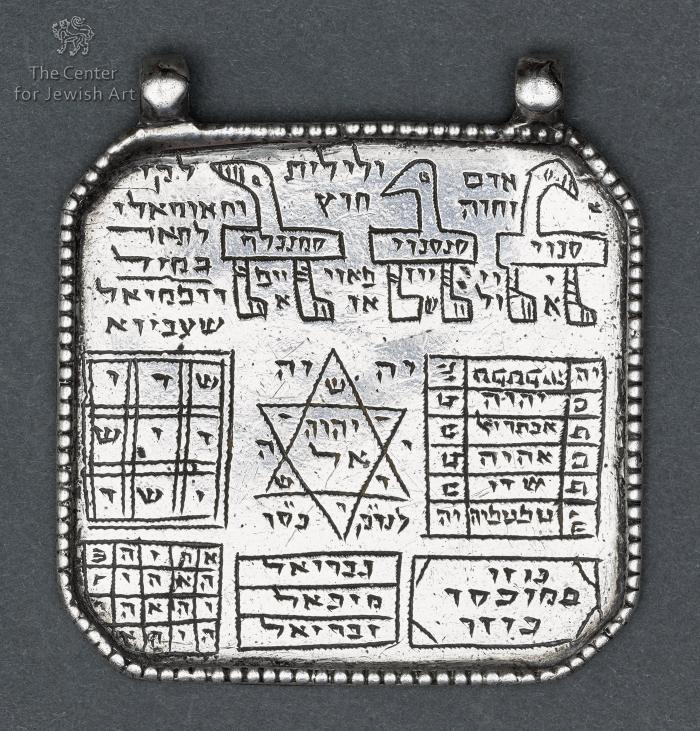 This amulet shape of an almost square form with clipped corners is among the most common for Kurdistani talismans. They were made for numerous contexts, including the protection of birthing mothers and their children, as is documented in a famous picture of a child from Sandor, in Iraqi Kurdistan, wearing such an amulet on a chain over her shoulder. This shape also is found in smaller sizes, and all the sorts are often found, not only with inscriptions, but with designs of magic squares of amuletic abbreviations, the Magen David and the hamsa. This is a unique example displaying the 3 angels directly copied from the book "Raziel Hamalach".

While the form is typical of Iraqi amulets, the inscriptions include a depiction of the three angels Sanoi, Sansanoi and Samangalaf as pictured in the book Raziel Hamalach from Amsterdam, 1701. This is the only recorded Kurdish amulet with such a decoration. On the reverse side is a very long list of angel names, as is common on Iraqi Kurdistan amulets. On the side with the depictions of the angels is a group of magic squares and images for the protection of a birthing mother and her child, as portrayed in the Ashkenazi manuscript "Kabbalah Ma'asit". This type of amulet was called "Shaddai" or "Yahadonai". They often accompanied individuals from childhood. It includes a protection against night fears as well. 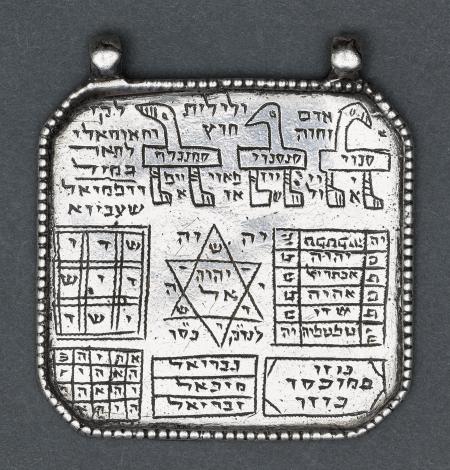 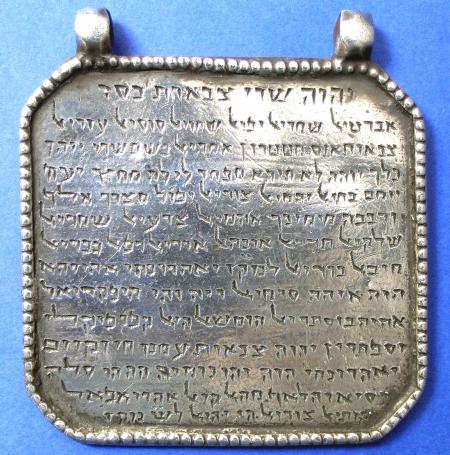