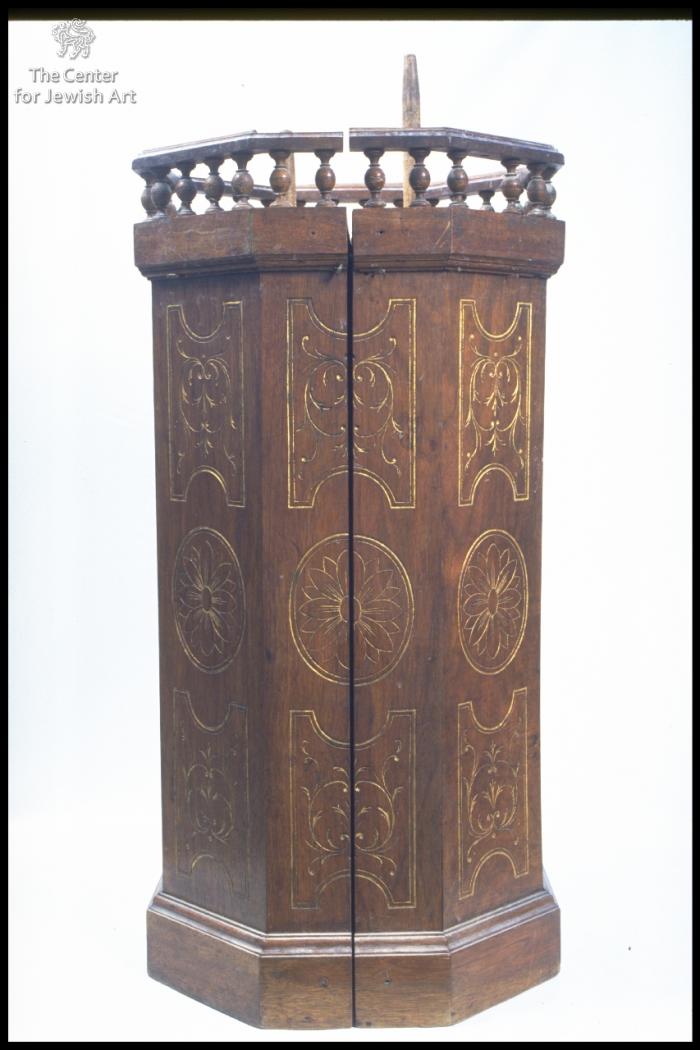 The Torah case is divided into two vertical halves at the centre of its front facet, while the back facet is separated from the body and attached to each half by hinges. The case comprises eight facets and is encircled at its upper and lower edges by two strips creating two friezes. Each of the body's facets is decorated with a vertical pattern formed by a central medallion enclosing a rosette and two rectangles with upper and lower concave sides, set on top and below. The rectangles are enclosing foliate scrolls.

The parapet like coronet is shaped as an arcade comprising a vase shaped columns topped by a wooden frieze.

The inner face of the Torah case is of plain wood. Each half has a double shelf at the bottom and the top. The lower space is blocked by a bar with a rectangular opening for inserting the hands while raising the Torah.  A bar with six round holes blocks the space between the upper shelf and the ceiling. 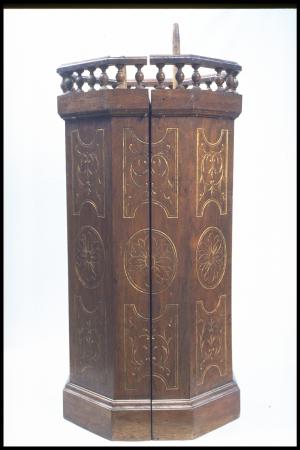 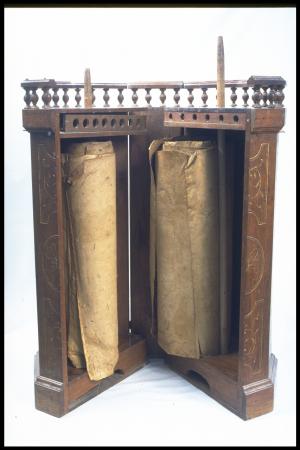 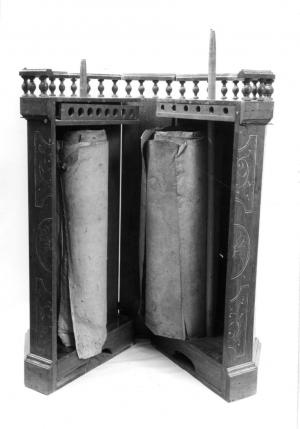 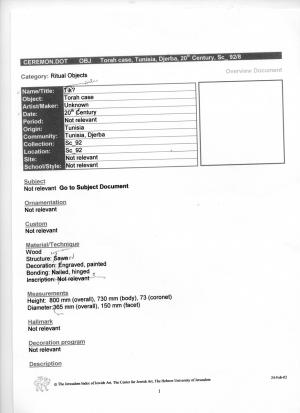 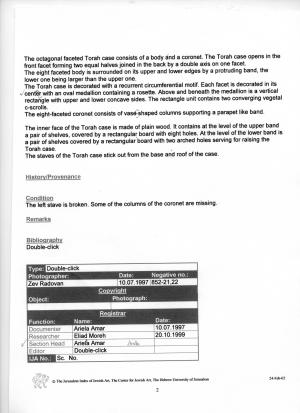 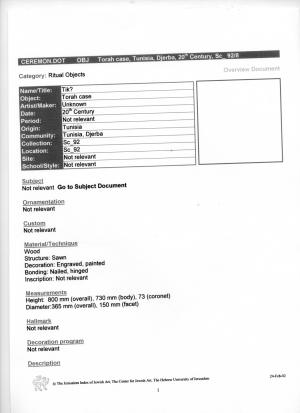 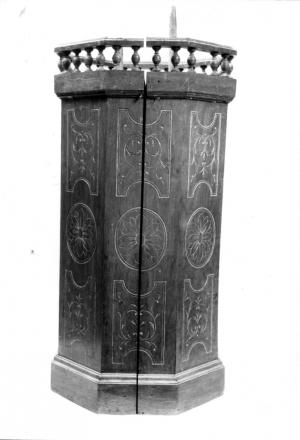 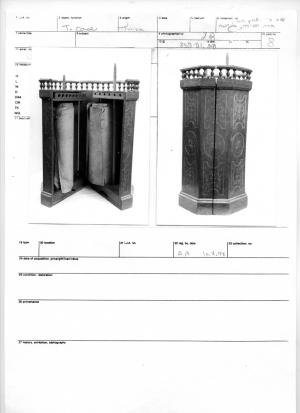 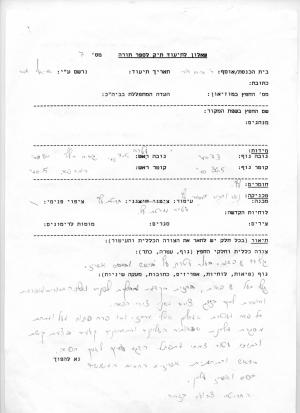 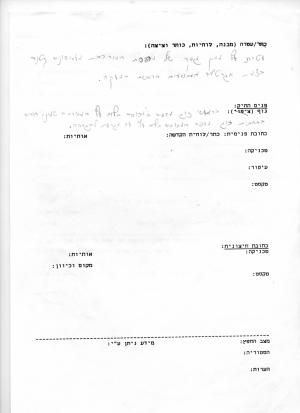