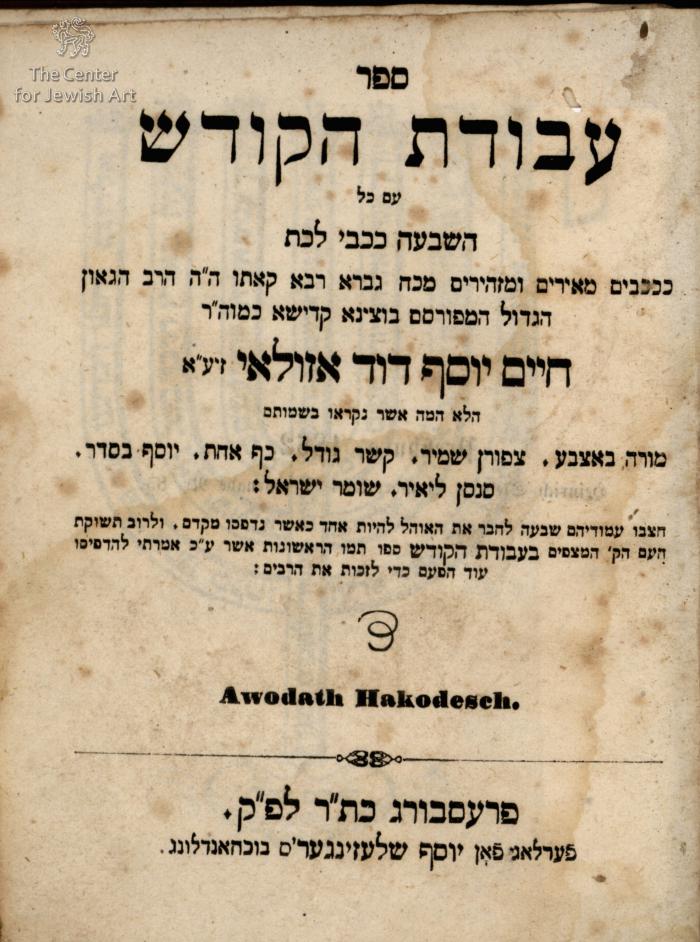 This is a compilation of moral treatises by the Chida, Chaim Yosef David Azulai. The first edition was issued in the 1770's in Livorno and has been published in more than 100 editions since them, while this edition of 1860 includes Psalm 67 in the shape of a menorah on the rear of the title page.
Several kabbalistic and liturgical works in one volume. R. Hayyim Yoseph David Azulai (known by his Hebrew acronym HIDA, 1724–1806), halakhist, kabbalist, emissary, and bibliographer. The Hida was born in Jerusalem; he was descended on his father's side from a prominent family of rabbis and kabbalists from Spain while his mother was a daughter of Joseph Bialer who had gone to Erez Israel with R. Judah Hasid in 1770. He studied under some of the outstanding Jewish scholars of his age including R. Jonah Navon, R. Isaac ha-Kohen Rapoport, and R. Hayyim ibn Attar. R. Azulai attained early eminence in Jewish studies and was regarded by the Jewry of the Ottoman Empire and of Italy as the leading scholar of his generation. He was highly esteemed, too, by the Jews of Germany, especially after the publication of his works.
Avodat HaKodesh that includes four essays: 'Moreh Ba'Etzba' - Dinim and good customs for the days of the year; 'Tziporen Shamir' - the laws of Tefila, Tefillin, Takanat Ha'Shavim; 'Kesher Godel' - the laws of Tefillin, Tzitzit,Tefila and Berachot; 'Kaf Achat' - with various Segulot. By Rabbi Chaim YosefDavid Azulai (the Chida). 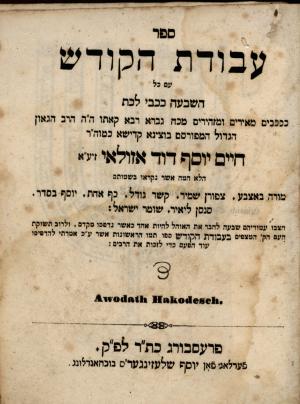 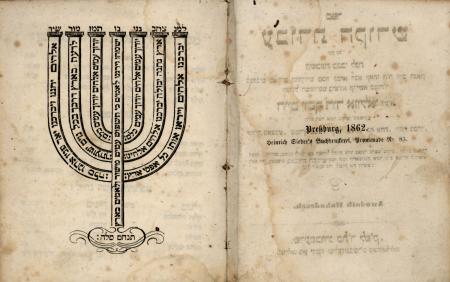