The Torah case is divided into two vertical halves at the centre of its front facet, while the back facet is separate and attached to each half of the case by hinges. The body is composed of twelve facets and is encircled at its upper and lower edges by two pairs of strips, creating two friezes.

The body is painted with a blooming garden of flowers and leaves in red, blue, light brown, beige, white and gold, set against a green background. Birds and fish are interlaced within the flora, such as a golden bird with red and white feathers facing the opening; red fish faces upwards; a blue bird facing left; a brown bird looking upwards and facing the opening; a fish and a blue bird looking up.

The openwork coronet is composed of twelve units which continue the body's facets. Each unit is formed of a symmetrical pattern of two lotus flowers, set one above the other, and flanked by scrolls. The coronet is painted at its inner side with red and at its outer side in red and black.

The inner face of the Torah case is of plain wood, painted in red. Each half has a double shelf at its bottom, used for inserting the hands, when lifting up the Torah, before the reading.

Two holes for inserting the Torah scroll staves appear at the bottom and top.

The shape and structure of the Torah case are typical to the Tunisian cases. However, its decoration is unusual, and may have been modeled after Ottoman fabrics. 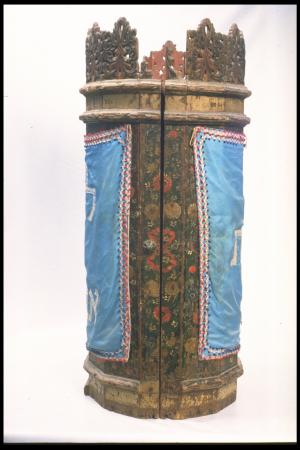 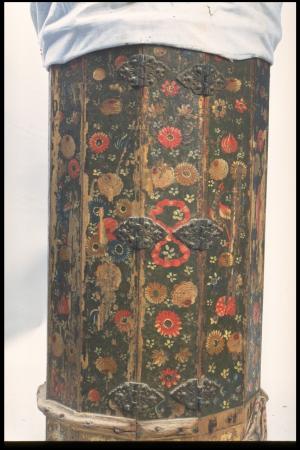 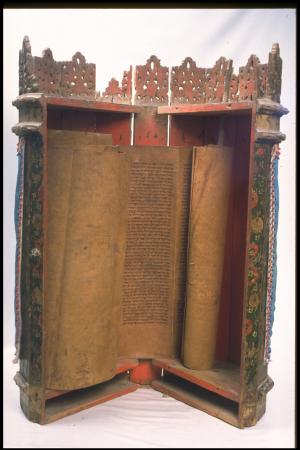 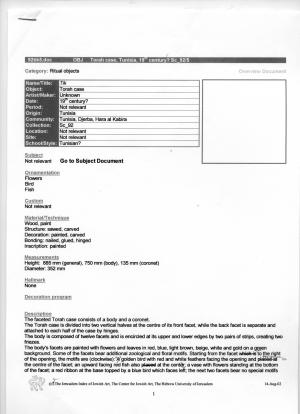 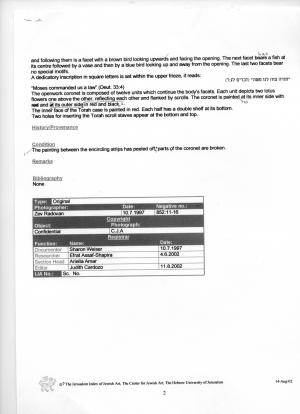 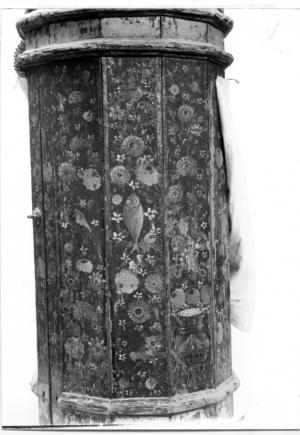 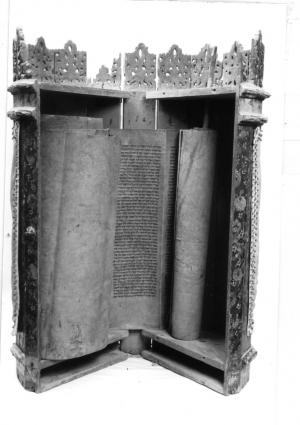 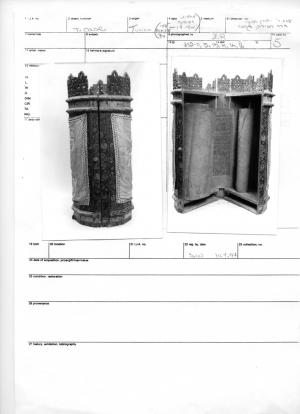 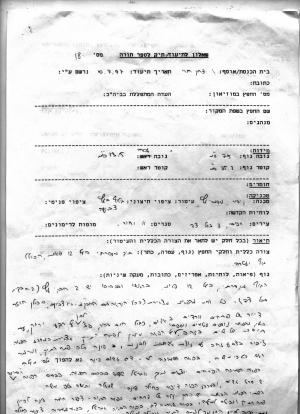