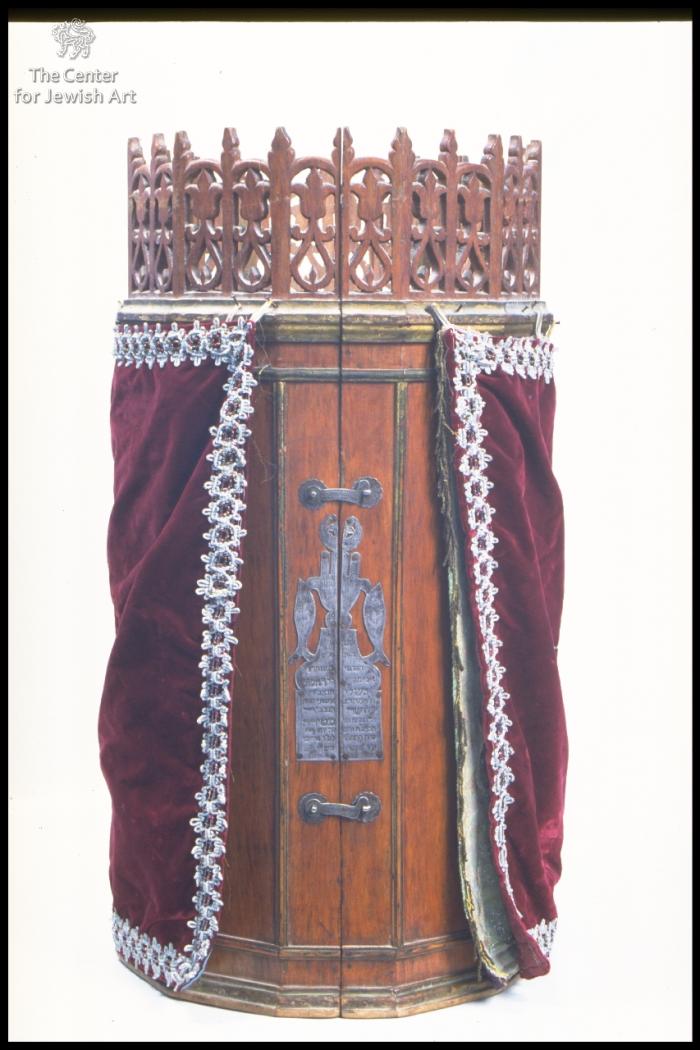 The Torah case is divided into two vertical halves at the centre of its front facet, while the back facet is separated from the body and attached to each half by hinges. The case is comprised of twelve facets and is encircled at its upper and lower edges by two strips creating two friezes. Each one of the body's facets is framed by a similar thin, grooved, strip colored in gold.

An inscribed dedicatory plaque is attached to the centre of the front facet. The plaque is shaped as an arch topped by an onion-shaped dome. An open hand (hamsa) surmounted by a crescent enclosing a star (illal) is mounted over the dome. Two vertical fish flank the arch. The plaque is divided vertically, following the case's opening.

The inscription is engraved in square filled letters and reads (fig. 1):

Two floral hooks are attached to the front, above and below the plaque. Nails for hanging the Torah wrapper are attached above the upper encircling strip.

The open-work coronet is composed of twelve units which continue the body's facets. Each of the coronet's facets is formed of a pair of arches separated by a column topped by a bud-shaped capital. The arches enclose a tulip mounted over a drop-shaped unit, containing a small bud at its base and two scrolls at its top. Wider stems, similar to the ones in the middle of each facet, divide the facets.

The inner face of the Torah case is plain wood. Each half has a double shelf at the bottom and the top. The lower space is blocked by a bar with a rectangular opening for inserting the hands while raising the Torah and four round holes at the side. A bar with six round holes blocks the space between the upper shelf and the ceiling. 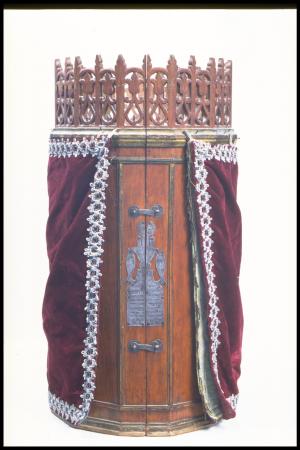 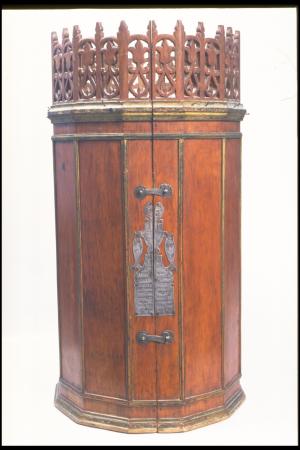 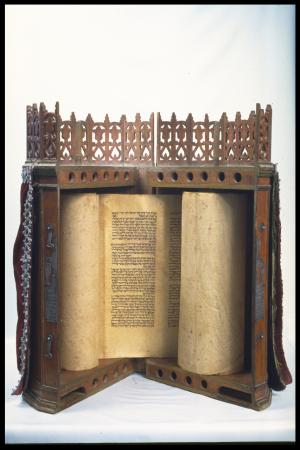 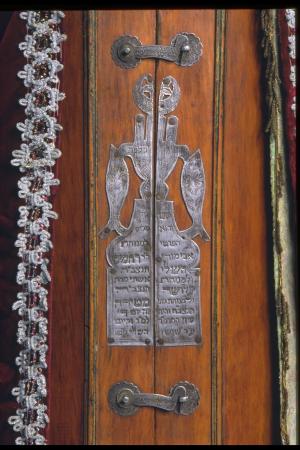 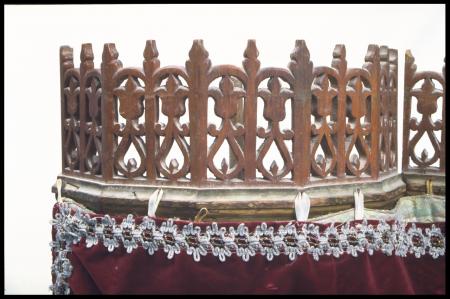 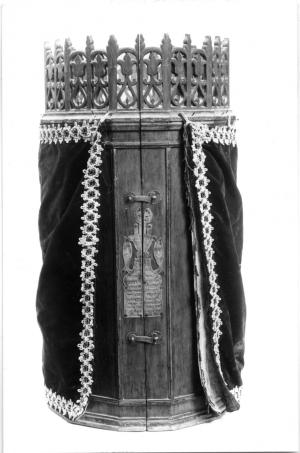 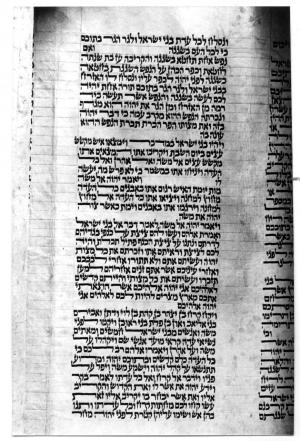 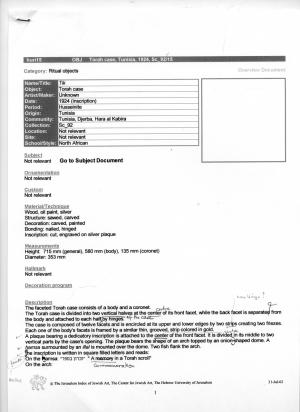 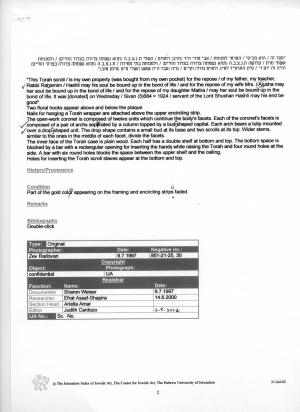 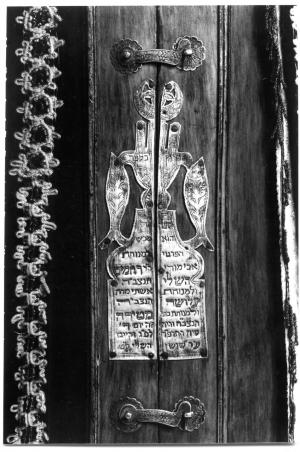