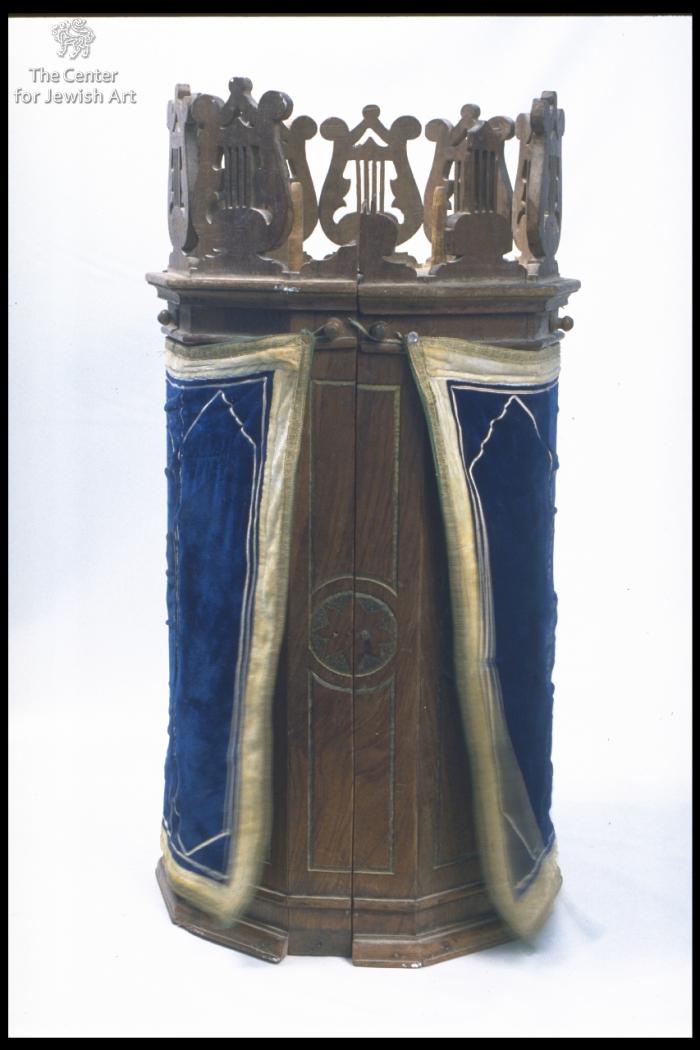 The Torah case is divided into two vertical halves at the centre of its front facet, while the back facet is attached to each half by hinges. The case comprises ten facets and is encircled at its upper and lower edges by two pairs of stepped strips, creating two friezes. Six knobs for hanging the Torah wrapper are set above the upper frieze.

Each facet is decorated with a central medallion, enclosing a pointed star and is framed with a linear contour, all painted in a gold.

The openwork coronet is composed of ten units which continue the body’s facets. Each unit is shaped as a scrolled harp mounted over an arched base.

The inner face of the Torah case is of plain wood (fig. 1). Each half has a double shelf at the bottom and the top. A bar with nine holes blocks the space between the upper shelf and ceiling, while the bottom space is blocked by a bar with a rectangular opening, to insert the hands, while raising the Torah.

Two holes for the Torah scroll staves appear at the bottom and the top. 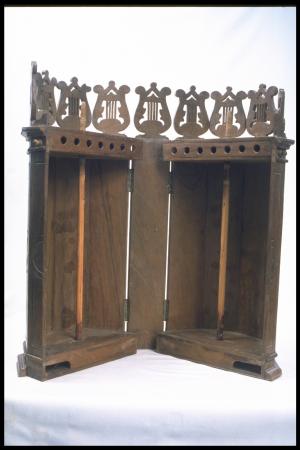 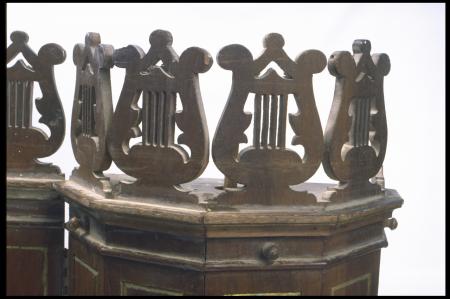 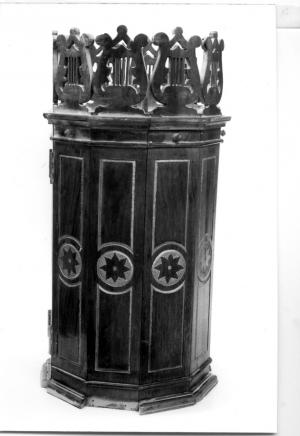 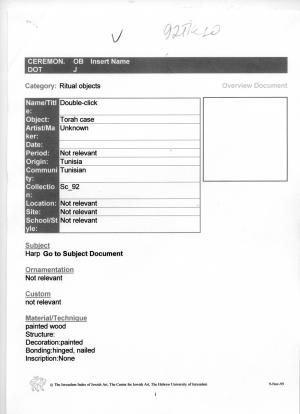 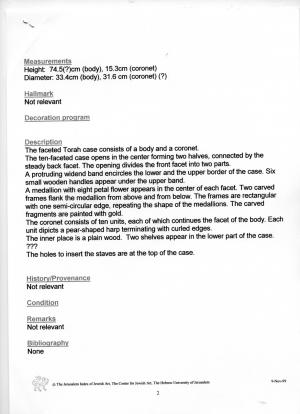 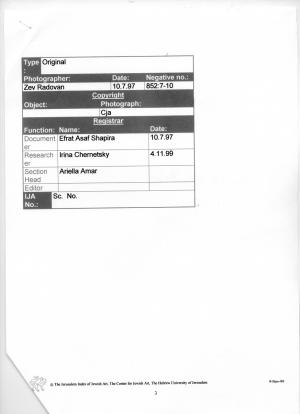 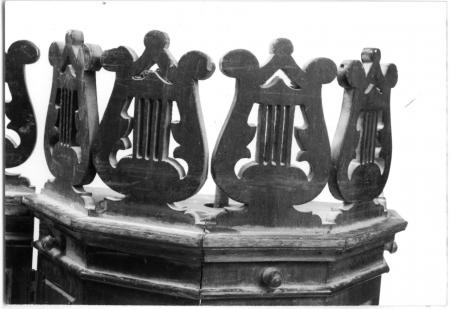 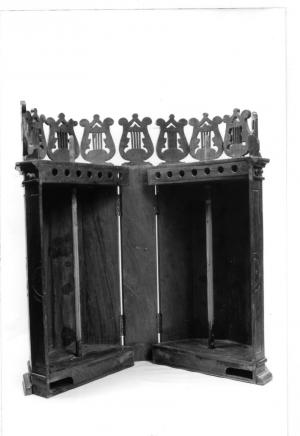 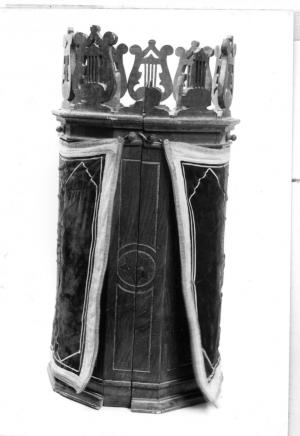 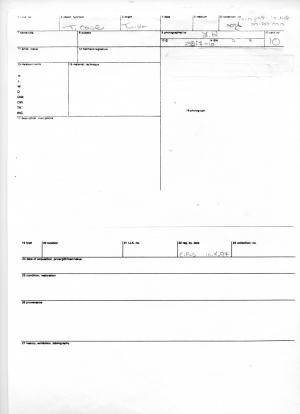