While most Jewish plates stand on their own, this example of an unusually-shaped plate is internally linked with a large cup, also in the Gross Family Collection, 017.001.057. This place was originally dedicated to a synagogue in 1802.  According to the inscription, it was further "renewed" and rededicated in 1812. Also in 1812 a chalice type wine cup, the one in the collection, was dedicated to the synagogue.  Its base fits perfectly into the indentation in the center of the plate.  The "renewal" of the plate was most probably the forming of that center part to make a stable resting place for the cup. Both the plate and cup and their combination are unusual for their size and would have been for use in a synagogue, not a private home. The forms are reminiscent of the shapes and forms of Church silver and quite unusual in the Judaica world because of that, their intimate linkage and their impressive dimensions as well as their unusual geographic origins. 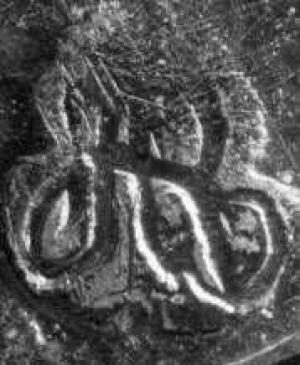 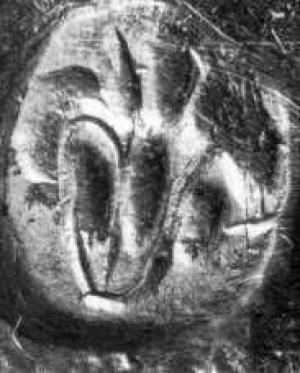 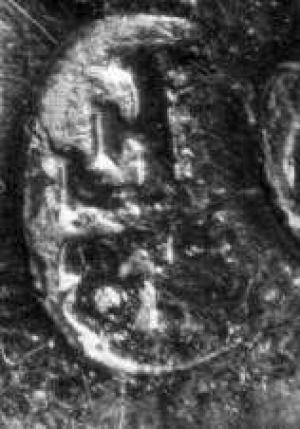 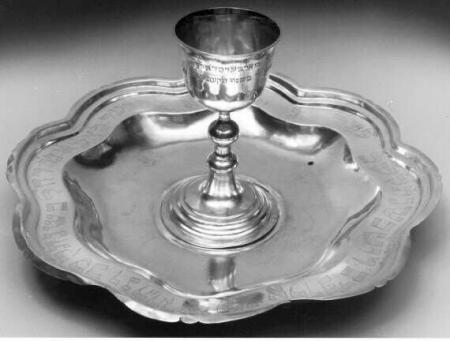