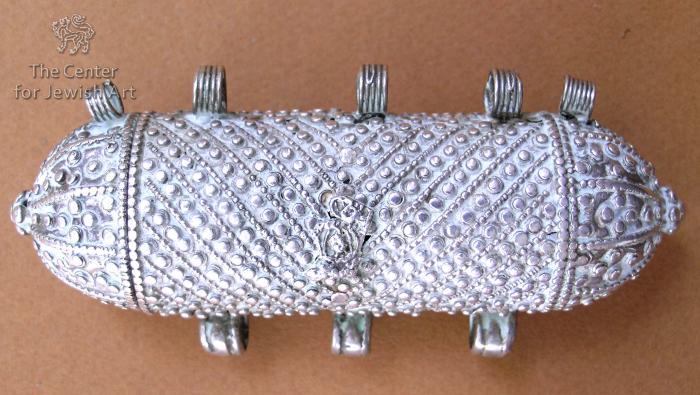 This large, granulated amulet case appears to be of a relatively early date, probably from the end of the 19th century. A rolled paper or parchment amulet would be placed inside and the case worn on a chain or as part of a necklace. 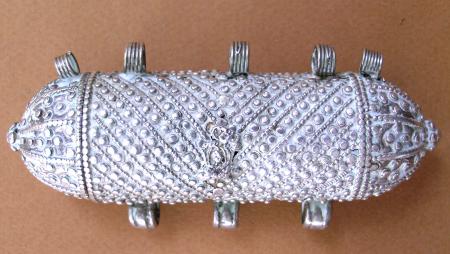