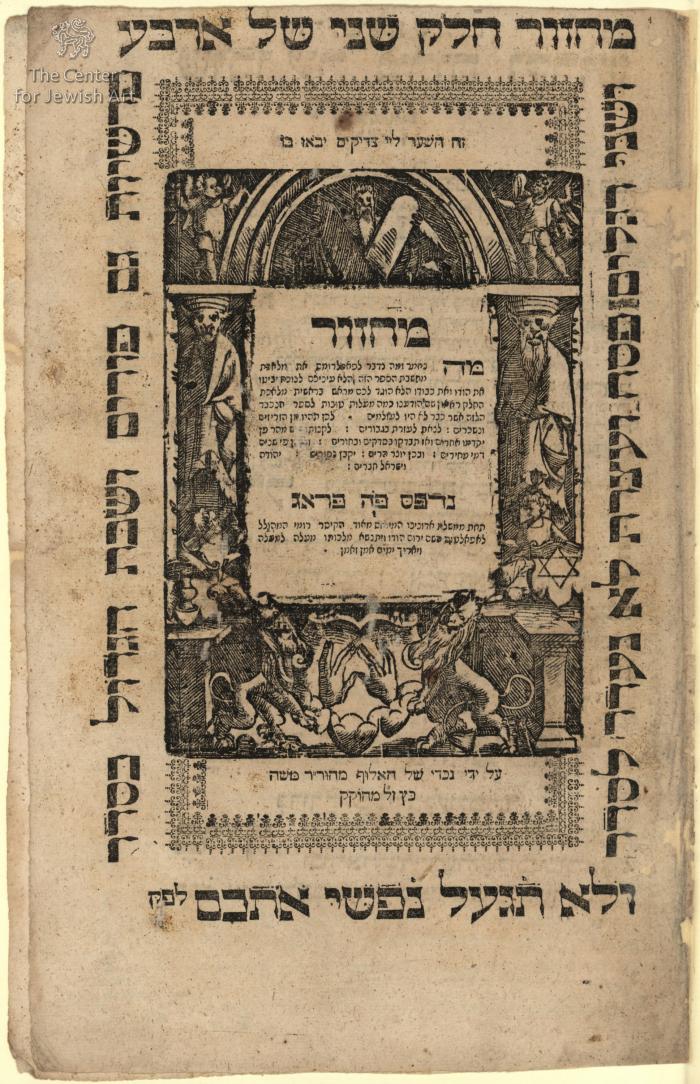 Title page and three other pages from a Machzor, the printing of which was apparently not completed.
The ornate central frame used for the title page was used by the Gersonides press already in the 16th C (see GFC B.1475, 1590, where it appears without further embellishements). The frame is laden with images and symbols. At the top is depicted Moses with the tablets of the Law, flanked by cherubim. Moses is presented, however, with an animal-like visage. So too are the two bearded figures that appear on the sides. Below these figures are two seated young boys, one holding a bird and one holding a shield on which is shown the Star of David. It is in the Prague Jewish community that we find some of the earliest uses of this symbol. At the bottom of the page is the printer’s mark of the Cohen (Gersonides) family of Prague, depicting the hands of the Cohanim in a cartouche, supported by two rampant lions.
The pages were issued by the grandsons of Moshe Katz, who served as the head of the Gersonides printing house from 1601-1628. The largest Hebrew printing-press in Prague, the Gersonides continued to print independently until 1784, when their press merged with that of Jacob Bak's descendants, as the firm of Bak and Katz. 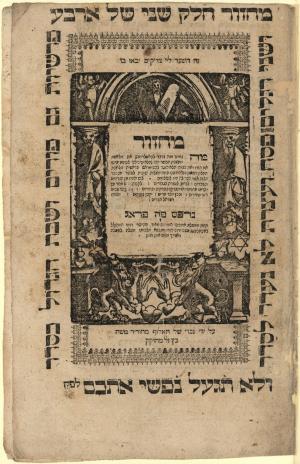 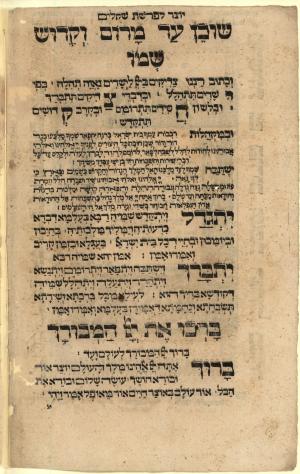 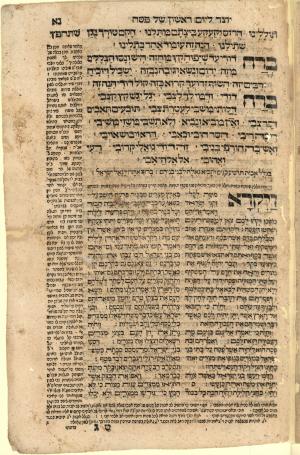 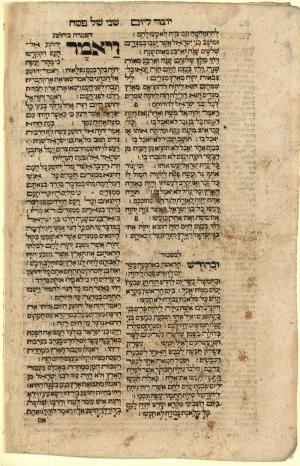