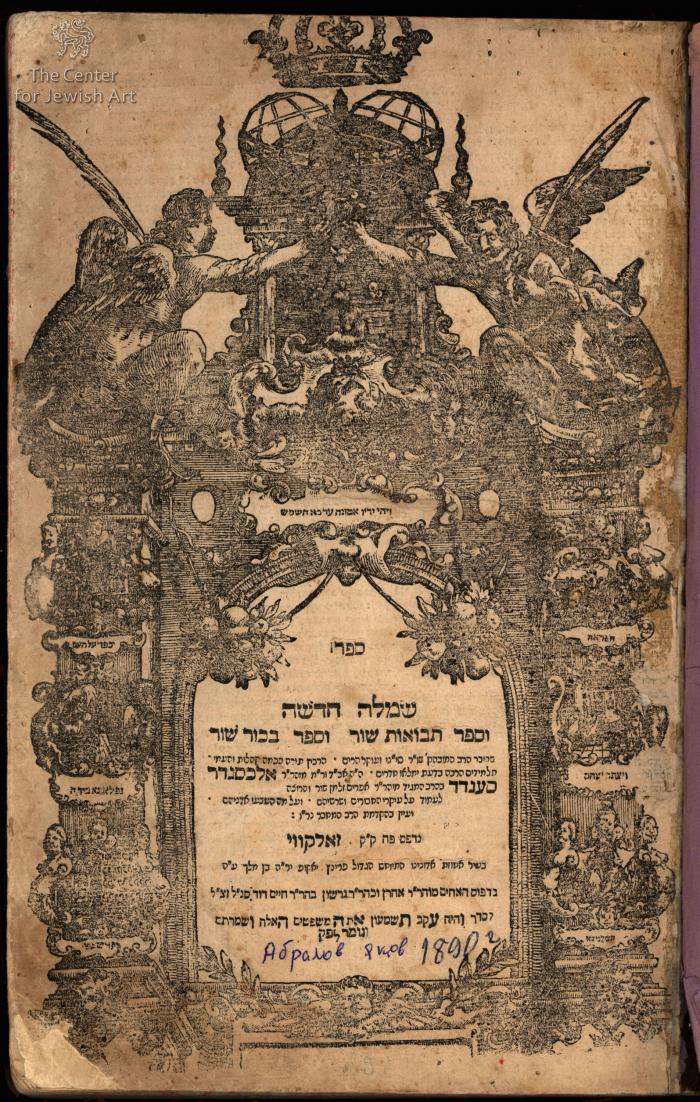 The Simla Chadasha is a compendium on the Jewish laws of ritual slaughter (Shechita).[1] It was written by Rabbi Alexander Sender Schorr in the 18th century. Rabbi Schorr was the son of Rabbi Ephraim Zalman Schorr, the son of Rabbi Shmuel Shorr, the son of Rabbi Naftali Hirsch Schorr, the son of Rabbi Moshe Ephraim Schorr. They were direct descendents of Rabbi Yoseph Bechor Schorr of Orleans, one of the most famous of the French Tosafists.
Even in his youth, Rabbi Alexander Sender Schorr was the Chief Justice of the Rabbinic Court in the town of Hovniv directly outside of Lvov. While his work was published he lived in the town of Zelkava.
Use of the Simla Chadasha has become so ubiquitous that it has replaced the Shulchan Aruch as the definitive work on ritual slaughter. Any candidate who wishes to become a shochet (ritual slaughterer) is no longer tested by Rabbis on the laws found in the Shulchan Aruch—he is tested instead on his knowledge of the Simla Chadasha. The famed Rabbi Moshe Sopher, also known as the Chassam Sofer,[2] describes the Simla Chadasha with the following words, "His words are the words of the Living God". The work was published well over one hundred times.[3]
Rabbi Schorr died on Tuesday, January 29, 1737, or the 27th of Shevat in the Hebrew year 5497.[3] His tombstone is still extant in the Jewish cemetery in Zelkava.
The Simla Chadasha is in essence a restatement of the Yoreh De'ah section of the Shulchan Aruch that deals with the laws of ritual slaughter and some of the laws of defective animal lungs.
This frontispiece was first used in Amsterdam and somehow the woodblock traveled and was used in Zolkiew. 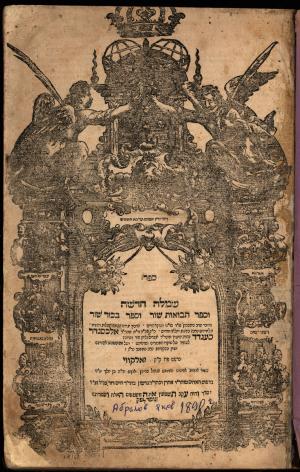 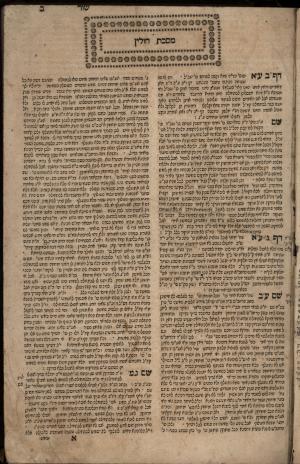