Most Jewish women of the 17th and 18th centuries were unable to read Hebrew, but were familiar with Yiddish. At the same time almost all editions of the Bible were published in Hebrew. There arose a popular literature of Bible stories for women in the Yiddish language. This book was named "Tzeena u-Reena" and was published in many editions, particularly in Southern Germany.
Attractive illustrated edition of the Ze’enah u-Re’enah on the Torah, Megillot, and haftarot. The text, often referred to as Teutsch Humesh, is in Yiddish, set in Vaybertaytsh, a type generally, but not exclusively reserved for Yiddish books. The earliest editions of the Ze’enah u-Re’enah were not illustrated, although it later became the practice to do so, as the nature of the text calls for a visual compliment. Sulzbach, where this edition was printed, was a center for illustrated editions of the Ze’enah u-Re’enah. The art work in the various editions of Ze’enah u-Re’enah have been the subject of scholarly studies. The text of this Sulzbach edition is accompanied by numerous finely cut illustrations.
Ze’enah u-Re’enah was written by R. Jacob ben Isaac Ashkenazi of Janow at the end of the 16th century. It gained universal acceptance among Ashkenazi Jewry. Used primarily by women as reading matter on the Sabbath, it has retained its great popularity up to the present day. The work consists of discourses on selected topics or passages from the weekly portion of the Pentateuch, the haftarot, and the Megillot, comprised of a combination of peshat and derash, interwoven with material from Midrashim and other sources, such as R. of Bahya ben Asher. The stories in Ze’enah u-Re’enah are topical comments on moral behavior. Although the Ze’enah u-Re’enah is today generally considered a work for women, this was not the original intent, the frontispiece on the oldest extant edition states that “this work is designed to enable men and women... to understand the word of God in simple language.” The popularity of Ze’enah u-Re’enah is attested to by the fact that it has been translated into several languages, including English. R. Jacob ben Isaac Ashkenazi also wrote Meliz Yosher, also a homiletic work.
This book is a miscellany of Midrashic tales and exegetical commentary, woven around a Yiddish rendering and paraphrasing of the Chumash, Haphtaroth and the Megillot. The Tzeena u-Reena is the most renowned Yiddish work of homiletical prose and has been particularly beloved by generations of Jewish women. Written in a lucid, flowing style, the numerous editions issued over time has resulted in that the text of the book has become a laboratory in researching the development of the Yiddish language.
The book was often illustrated with charming woodcuts to keep the interest of the readers. This example is printed in a much larger size than almost all other editions of this popular book . The quality of the illustrations is also considerably better than that normally found in later printings. The title page is an elaborate one, a model used on other prints from Sulzbach as well, with the figures of Moses and Aaron standing by the two columns of a gate motif. The illustrations inside, as with most biblical illustrations in Hebrew letter printed books, are based on antecedents from illustrated Christian bibles. The primary sources for the artist were the illustrations by Holbein from the 16th century and those of Matheus Merian from the first third of the 17th century. The illustration on the left is of Moses in the desert before the burning bush, while on the right is the scene of pharaoh’s daughter finding the baby Moses in the river.318 pp.
EJ; M. Erik, Geshikhte fun der Yidisher Literatur (1928), 223–30; Milly Heyd, “Illustrations in Early Editionms of the tsenbe-u’Rene”, Jewish Art X 1984 pp. 64-86; JE; Ch. Lieberman, in: Yidishe Shprakh, 26 (1966), 33–38; 29 (1969), 73–76; Ch. Shmeruk, in: For Max Weinreich on his Seventieth Birthday (1964); 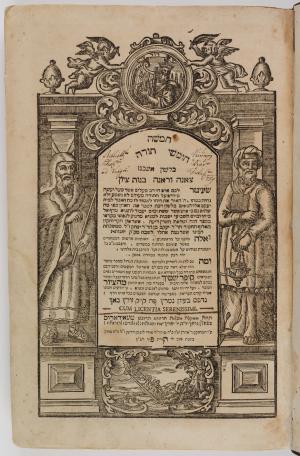 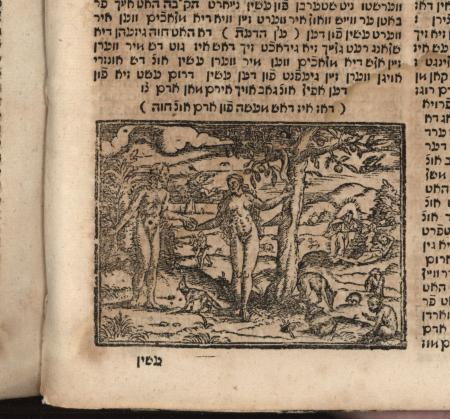 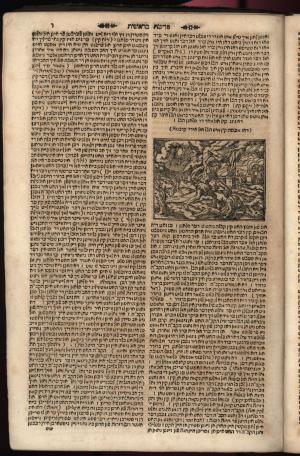 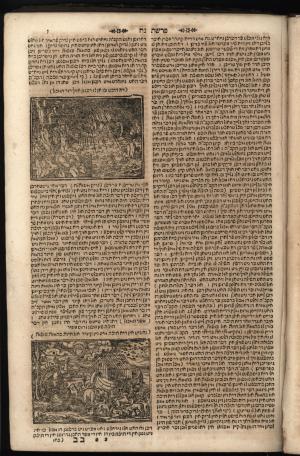 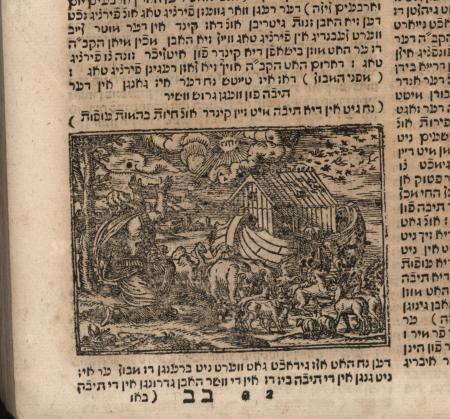 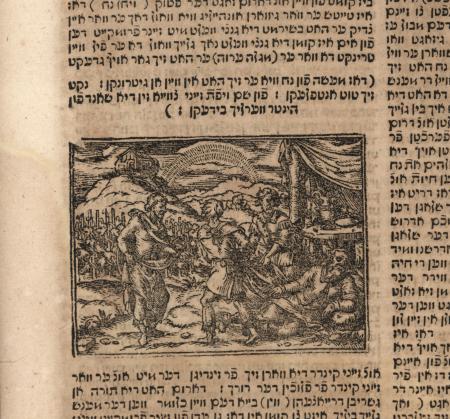 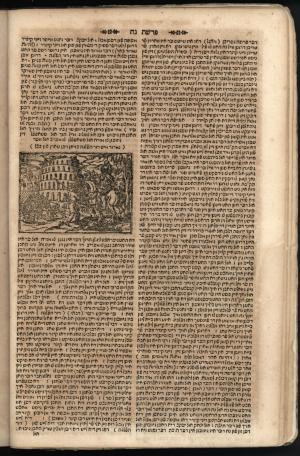 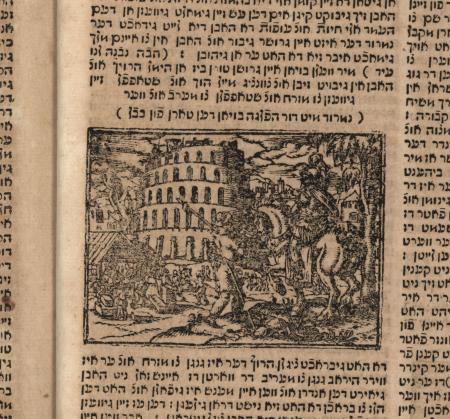 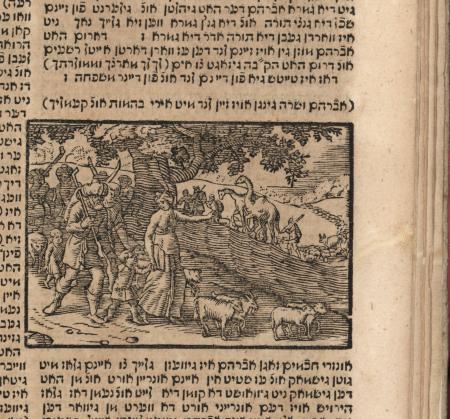 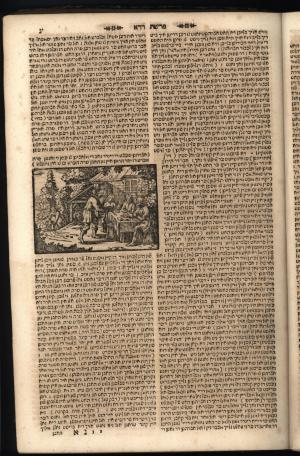