This amulet is in the form of a large hamsa with a small eagle in top center and two cast swords placed at the sides. The decorative patterns are those used by the silversmiths in Azemour, an origin confirmed by the silver marks on the back. The image of the eagle is a symbol of spring, renewal, and power of protection. The swords, the "Tajdid", protection against Lilith and in general to chase away evil spirits, indicate that this was created as a birth amulet or for a person who simply has troubles. The hamsa inside another hamsa, signifies inside protection as well as outside. The half circles symbolize the eye which is itself an antidote against the “evil eye”. 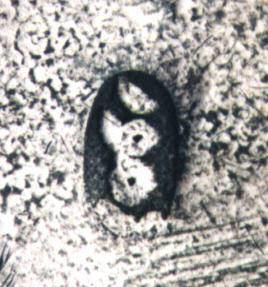 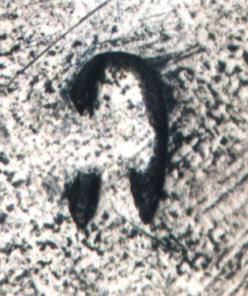