This amulet is marked with silver marks on the back showing a very early date for such items: the end of the 19th century. Most examples known are dated well into the twentieth century. This example is a "Luha" shape with an arabesque at the top, carrying cut out fingers below, one of which is missing. The hamsa form would confer a general protection upon the wearer. 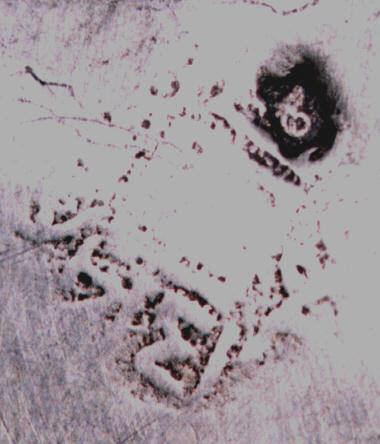