This is a large silver amulet in Azemour decorative style with two cast swords attached to the sides. The swords, or "Tajdid" in Arabic, are against Lilith and indicate the use of this talisman as a birth amulet for protection of both mother and child. In the middle is engraved a stylized hamsa. The double use of the hand indicates protection both from without and from within. The half circles represent the eye which is itself an antidote against the “evil eye”. The city of origin is indicated by silver marks punched into the back of the amulet. 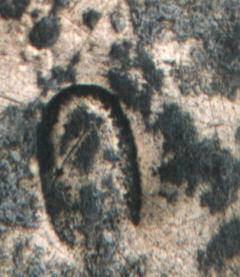 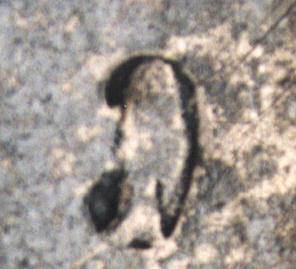