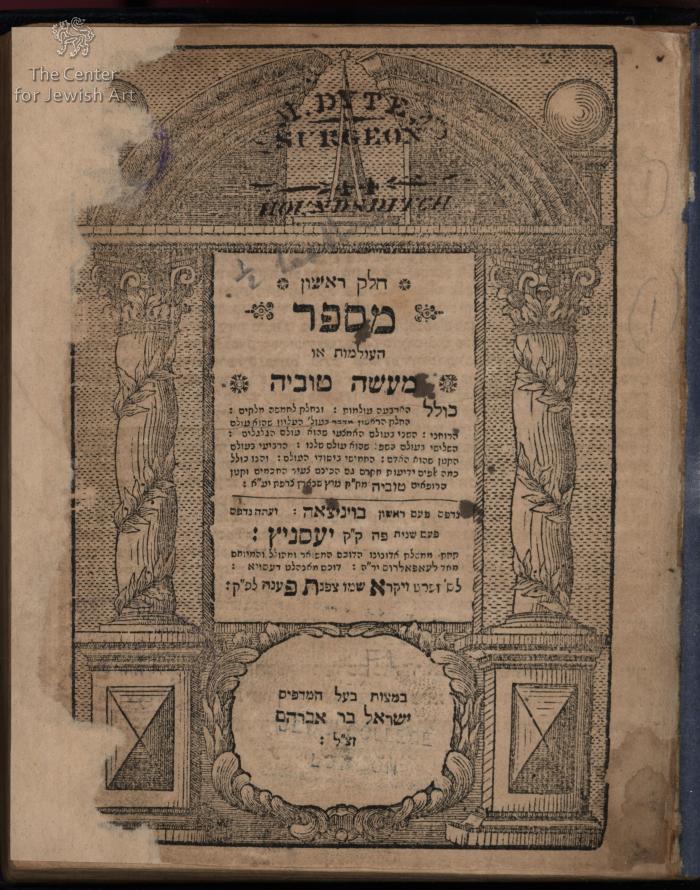 "Ma’aseh Tuvia" [also known as Sefer Ha’olamot], Parts 1-3. Astronomy and research, medicine and anatomy, by the physician Rabbi Tuvia Katz. Jessnitz, [1721]. Second edition. Many diagrams and illustrations depicting various subjects relating to nature. Separate title pages for Sections Two and Three.
A celebrated encyclopedia of natural sciences, as well as a lexicon of pharmacological and botanical terms in Hebrew, Latin and Turkish; and most significantly, an important section on medicine, including anatomy and gynecology. The book includes discussions on the medical properties of tobaccom a dexcription of the 'plica polonica" (Latin for "Polish plait" a hair disease), and an examination of the magdeburg experiment on the vacuum. The author also discusses the future Redemptiuon and the theological and social consequences of the Sabbatian debacle (see pages 24-29). The author, Tobias Cohen, or Tuviah ben Moshe Katz (1652-1729) was born in Metz and raised by relatives in Cracow and his father's untimely death. He studied medicine in Italy at the University of Padua and went on to serve as a court physician in Turkey. Ma'aseh Tuviah was written in Adrianople, today Edirne. See EJ, Vol. V, cols. 692-693 and JE, Vol. IV, pp.161-162.
The volume contains one of the most famous anatomical plates in a Hebrew book (p.106r) and numerous scientific text illustrations. There is an Italian approbation of Ecclesiastical authorities on the final page.
This book is the second edtion of this "most influential early modern Hebrew textbook of the sciences, especially medicine.... No other Hebrew work dealing exclusively with medical and scientific matters was so widely read and appreciated." There are four other editions in the Gross Family Collection. 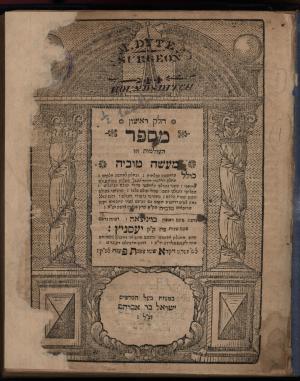 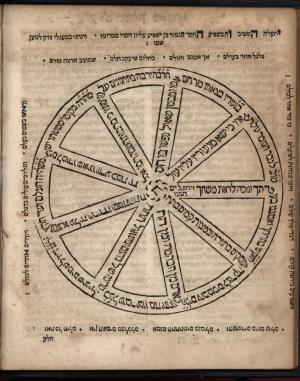 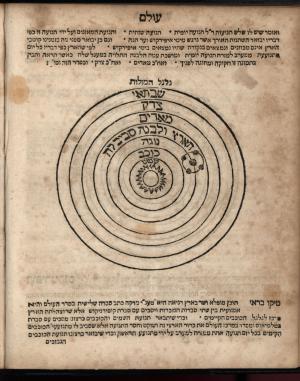