Chochmat Shlomo is a gloss, and comments, on the text of the Talmud. One function of this work is to correct textual errors. In establishing the correct text Maharshal scrutinized the published editions of the Talmud as well as the commentaries of Rashi, Tosafot, and other Rishonim. His comments were later published by his son; an abridged version of Chochmat Shlomo appears in nearly all editions of the Talmud today, at the end of each tractate. The original, separately printed version, is far more extensive, and has now been re-published in the Metivta/Oz ve-Hadar edition of the Talmud. The Chida writes that "I've heard from elders, that the Maharshal is extremely deep; and most hasagot from the Maharsha on the Maharshal, aren't hasagot if the reader will delve deep into the subject"
Solomon Luria (1510 – November 7, 1573) (Hebrew: שלמה לוריא) was one of the great Ashkenazic poskim (decisors of Jewish law) and teachers of his time. He is known for his work of Halakha, Yam Shel Shlomo, and his Talmudic commentary Chochmat Shlomo. Luria is also referred to as Maharshal מהרש"ל (Hebrew abbreviation: Our Teacher, Rabbi Solomon Luria), or Rashal רש"ל (Rabbi Solomon Luria)
Luria was born in the city of Poznań (Posen), in the Kingdom of Poland. His father, Yechiel Luria, was the rabbi of the Lithuanian city of Slutzk and the son of the eminent Talmudist Miriam Luria. The Luria family claims descent from Rashi.[1] Luria studied in Lublin under Rabbi Shalom Shachna, and later in the Ostroh yeshiva under Kalonymus Haberkasten; he later married Lipka, daughter of Rabbi Kalonymus. Students in the yeshiva included Joshua Falk. The Maharshal served as Rabbi in Brisk and various Lithuanian communities for 15 years.
When Haberkasten assumed the position of rosh yeshiva in Brisk, Luria replaced him as the official rabbi of the city and region of Ostroh. Luria later succeeded Shalom Shachna as head of the famed Lublin Yeshiva, which attracted students from all over Europe. Due to various internal problems in the yeshiva, he opened his own yeshiva. The building, known as the "Maharshal's shul", remained intact until World War II.
"Luria rejected contemporary talmudic and legal methodology. He dismissed the then current belief that legal opinions of earlier generations were almost sacrosanct. Luria maintained that his generation had just as equal access to knowledge as those that came before it. Luria believed that it was incumbent upon scholars in each generation to comb the sources from their talmudic beginnings through the tosafists to their own day, analyzing and weighing each matter and all opinions before coming to a well-considered conclusion. To draw legal conclusions on the basis of a simple majority among three leading medieval authorities as Joseph Karo had done in his sixteenth century code of Jewish law, the Shulhan 'aruk, was, in Luria's opinion, simply wrong. Unlike his contemporaries, Luria was unfettered by the weight of medieval halakic traditions and had the independence and boldness of character to overturn almost any opinion in his passionate search for truth.
Meshulam Zalman operated a press in Sulzbach from 1722-1764 (the press had been established by his father, Aharon Fraenkel). In 1764, he turned the shop over to his sons, Aaron and Naphtali, so that he could devote more time to preparing the press for a second Talmud edition (his first, known as Sulzbach Red, was issued 1756-1763). In return, his sons agreed to pay him a weekly pension of ten florin for the rest of his life. He died in 1781.
Commentator: Shlomo ben Yechiel Luria, 1510 - 1573 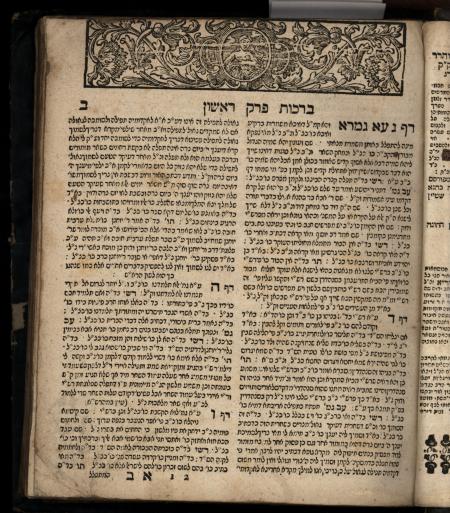 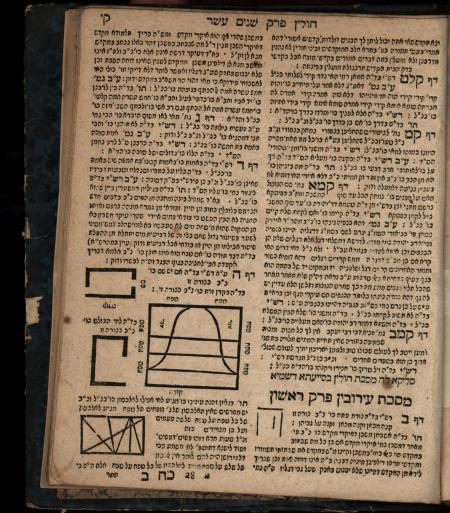 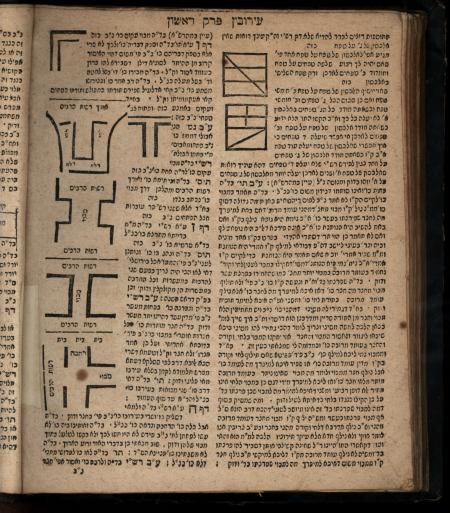 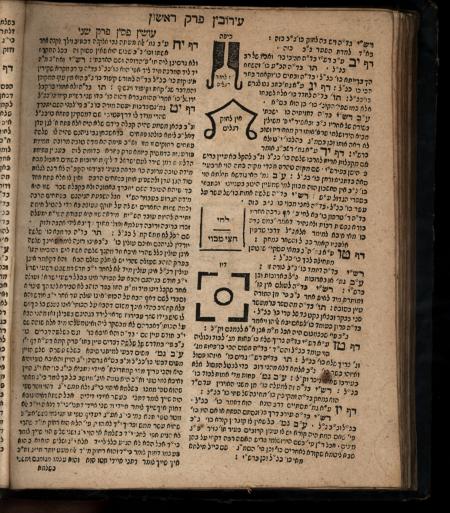 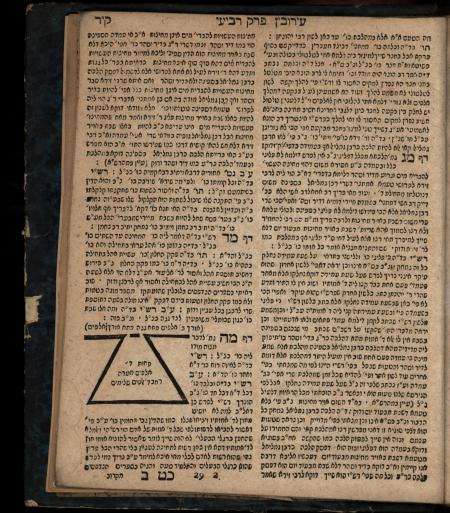 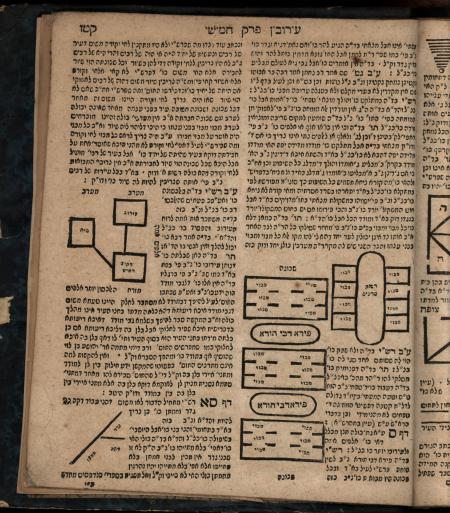