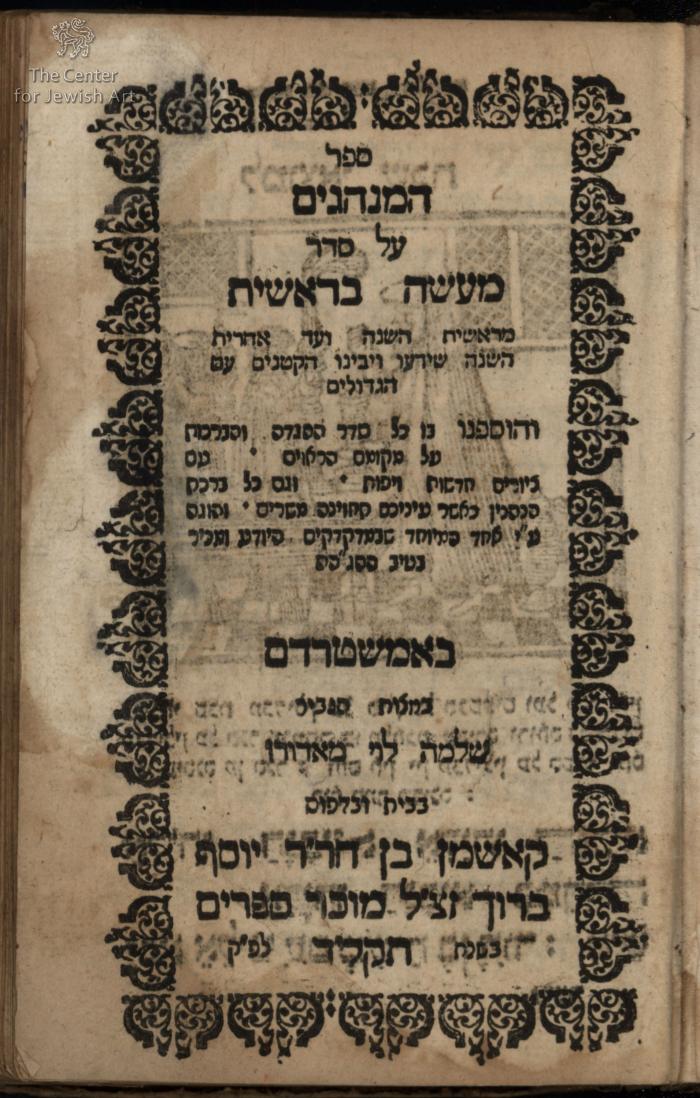 This is one of the last illustrated Minhagim books to be published in Amsterdam. This example, along with one from 1775, also in the Gross Family Collection, marks the end of an almost 130 year tradition of published such illustrated custom books in Amsterdam.
Kosman ben Joseph Baruch was an Amsterdam printer and bookseller. From 1742-1766 he printed in cooperation with his father-law Naftali Hertz Levi Rofe. This partnership eventually ended, but Kosman continued printing with his sons instead until 1781. His name alone appears on the current volume, followed by the title “Bookseller”. 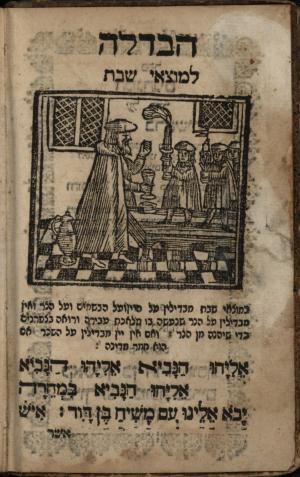 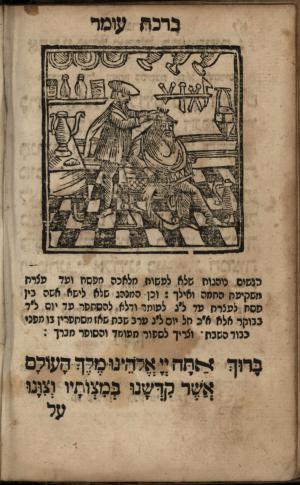 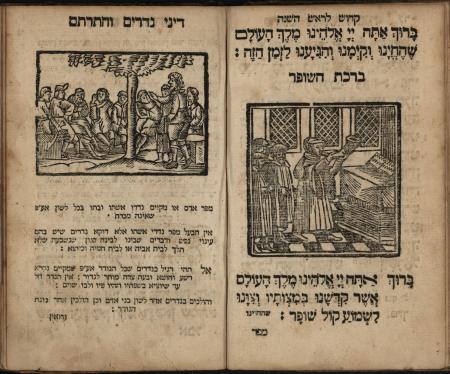 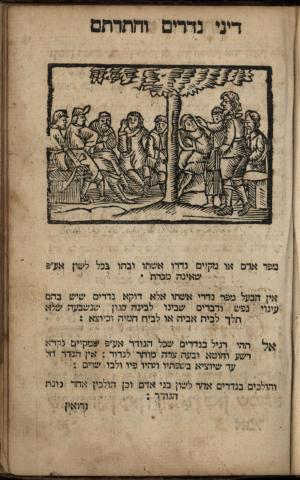 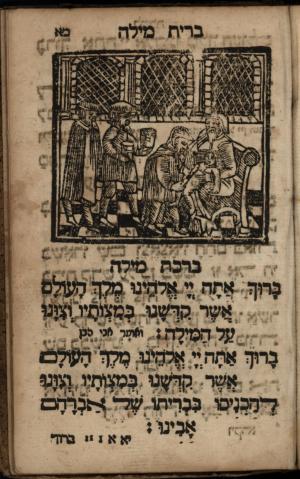 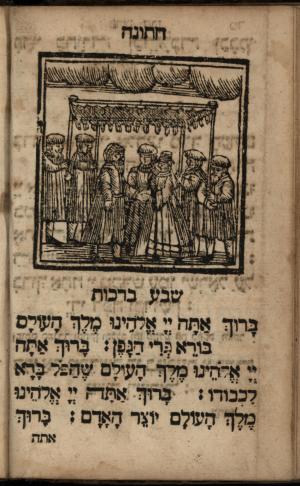 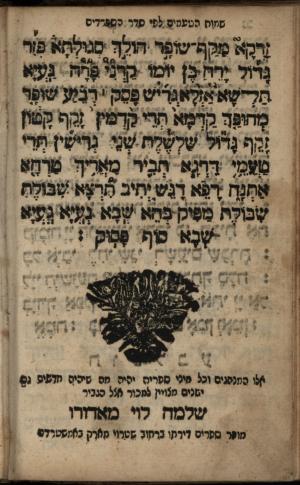