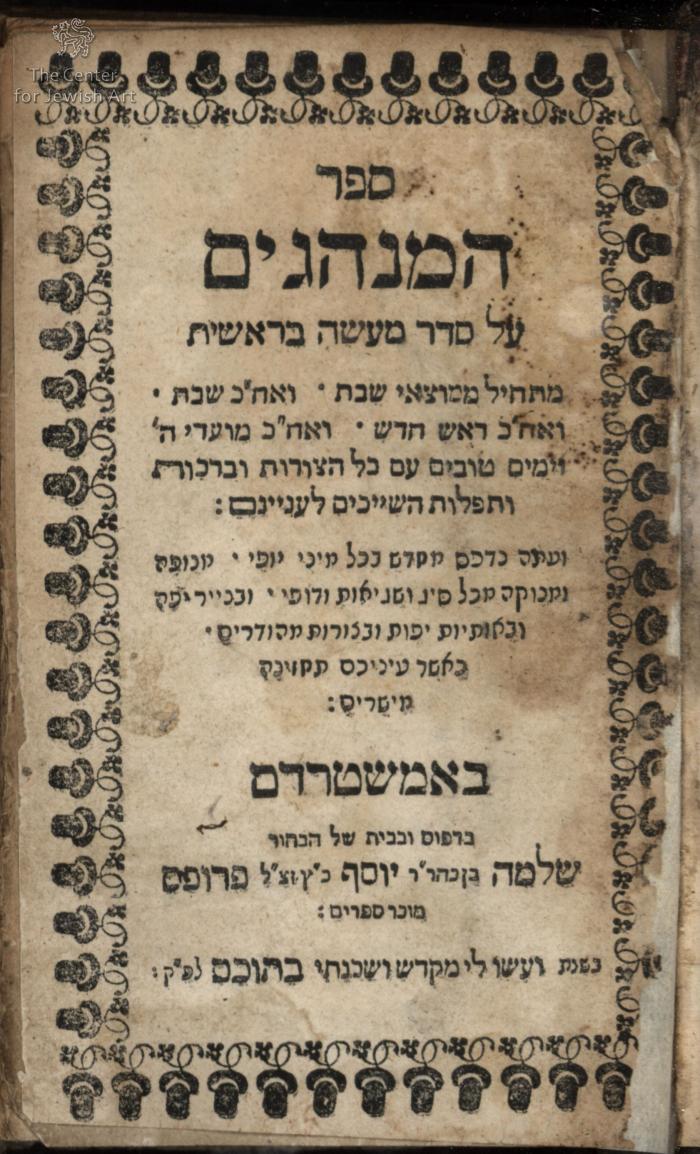 Minhagim books (Yid. Minhogim bukh מינהגים בוך; Heb. Sefer minhagim ספר מינהגים) are collections of religious practices arranged according to the order of the religious year and life cycle. When the genre first appeared in the Early Middle Ages, these volumes focused on local customs, with the purpose of ascertaining their existence and halakhic validity, and preventing them from being forgotten.
Originally written in Hebrew, minhagim books were later translated into Yiddish for the benefit of women and laymen not schooled in Hebrew. The author of the original Hebrew text was the Austrian-Hungarian Rabbi Isaac Tyrnau (c. 1400), but it did not appear in print until 1566, in Krakow. In 1590, a Yiddish translation by Simon Günzburg was printed in Venice by Giovanni di Gara, a member of the (Christian) family who were among the leading producers of Hebrew books in Venice through the second half of the 16th century (despite the periodical bans on printing Hebrew and Yiddish books). Although Yiddish was spoken in Venice, the primary audience was probably the communities in Central Europe.
The earliest printed minhagim books were unillustrated (one or two manuscript editions with illustrations exist). Around the end of the 16th century, however, woodcut illustrations were added to the text to increase the books’ visual appeal and hold the interest of the reader. The earliest published example of such an edition was printed by Giovanni di Gara in Venice, 1593, and employs the same text as his 1590 unillustrated edition. These woodcuts ensured the book’s fame – and popularity – and made it a model for later editions.
A large number of post-1593 printed minhagim books derive their illustrations from the Venice 1593 edition. Most examples are from Amsterdam and Germany, primarily Frankfurt a. M. More than 50 editions of the book were produced between the 16th and 19th centuries.
This small format Minhagim book, perhaps the first of this size, is well illustrated with woodcuts.
The press set up by Solomon Proops became the most famous of all the presses operating in Amsterdam in the 18th century, apart from the Menasseh ben Israel press. Solomon's father Joseph came to Amsterdam from Poznan. Solomon Proops was initially involved in the bookselling trade, and in 1677 was admitted to the Amsterdam Guild of Booksellers, Printers and Bookbinders. In 1704 he set up his own press, which was to become the longest operating and most productive of all the Jewish presses in Europe in the 18th C. He acquired the fame of a printer who produced beautiful books that could be bought at a reasonable price. 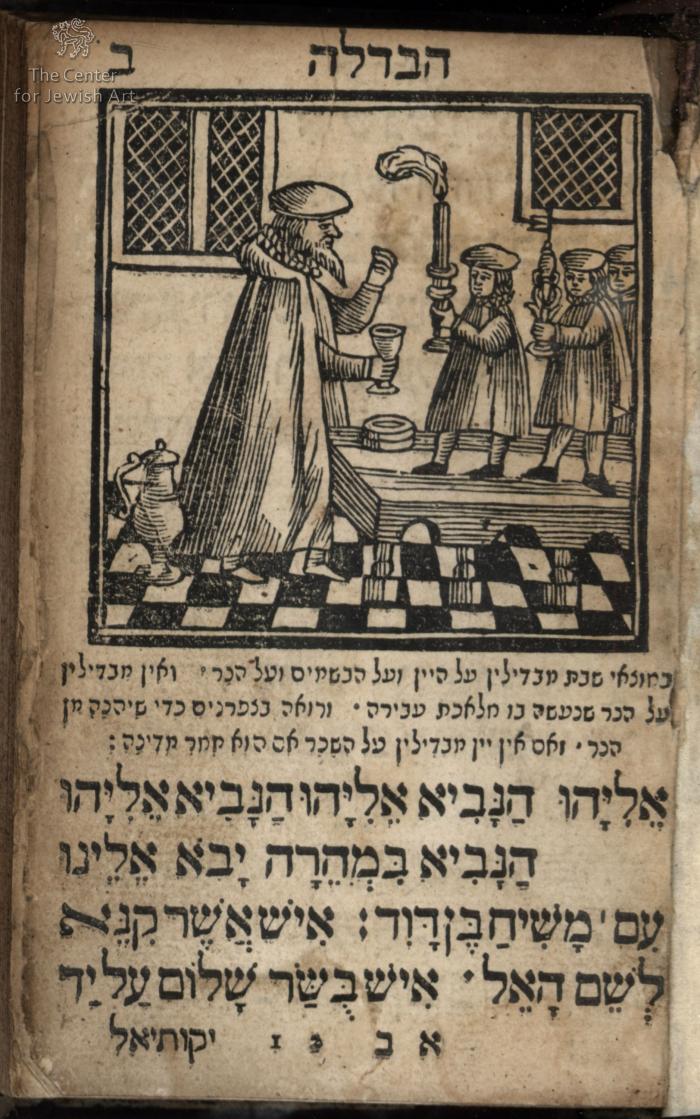 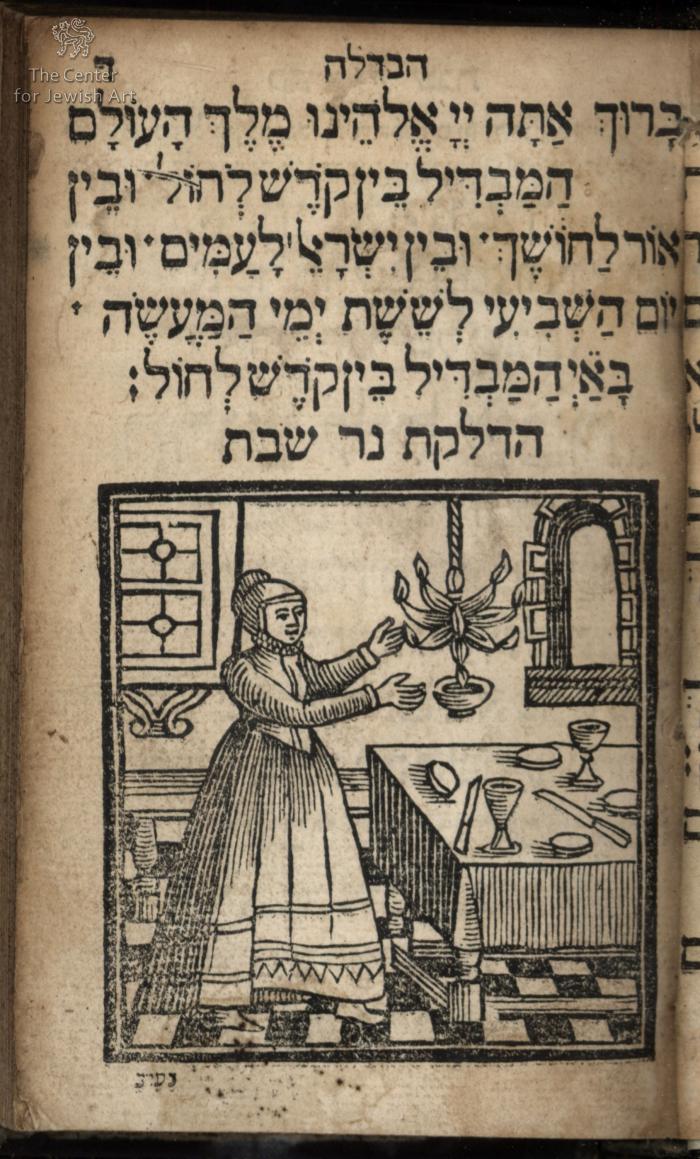 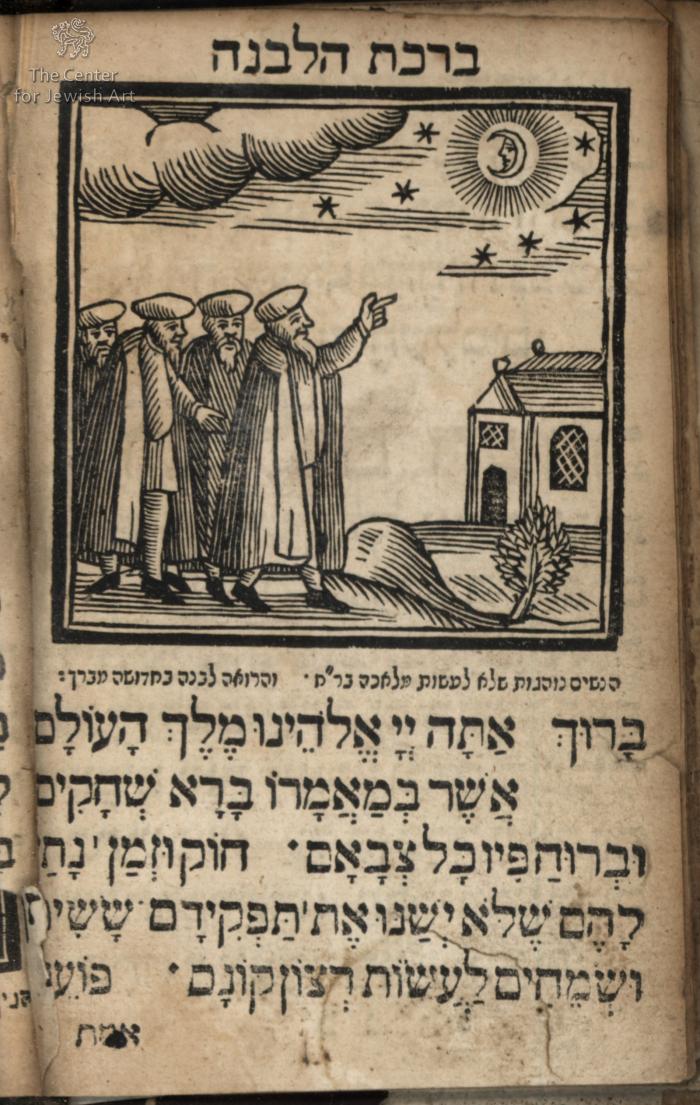 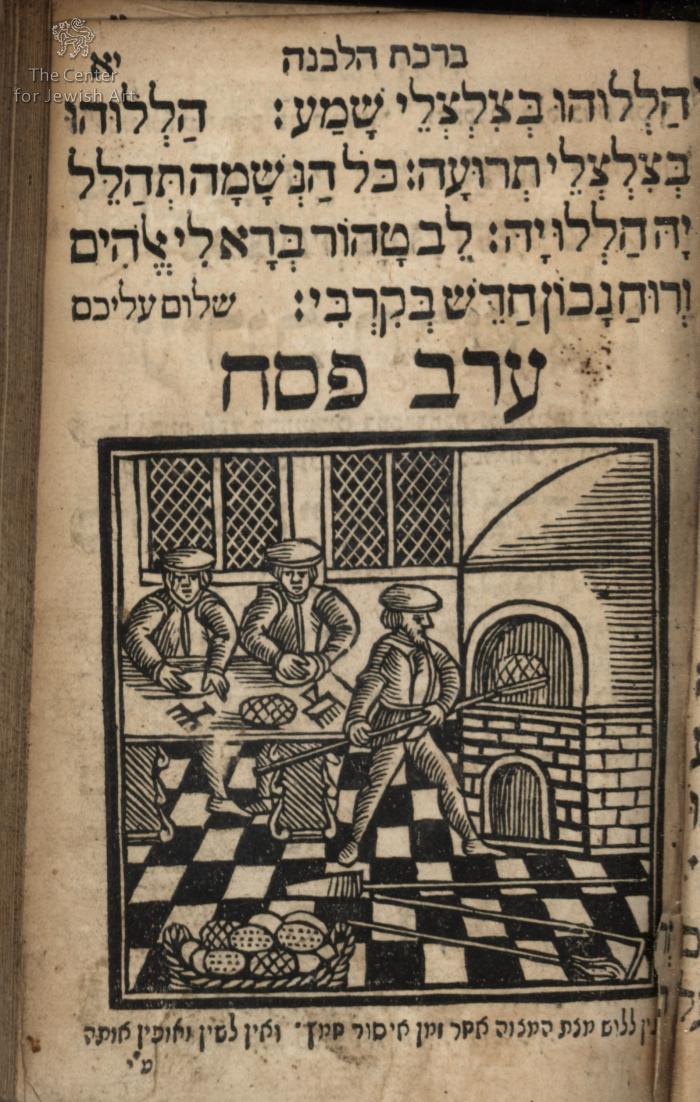 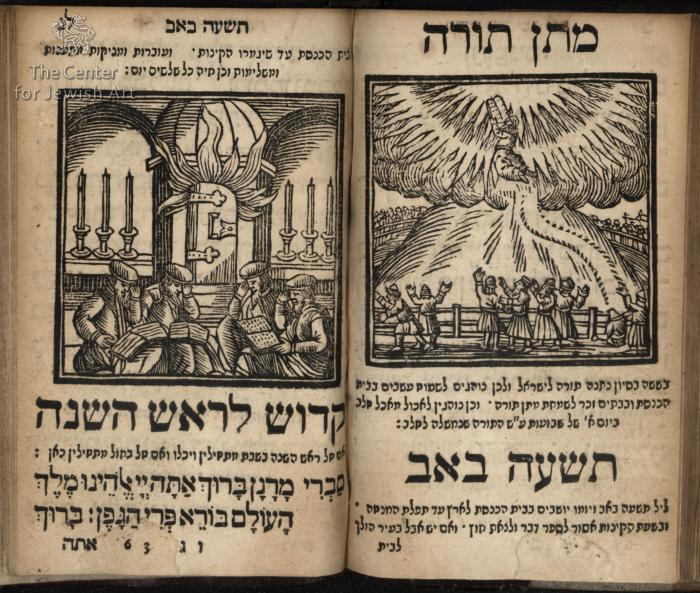 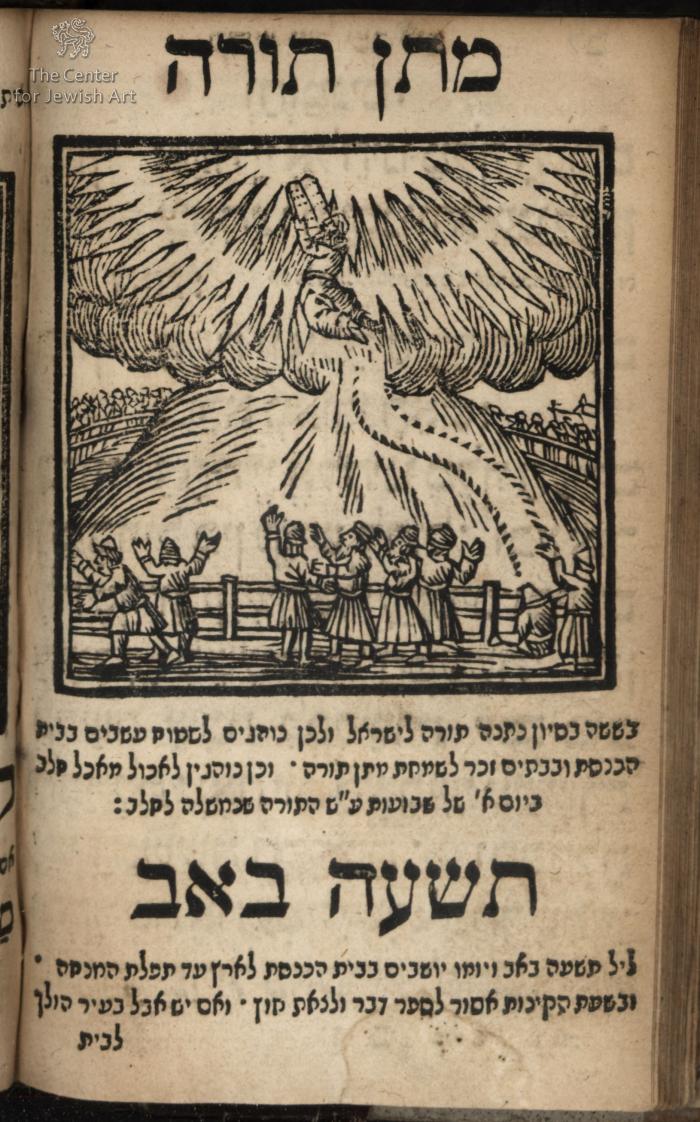 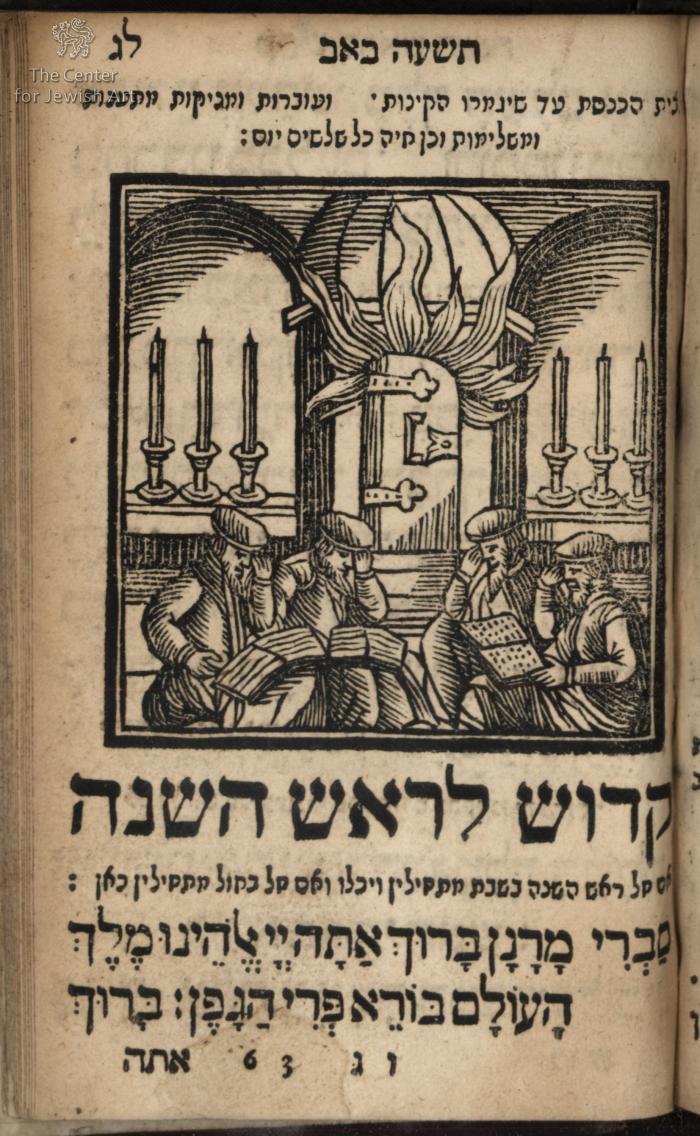