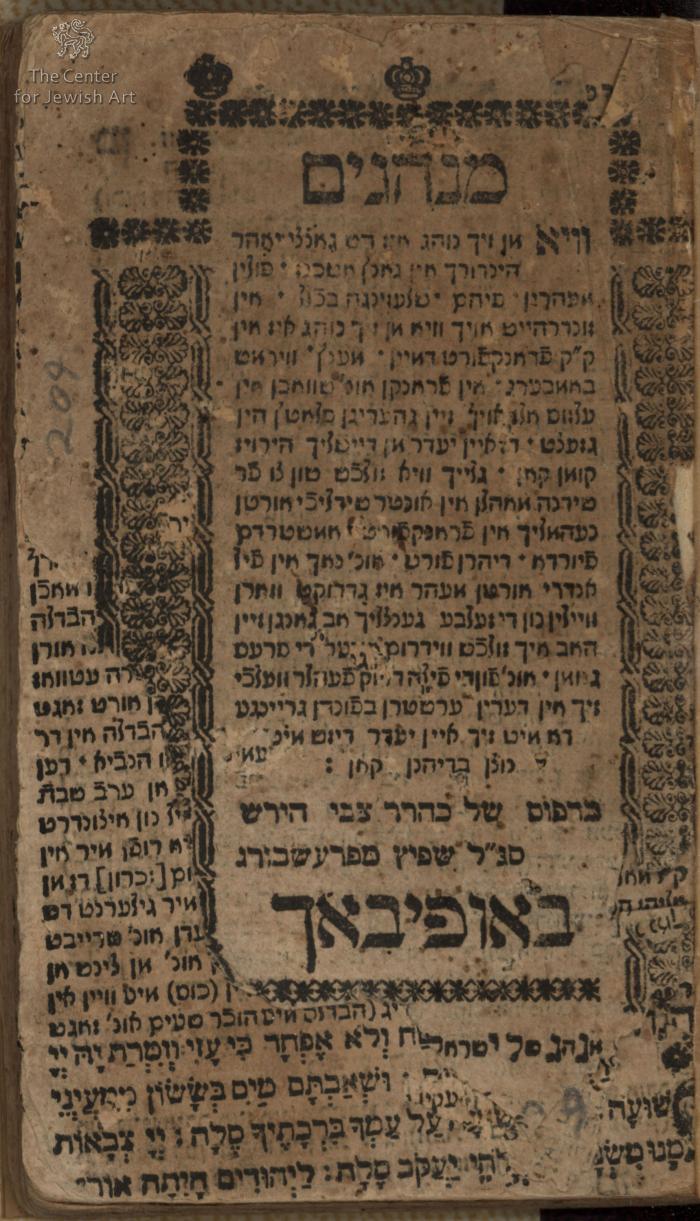 This rather late edition contains only the illustrations of the Zodiac, without the portrayal of the customs themselves.
The book was published by Tzvi Hirsch Segal Spitz of Pressburg, who was responsible for resuming Hebrew printing in Offenbach in 1767, after a hiatus of a few decades. His press continued to function after his death in 1809 under his son, Abraham Spitz, and remained active until 1832. 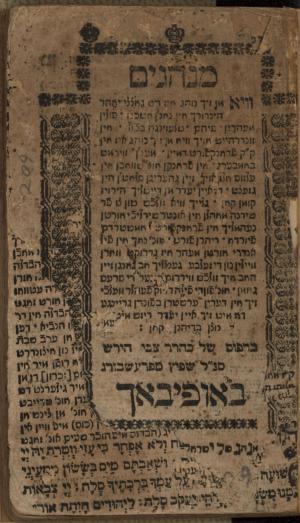 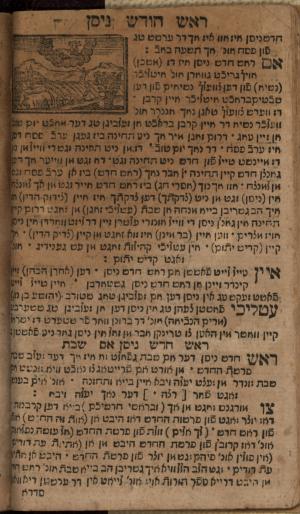 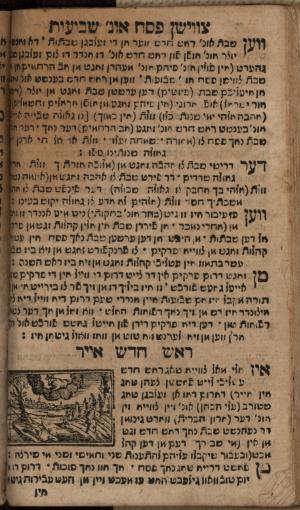 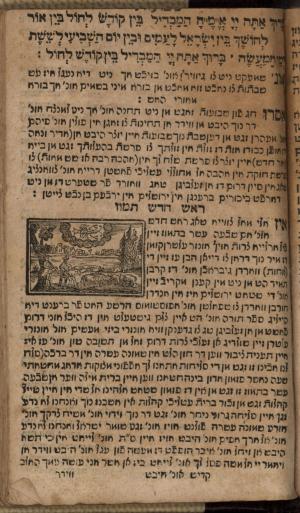