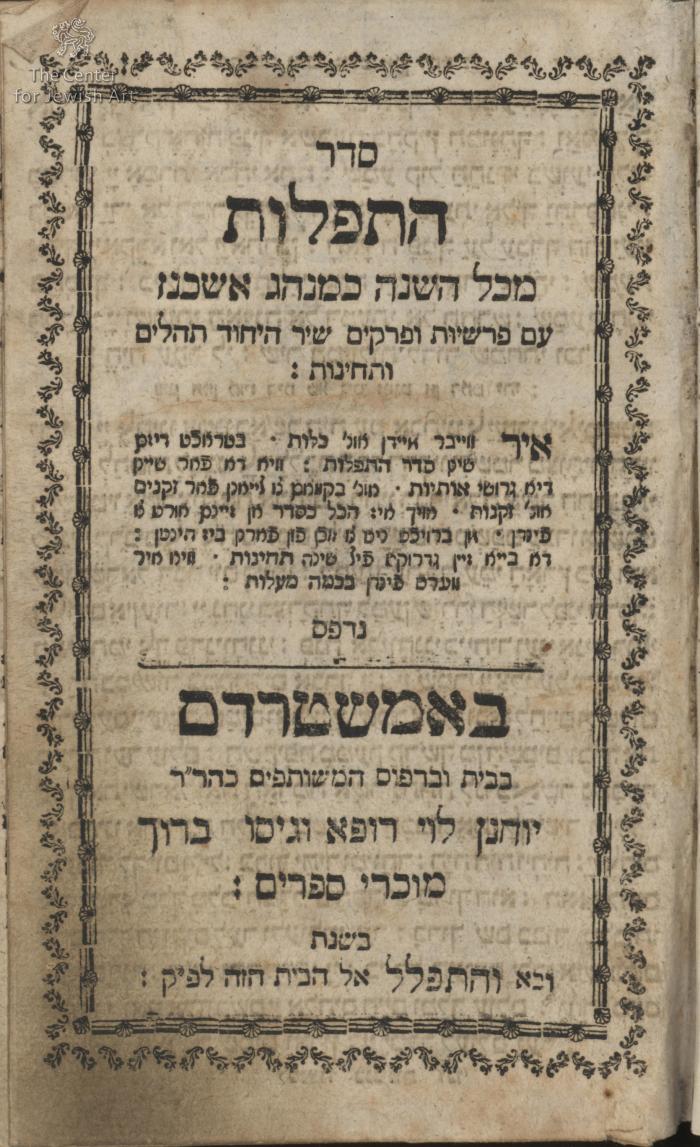 This is one of the many editions of the Siddur that were printed in Amsterdam from the 17th to the 19th centuries. This was printed with the Ashkenazi rite, including both a separate book of Psalms and a section of Techinot. It is bound in a beautiful silver binding, Gross 025.001.007. The edges of the book are still bright with the gilding that was done and embossed with elegant gauffering. The last page in the book is a listing of family births and loosely inserted in a separate manuscript prayer, the Yehi Ratzon...... for the new month blessing.
Yochanan Lefi Rofe was the son of printer Naftali Hertz Levi Rofe, who operated an Ashkenazic press in Amsterdam beginning in 1726. In 1770 Yochanan set up his own press in partnership with his brother-in-law Baruch and Baruch's brother. They printed in partnership (mostly prayerbooks) until 1786. Later, in 1788-1793, the press was operated by Yochanan and Baruch alone. From 1789 they printed catalogues of books for sale. From 1797 to 1827, the press operated under the ownership of Yochanan and his son Binyamin.
The book is placed within a beautiful silver binding with cut-out work, dated to 1794 - See Gross Family Collection, 025.001.007 (ID 23636) 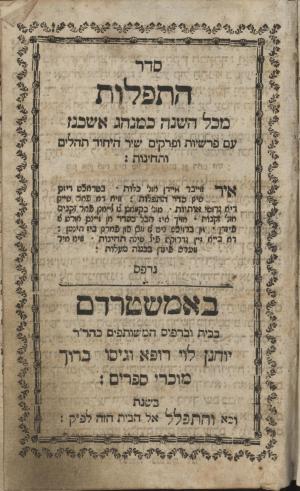 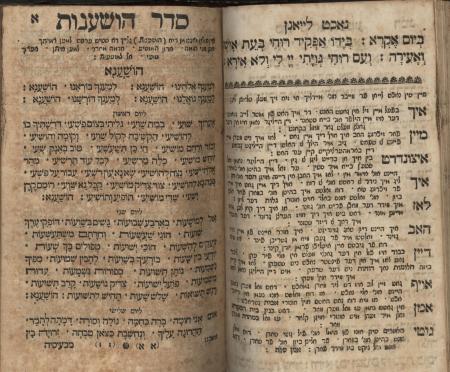 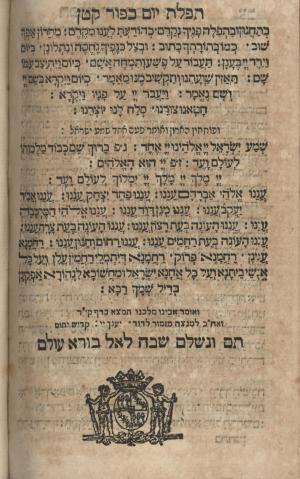 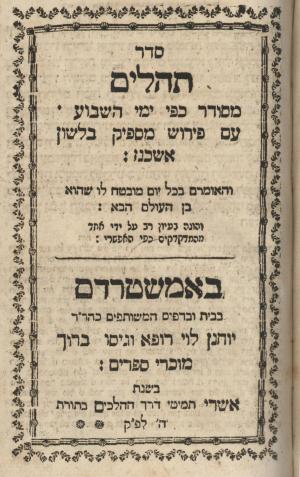 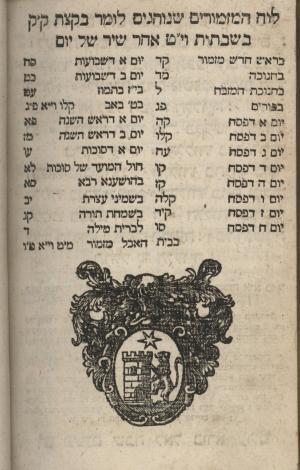 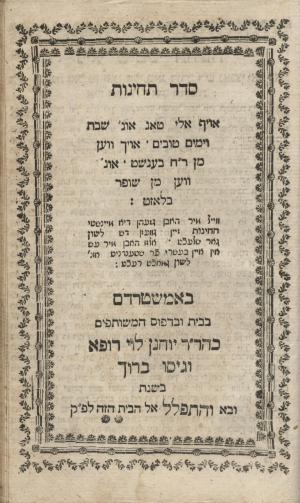 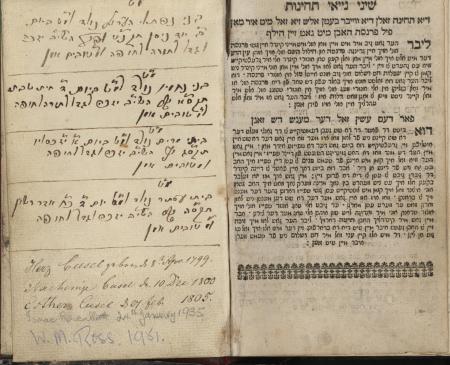 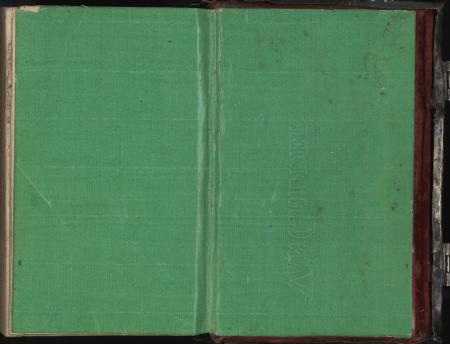 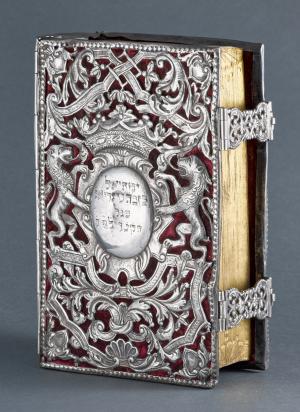