This elaborately constructed and finished tower form spice container is a member of a limited family of about eight such towers recorded in museums and private collections. Its hexagonal shape and fine pierced work add to its distinctive appearance.  None of these towers carry silver marks, but several are dated in the cutout work to the time of the 1730's. The type has design elements of both German and Galician/Polish models and therefore is ascribed to the area of Silesia, which was a territory subject to the influence of the cultures both to the east and to the west. This particular example is distinguished from the others both by its greater height and by the cast figures that are at the corners of the balcony near the top of the tower. The figures are men blowing trumpets and perhaps represent the idea of calling participants to end the Shabbat in the Havdalah ceremony, symbolically, of course. The element of the ship above the flag is clearly an added element not a part of the original tower. 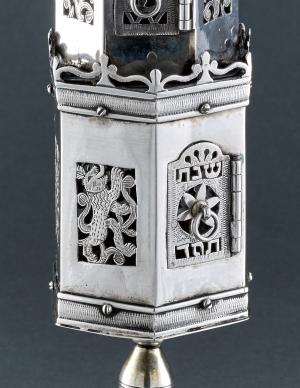 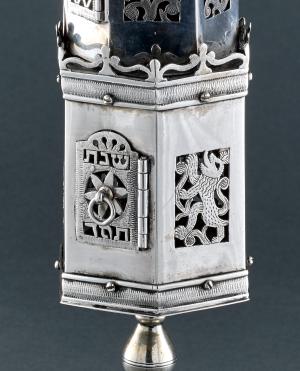 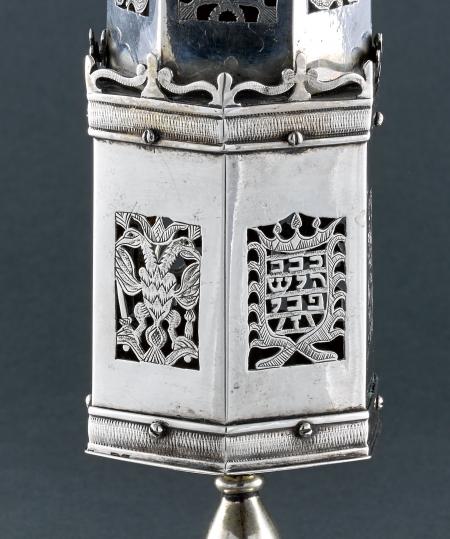 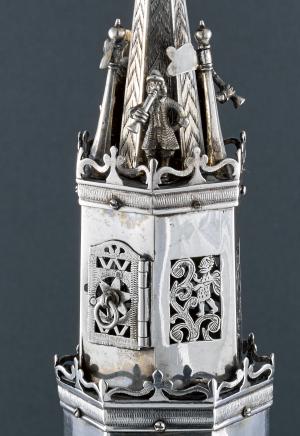 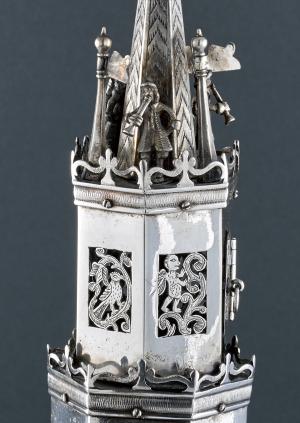 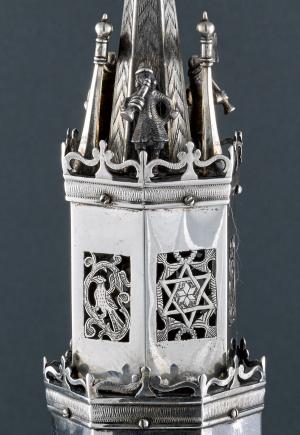