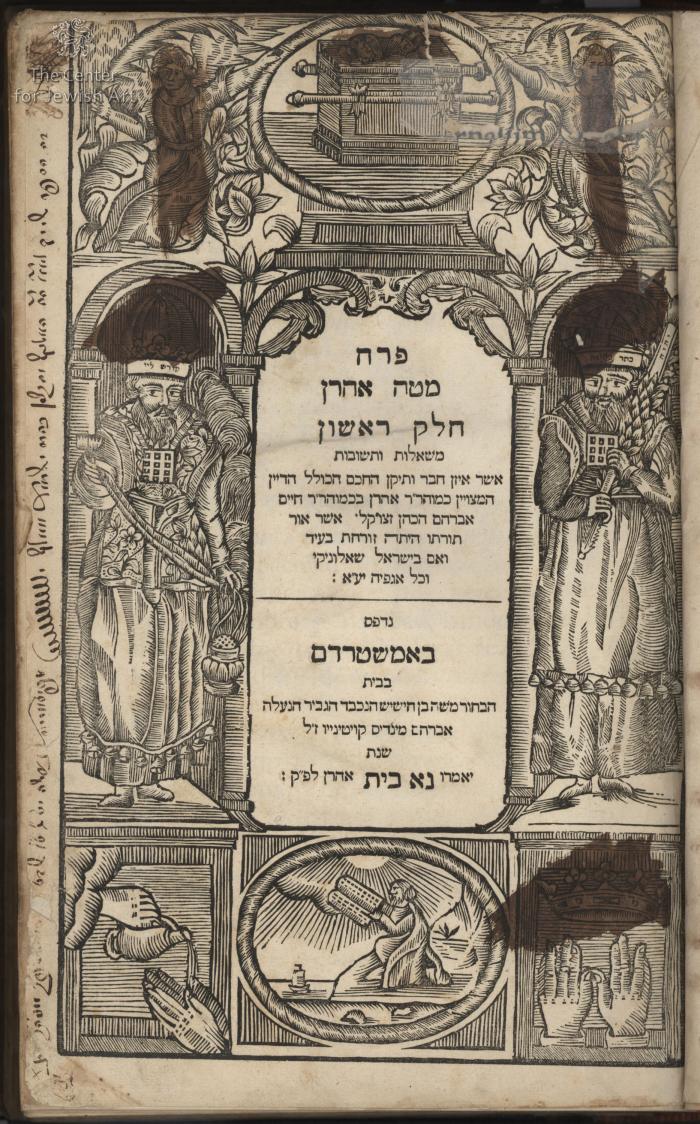 First edition of these responsa, from an important halakhic decisor among Salonikan rabbis, R. Aaron ha-Kohen Perachyah. These questions and answers reflect the condition of Turkish Jews in general and of Salonika in particular, in the 17th century. The title page carries images of the Aaron the High Pries and symbols of the priesthood, hinting at the author's name. He was also the author of the book."Bigdei Kehuna". Both volumes 1 & 2 are present. This is the only edition.
Illustrated title page with illustrations of Aharon HaKohen and symbols of Kohanim as a hint to the author's name - he was a son of a rabbinic family of pedigreed kohanim. He served as Rav HaKollel in Salonika from 1689 until his passing in 1697.The title pages of both parts of the book became famous as the most beautiful title pages of all printed title pages, and they have occupied many scholars.
There is a picture of the Tabernacle on the top of the title page, at its sides are figures of kohanim in full priestly attire. Under these are hands spread as in the priestly blessing and an illustration of the kohen's hands being washed. Between these two illustrations at the bottom of the page, there is an illustration of the author holding the Decalogue and facing the sea, a hint to the port city where he served as rabbi - Salonika.
The book's publisher, Moses b. Abraham Mendes Coutinho, was from a noted familyof Sephardic Jews, whose members settled following their escape from Portugal, inter alia, in Hamburg, Brazil and the West Indies. In 1697, Moses Coutinho purchased from David Tartas the latter's printing equipment and three privilieges. It is now known where he learned the printing trade, as he is not listed by name on any work printed in Amsterdam earlier. He printed his first two works in 1699. In 1704 he was admitted to the Amsterdam Guild of Booksellers, Printers and Bookbinders. His press operated until 1711. He printed some 40 works throughout his career, including 35 in Hebrew.
[3] 249 leaves 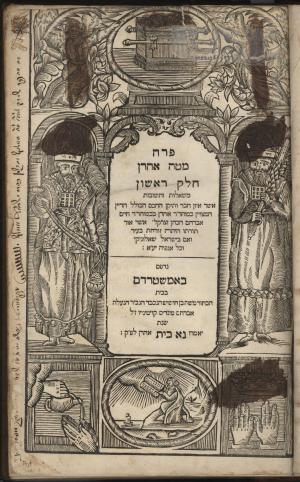 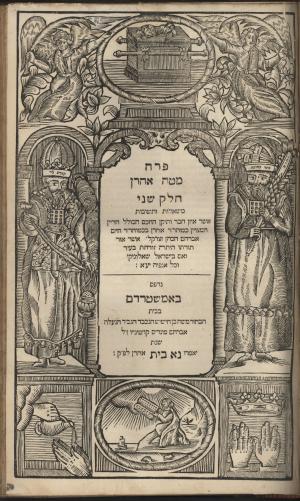 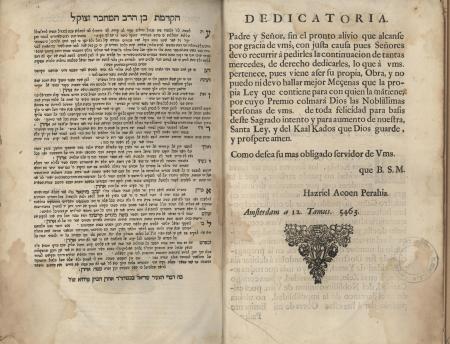 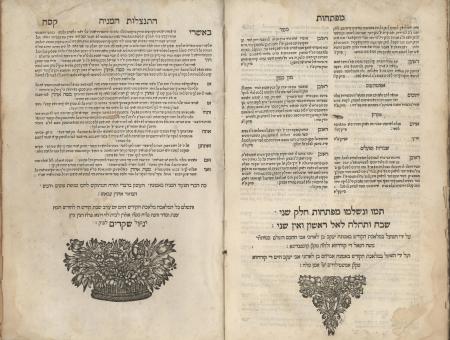 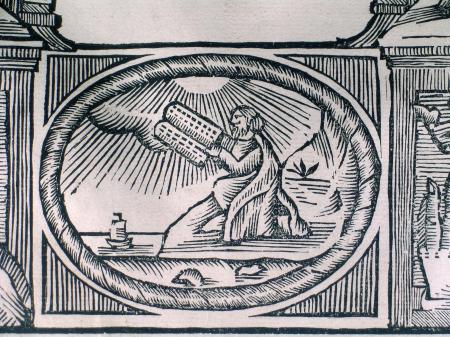