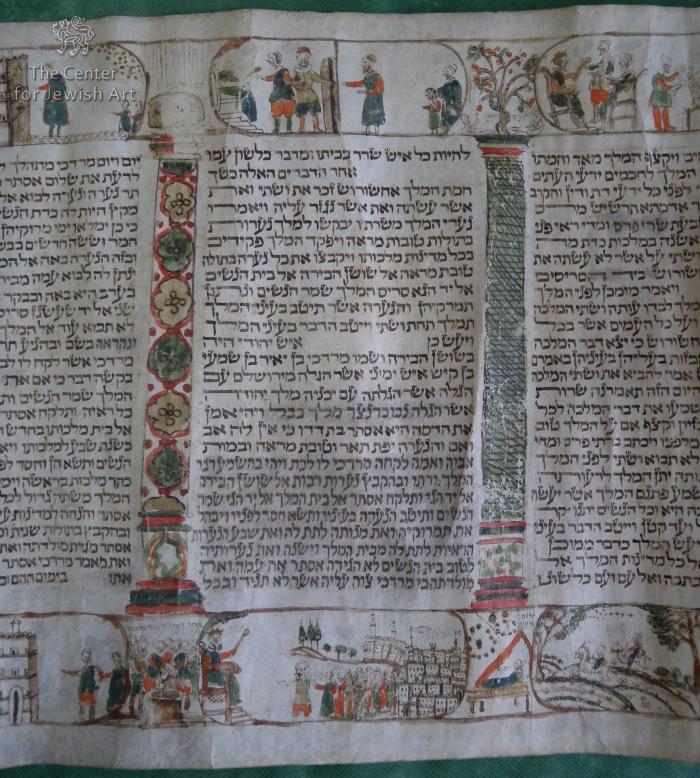 The scroll is lavishly illustrated with scenes chronicling the narrative of the Book of Esther framed in elongated ovals, which fill the upper and lower margins along with the whole manuscript. They are supplemented with the scenes from other biblical Books: Genesis, Exodus, and Samuel. Incorporated is also an episode from the Book of Judith that is not a part of the Hebrew Bible. These additional scenes are smaller and appear between the ovals and at the same time, above the decorative quasi columns that separate the text; they are decorated with different ornaments. Most of the biblical episodes illustrating other books than the Book of Esther are labeled in Hebrew; originally the episodes from the Megillah were captioned too but the inscriptions were erased and are invisible now. 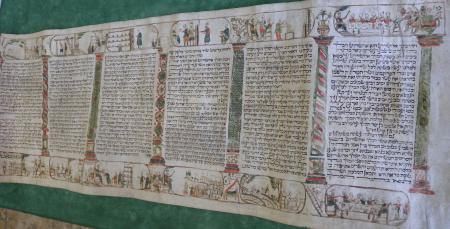 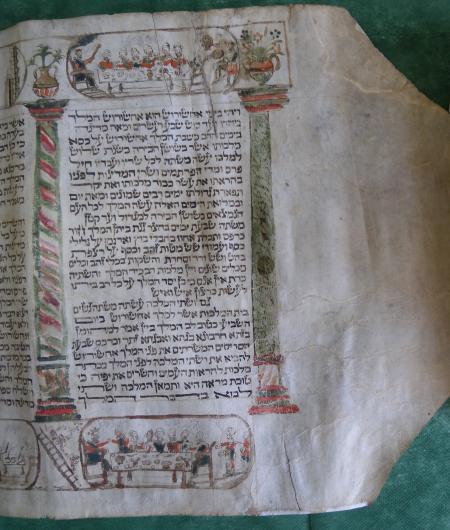 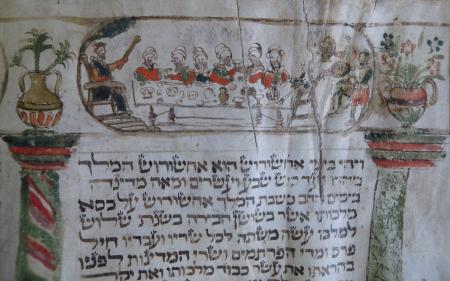 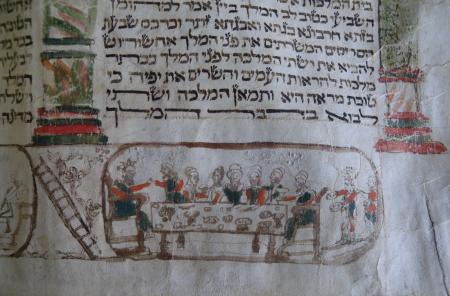 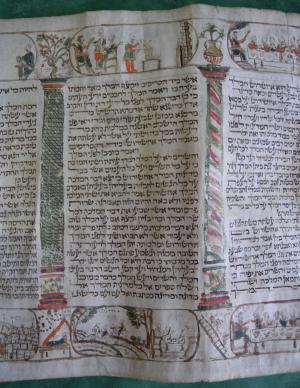 Height
Length
Width
Depth
Circumference
Thickness
Diameter
Weight
Axis
Panel Measurements
Iconographical Subject
I | Illustration
C | Columns
O | Ornamentation: | Ornament
|
Condition
The manuscript is preserved in good condition, although the state of preservation of the particular membranes is not the same. The second sheet is in worse condition than the first one; the text in cols. 7 and 12 inscribed on it is less legible. There are large parts of the text erased and corrected and due to this, the scroll gives the impression of being more damaged. The first sheet is torn in one place and the last one is crumpled. The shade of ink is not the same on all membranes; possibly, in some places, the second layer of ink was applied.
Extant
Documented by CJA
Surveyed by CJA
Present Usage
Present Usage Details
Condition of Building Fabric
Architectural Significance type
Historical significance: Event/Period
Historical significance: Collective Memory/Folklore
Historical significance: Person
Architectural Significance: Style
Architectural Significance: Artistic Decoration
Urban significance
Significance Rating
Languages of inscription
Unknown
Type of grave
Unknown
0
Coordinates: 0.000000, 0.000000
Ornamentation
Custom
Contents