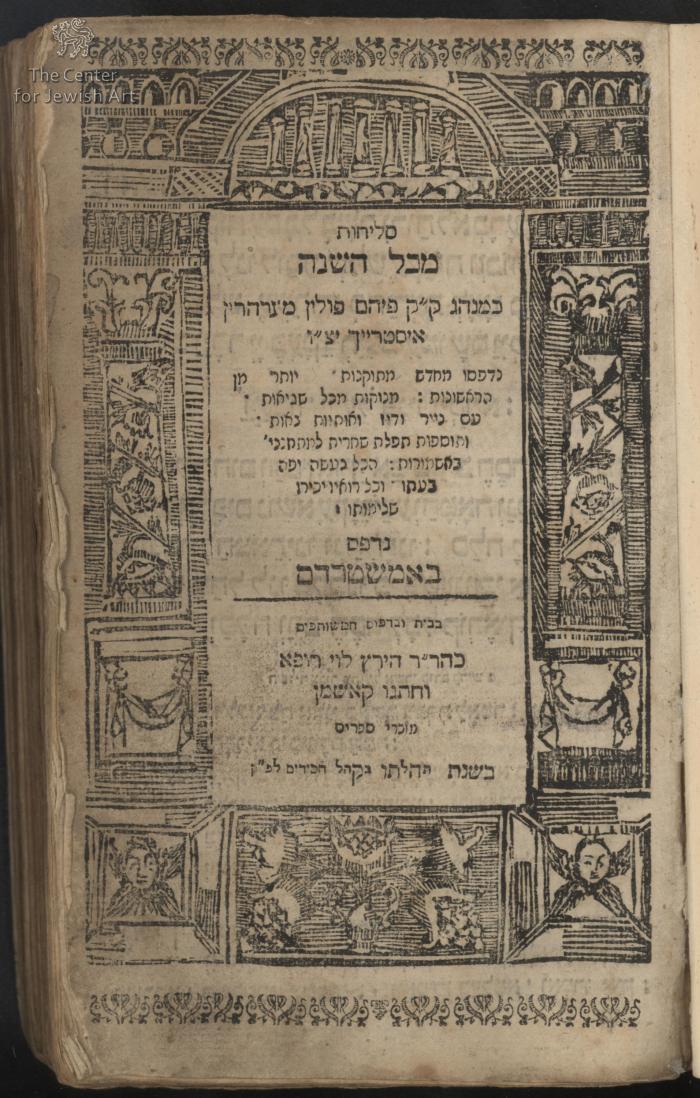 The title page of this Amsterdam print is one of the most primitive used in that city, a place whose Hebrew presses were reknowned for their printing aesthetics. It would appear to be copied very roughly from a title page used in Istanbul, but the reason for this is unclear. The book itself contains Selichot, one of many editions published in this city.
As indicated on the title page, the printers Naftali Hertz Levi Rofe and Kosman ben Yosef were father-in-law and son-in-law. Naftali Hertz ben Alexander Ziskind Levi Rofe of Emden set up his press in Amsterdam in 1726. He complemented his printing equipment with that purchased from the Isaac Templo press after it was closed down. He was a physician by profession, as evidenced by his moniker Rofe. He was granted title of doctor of medicine from the University of Harderwijk in 1716. He pursued his medical practice, as well as printing and bookselling. He tended to publish alone as well as in cooperation with others, but above all with his son-in-law Kosman ben Joseph Baruch, who was also involved in the book trade. Their cooperation lasted from 1742 to 1766, and resulted in many works being jointly published. Kosman eventually ceased printing with his father-in-law, and continued instead with his son. 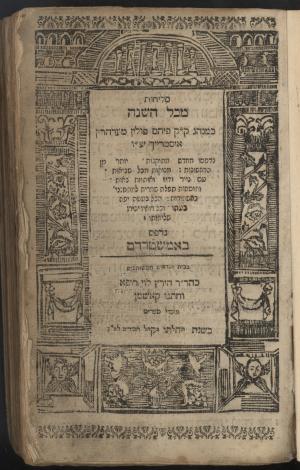