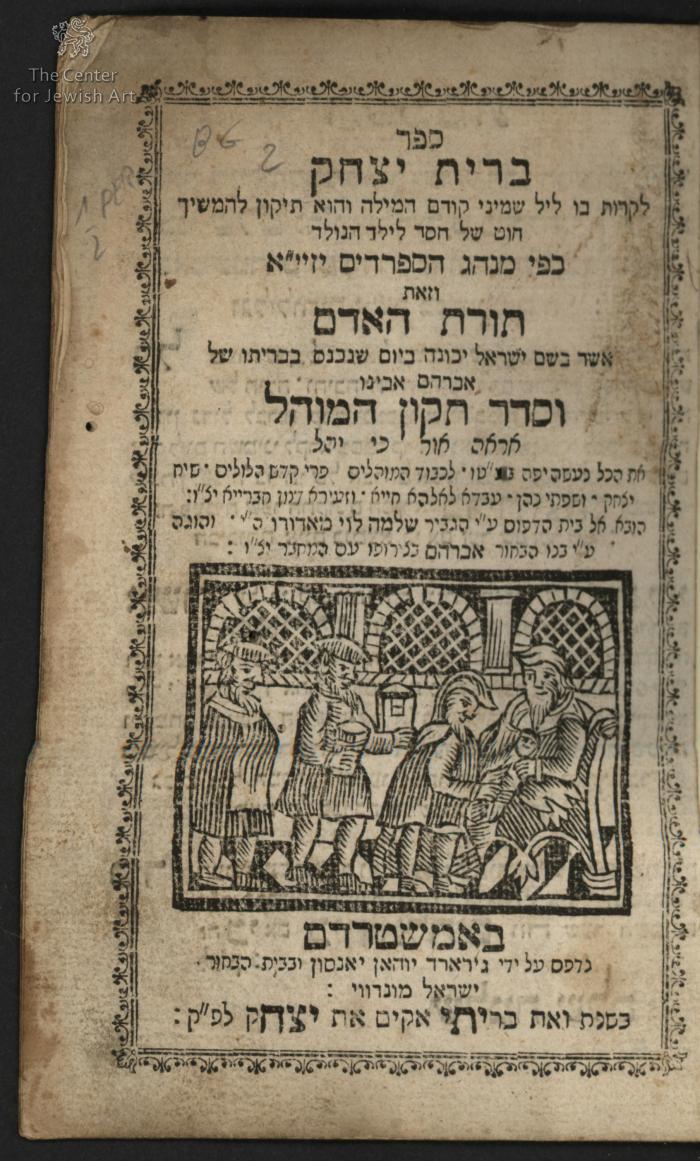 It was customary for Mohalim (circumcisers) to possess circumcision books which contained the laws and prayers relating to circumcision as well as directions for the mohel regarding the proper procedure for performing the ceremony. These books were intended to be brought to the circumcision ceremony and were consequently small in size to as to be easily portable. Such books are found in manuscript form, especially in the 18th century as a part of the renaissance of small illustrated prayer manuscripts. But printed books were cheaper and more accesable to the average mohel.
This book of prayers for the circumcision ceremony was written for Jews of Spanish and Portuguese descent. The text itself contains passages related to the subject of circumcision that were meant to be studied on the night prior to the ceremony. Excerpts from the Pentateuch, Prophets, Writings, Talmud and Mishnah as well as the kabbalistic text the Zohar are all included.
In addition, the volume contains a unique list of names of Mohalim in cities with Sephardic communities, including Amsterdam, London, Bayonne, Hamburg, Surinam, and Curaçao, thus providing documentation and names for the history of Sephardic Jewry. There was a steady and intensive contact between the Sephardic community of Amsterdam and the Sephardic communities of the Caribbean and the rest of Europe, for whom the community in Amsterdam served as the "mother" community.
Brit Yitzchak, tikun of the eighth night, the night of the Brit Milah and tikun for the mohel. Amsterdam, [1768]. In the center of the title page is a woodcut illustration of a circumcision. Portuguese dedication. On Leaf 12 is a Seder of circumcision “for an adult male and for the ‘Jewish Anusim who come from Spain and Portugal…’”. [The phenomenon of Anusim who fled from the countries of the Inquisition to Amsterdam, Holland, was widespread in the 16th and the 17th centuries. This attests to the circumcision of Anusim in the 18th century also]. The last three pages feature a chronological list in Portuguese of the mohalim who lived in Amsterdam and in other Portuguese communities, with the dates of their activities from 1721-1765. [2], 17, [1] leaves.
The title page carries a woodcut of the circumcision ceremony such as is seen in minhagim books.
40 pp.
Editor: Shlomo Levi Maduro 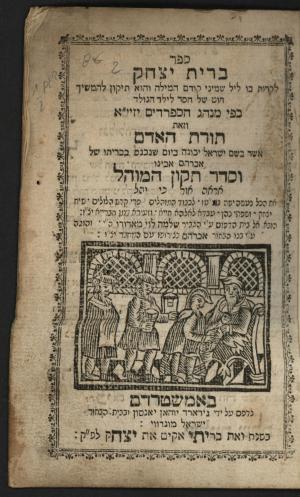 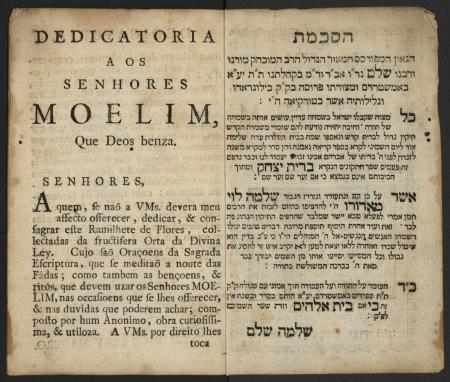 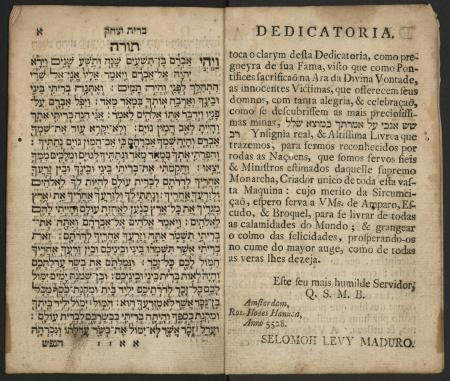 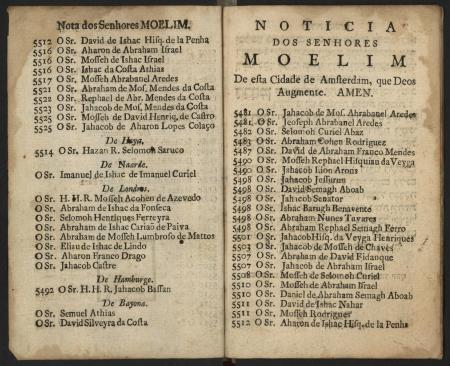 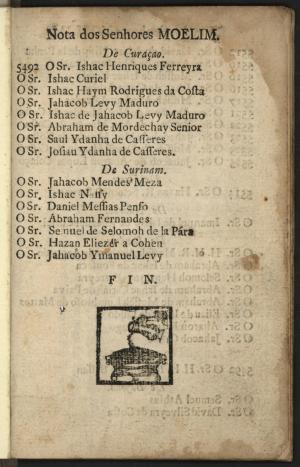