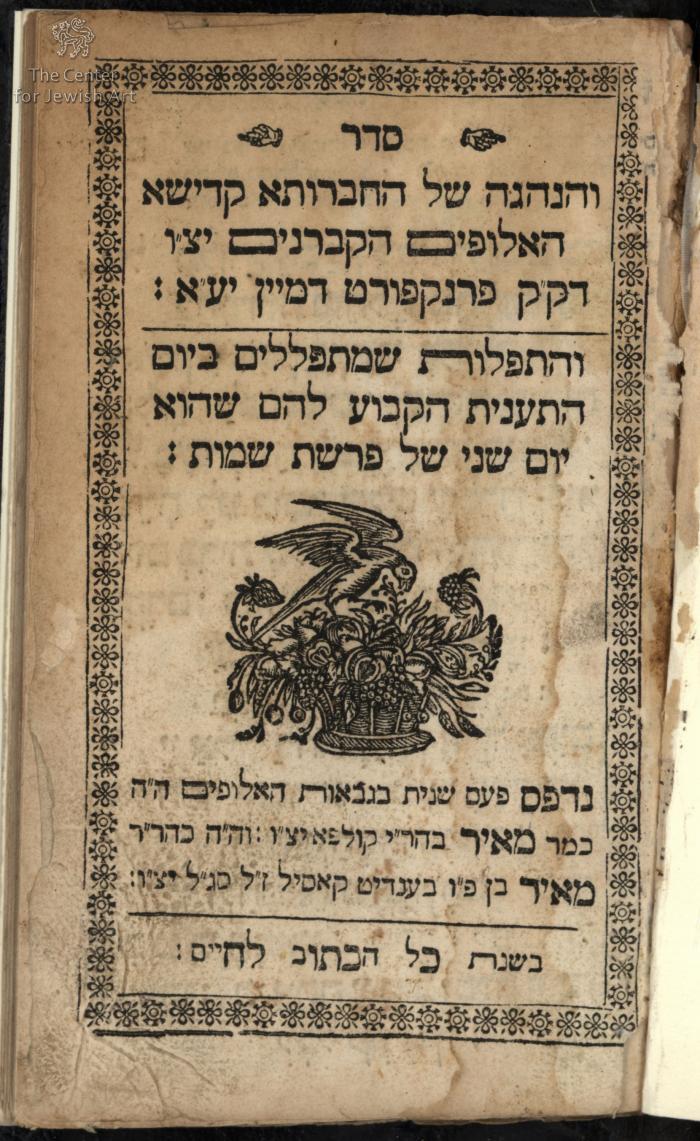 Perhaps the most influential and prestigious holy confraternity was that of the "Chevrah Kadisha", the burial society.  This group was charged with seeing to it that every Jew was buried with rigorous attention to the laws pertaining to that act. The most prominent and wealthy citizens often vied with one another to achieve membership in this society, with all its obligations, but also with its great honor. This booklet is an edition of the bylaws for the "Chevra Kadisha" of the Ashkenazi Jews of Amsterdam. On the title page are the symbols of that society and its work, including the skull and cross bones as well as the burning candle and the hourglass, both representing the temporary nature of life.  At the bottom are pictured the tools for burial, including the equipment for carrying the body to the grave, the shovel for digging and a charity box. The giving of charity at a funeral is considered a holy obligation. Such societies have existed for many hundreds of years and are active today as well in many Jewish communities. These small pamphlets published by different institutions in the cities of Europe, particularly Amsterdam, are the type of material that tends to be very ephemeral. So, such booklets are rare.

This is a book of bylaws and instructions for that organization in the city of Frankfurt a.M. at the beginning of the 18th century. 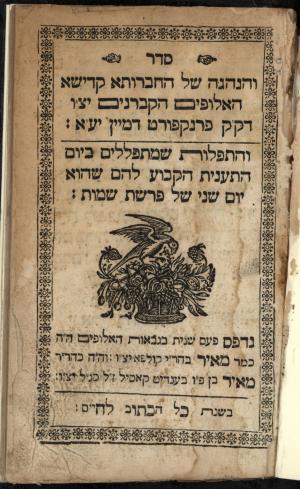