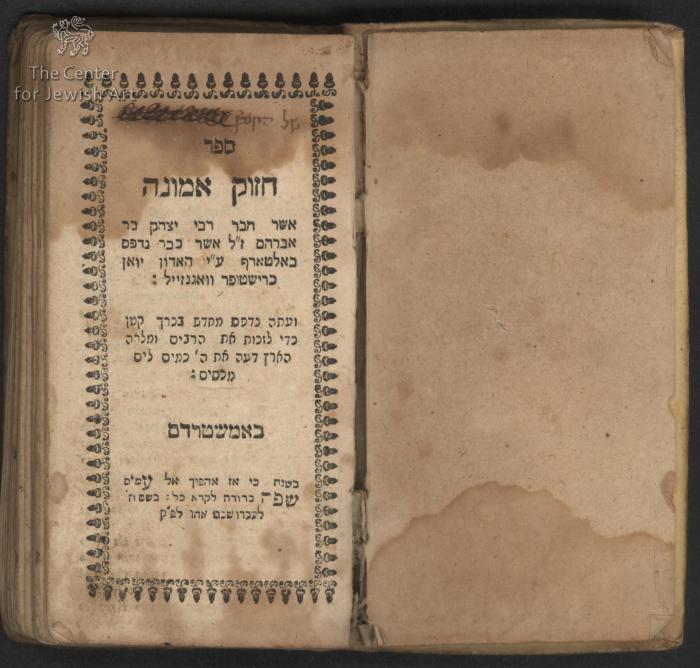 In this small format volume Isaac of Troki defends the Jews against Christian accusations, particularly the Christian efforts to base their beliefs on distorted readings of the Tanach. It is one of the first works (perhaps even the first) written by a Jews in Hebrew with the goal of rebutting the claims of Christianity, and was reprinted in cities and villages plagued by missionary activity. This is the only edition that was printed by Jews.
variant edition published in the same year as B.104 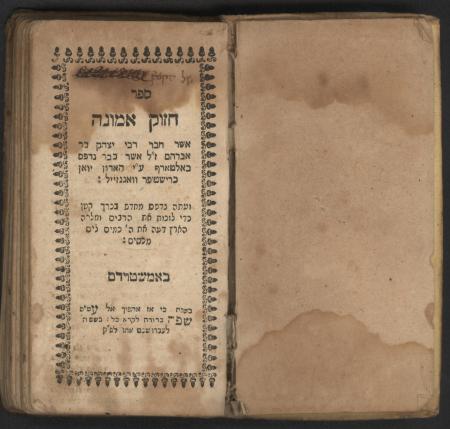