Passover Haggadah - Maaleh Bet Chorin, "Ashkenazi and Sephardi rite", with commentaries - Alshech, Gevurot Hashem by the Maharal and Olelot Efraim by Rabbi Shlomo Ephraim of Luntschitz (author of Kli Yakar). Amsterdam: Proops, [1781]. First edition of the Haggadah under this title.Engraved title page. Engraved illustrations based on the Amsterdam 1695 edition. At the end of the Haggadah is a large engraved map of Eretz Israel (folded plate). [2], 52 leaves folded plate (map). 25.5 cm.
Ma’aleh Beit Chorin, Passover Haggadah, with laws, commentaries (Maharal, Alshich, Abarbanel and more), and illustrations. Amsterdam, 1781. Proops Printing Press. Preliminary title page of copper etching “Beit Israel – Beit Chorin… as customary by Ashkenazim and Sephardim”. Copper-etched illustrations, based upon illustrations of Avraham son of Ya’akov Hager, in 1695 Amsterdam Haggadah.
This is the third edition of the original Amsterdam Haggadah. It was redesigned in a smaller, quarto format (reduced from the folio editions of 1695 & 1712). Undoubtedly this size was easier to handle at the Seder table. All of the old illustrations reappear, printed as before from copperplates. The map of the Exodus also appears at the end. Passover Haggadah - Ma'aleh Beit Chorin, "According to Ashkenazi and Sephardi tradition", with commentaries of the Alshich, Gevurot Hashem by the Maharal and Ollelot Efraim by Rabbi Shalom Efraim of Luntschitz [author of Kli Yakar]. Amsterdam, [1781]. Proops Press. First edition of the Haggadah with this title.
The Abravanel’s commentary on the Haggadah is retained in this third edition, with selections added from Rabbi Judah Loew ben Bezalel (the MaHaRaL), Moses Alshekh, and Ephraim Solomon Lunschitz.
The Haggadah’s engraved frontispiece shows an architectural gateway, the lower portion of which contains the printer’s emblem of the house of Proops: two hands raised in the priestly blessing. Founded in 1704, the house of Proops provided three generations of distinguished Hebrew printers in the Dutch capital. Solomon ben Joseph Proops had printed the Haggadah of 1712. After his death in 1734, the press was directed by his three sons in partnership, but in 1773 the inheritance was divided and each set up his own establishment. As Jacob Proops died shortly before this Haggadah was issued, its frontispiece remarks that it was printed “In the house and at the press of the orphans of the deceased…Jacob Proops.”
This copy still has the fine original covers.
The Proops family was involved in the printing of Hebrew books in Amsterdam from the beginning of the 18th century. As the longest lasting such printing house in that city over generations, their publications spanned more than 150 years.
Yaari 199; Otzar HaHaggadot 300. 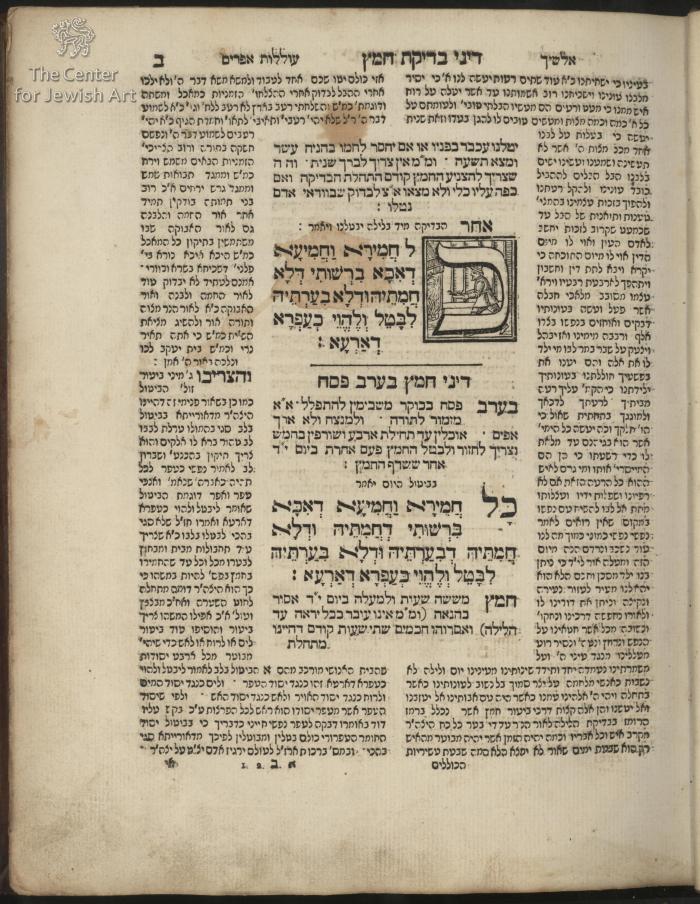 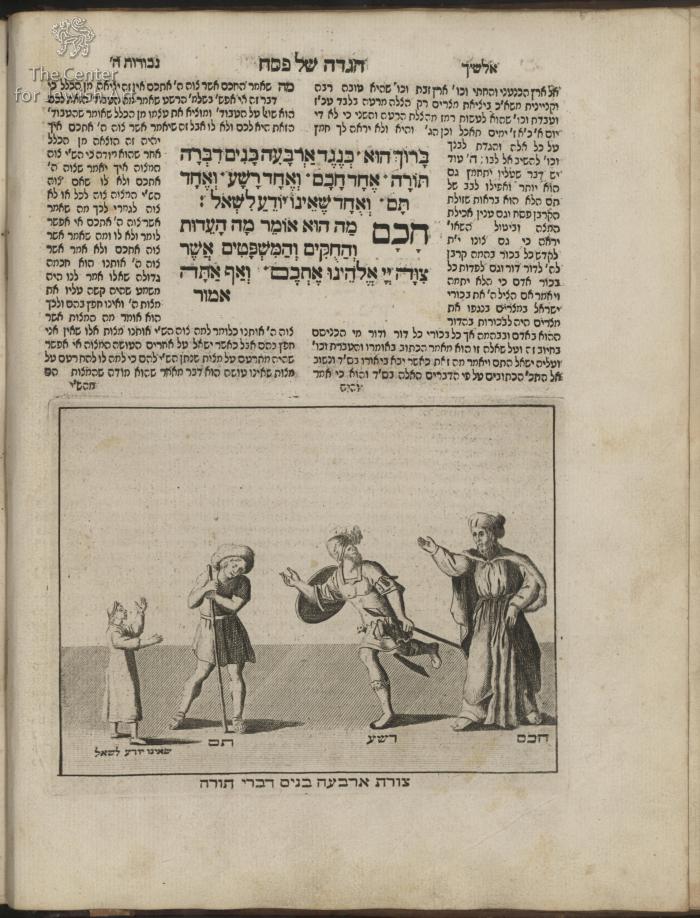