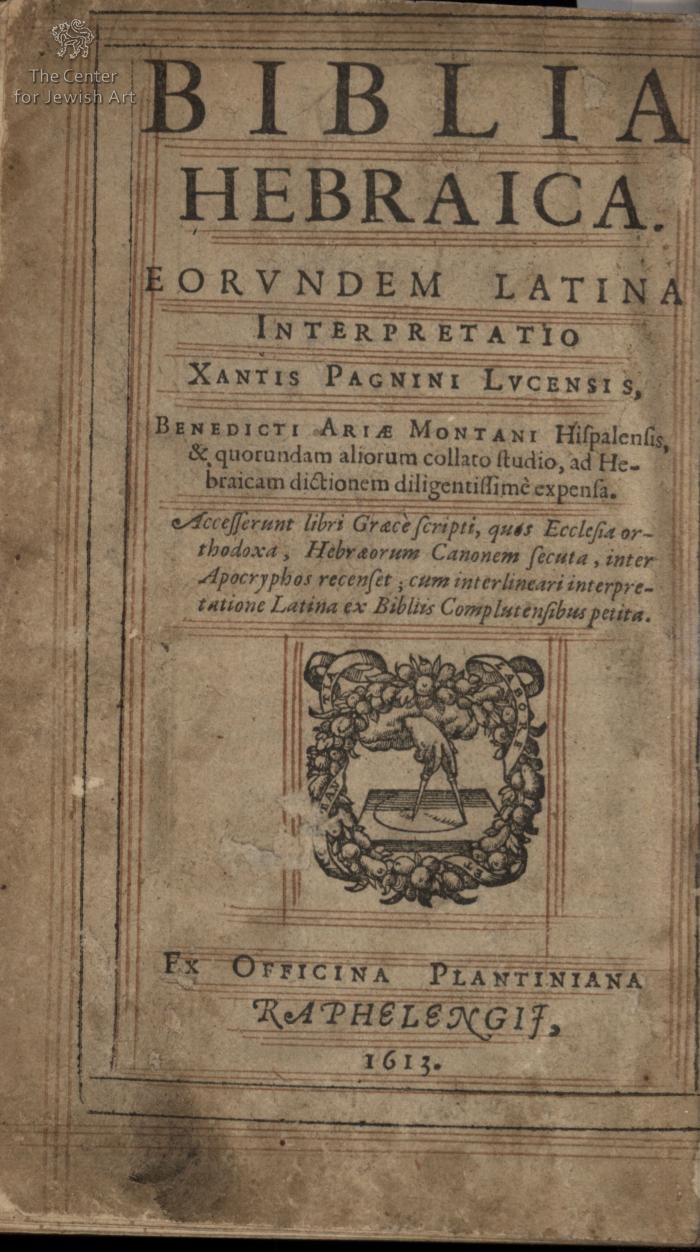 The Five Books of Moses printed by Plantin, and edited by Arias Montanas. The Hebrew text is underscored by the Latin translation. Lengthy Latin introduction.
Early works published by and for Christian-Hebraists were primarily philological works, grammars and lexicons, and biblical works. Later, however, an interest in Jewish literature developed that resulted in translations of Hebrew texts printed in Hebrew with accompanying Latin translation. The motivation behind these books began with the renewed Christian interest in the Hebrew Bible, and the desire to refute the Jewish author's arguments.
This edition of the Biblia Hebraica was edited by Benedictus Arias Montanas, a Spanish orientalist and editor of the famous Antwerp Polyglot Bible (Plantin Press, 1568-1573). He left many commentaries on various books of the Bible, a Latin translation of the Itinerary of Benjamin of Tudela, and other works on widely varying subjects. Montanas was also celebrated as a poet, his verses being chiefly of a religious nature.
The Plantin Press was established in Antwerp,1564 by Christopher Plantin. In 1583 he relocated to Leiden, a university town, and began to print there with typographical material brought from Antwerp. His son-in-law Franciscus Raphelengius took over the Leiden business in 1585 (Christopher returned to Antwerp) and printed until he went into liquidation in 1619. Under his direction the press printed some twelve books in the 17th C with Hebrew letters, primarily books of the Bible such as the present volume. 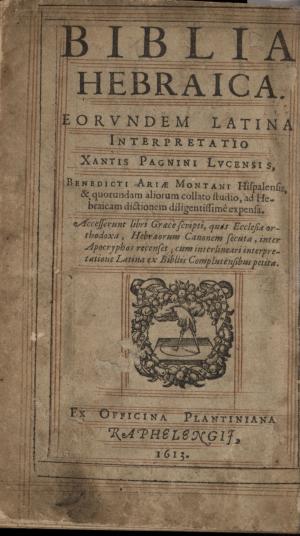 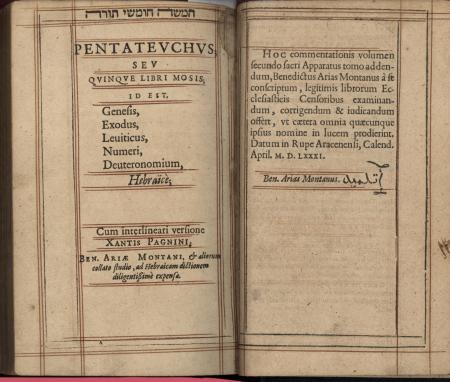 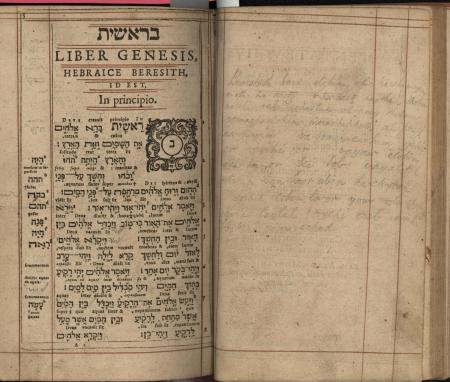 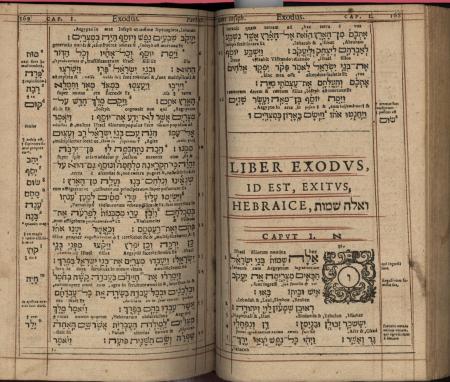