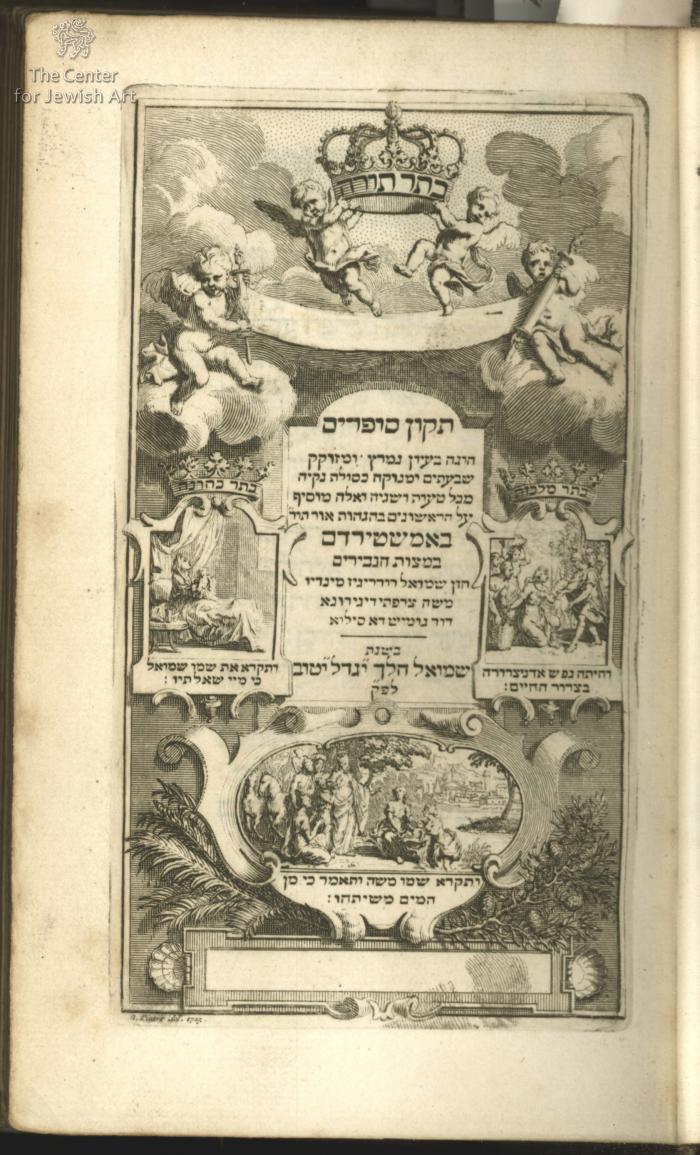 This is one of the most beautiful editions of the Chumash published in Amsterdam. Each section is introduced by a copper engraved page by Picart, the famous engraver whose precedent breaking publication of the customs and religions’ of the world began appearing in 1723. The magnificent title page contains biblical vignettes referring to the names of each of the three Sephardic publishers. At the end of the book is a calendar published the same year, but in the Spanish language. The book is bound in a later leather binding and the edges are gilt.
The illustrator Bernard Picart (1673-1733) was a French Calvinist forced to relocate to the Netherlands following the Revocation of the Edict of Nantes in 1685. Between 1723 and 1737 he collaborated with the publisher Jean-Frédéric Bernard to produce Cérémonies et coutumes religieuses de tous les peuples du monde. It was soon translated into English and appeared in a number of editions over the next century. This encyclopedic documentation of comparative religions exemplifies the Enlightenment project of classification.
Pages: [7], 327; [1], 446, [12] 3 folded 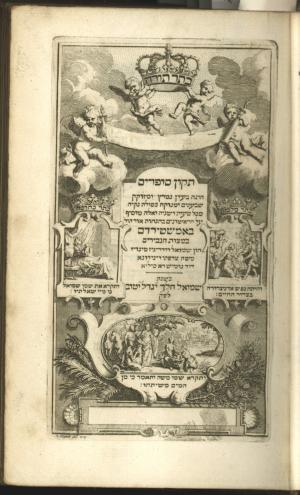 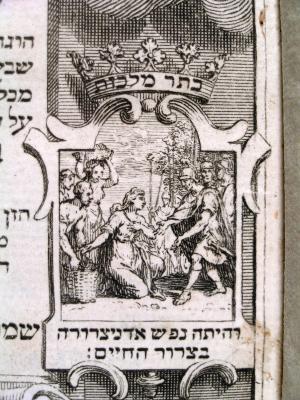 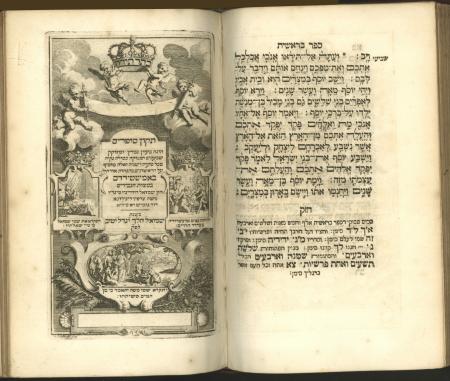 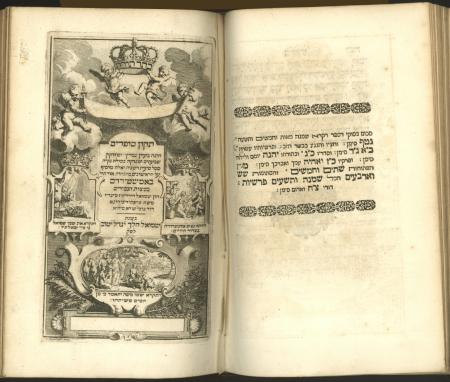 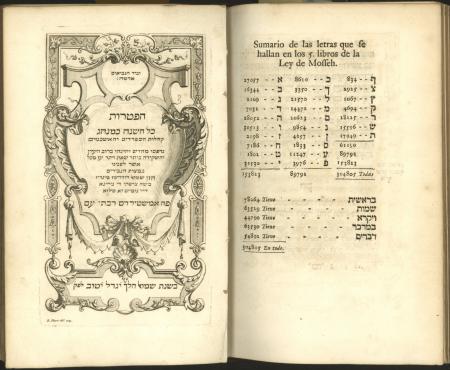 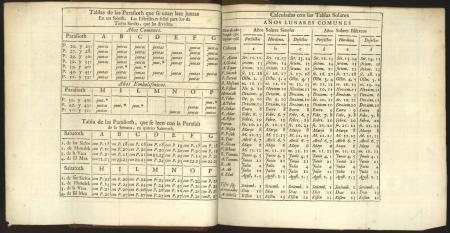 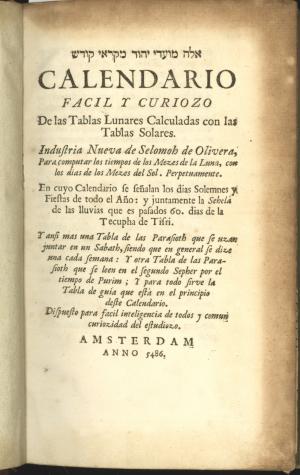 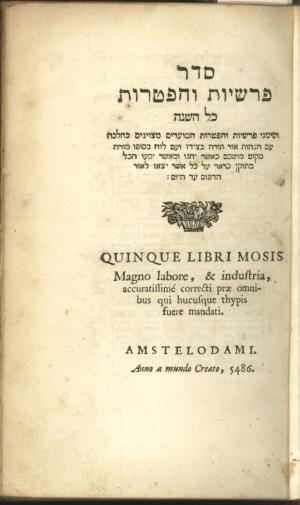