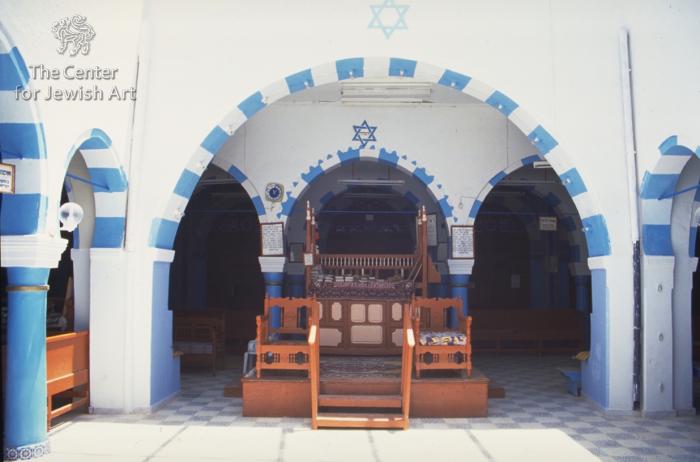 The reader's desk is a rectangular raised structure standing on a platform in the centre of the prayer hall forming a centralised liturgical space. It stands opposite the central Torah ark in one axis.

The teivah comprises a wooden platform reached via three wooden steps built in front. A table for the reading of the Torah stands on the eastern side of the platform facing the Torah ark. Two armchairs are facing the congregation and are placed on either side of the stairs.

The rectangular table is constructed of a wooden board topping a cupboard framed on three sides by a banister of undulating columns. Four higher poles topped by finials are extending from each corner, enclosing an open-work net-like pattern.

Various prayer plaques are hung on the banister and left pole. A colourful carpet covers the table.

The cubic chairs comprise of a seat covered by a cushion, a back and arms. It is formed of four poles, which serve also as legs. Four rectangular boards are attached to the bottom. The back and the boards are decorated with geometrical patterns and undulating cylindrical bars. 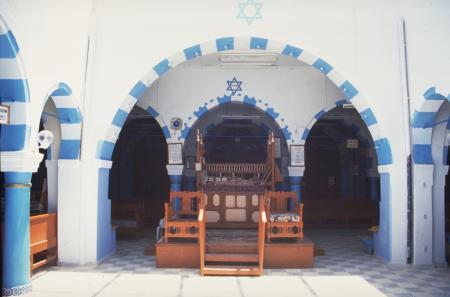 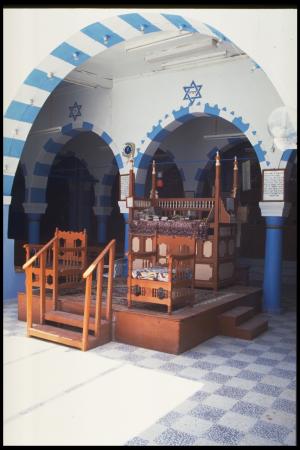 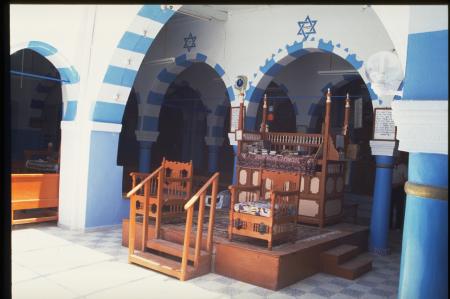 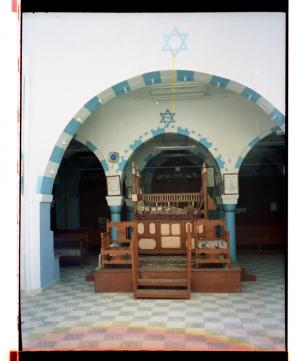 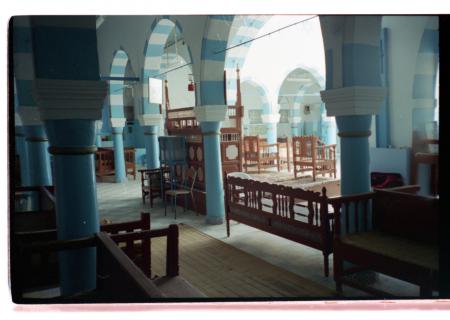 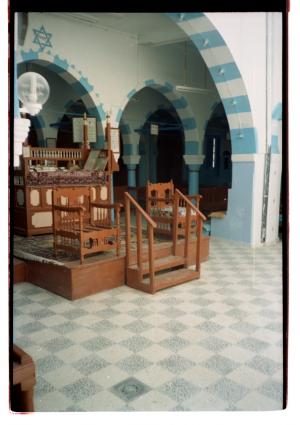 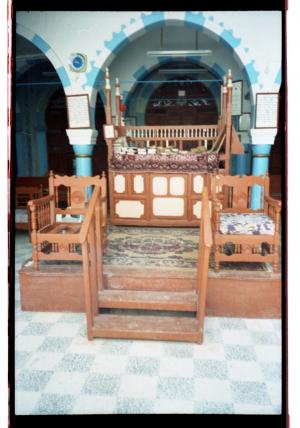 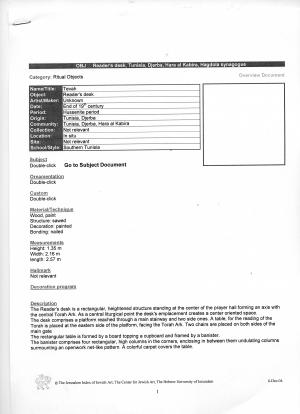 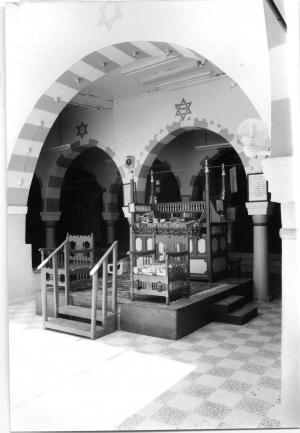 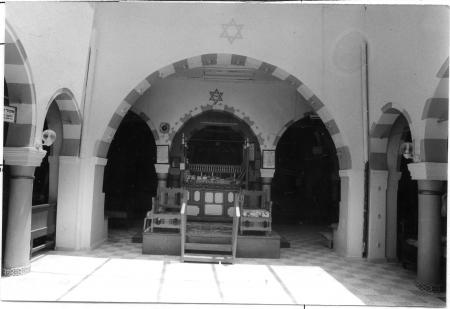 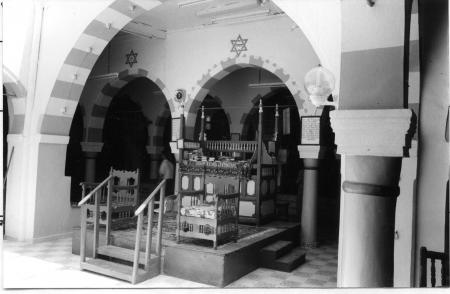 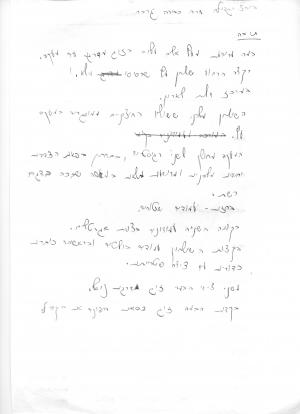 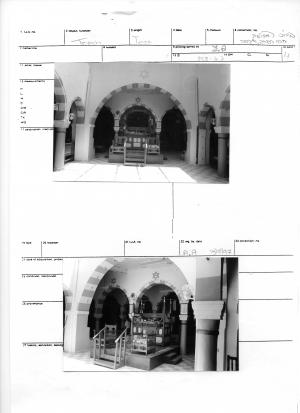 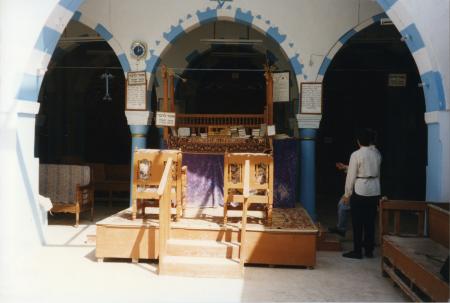 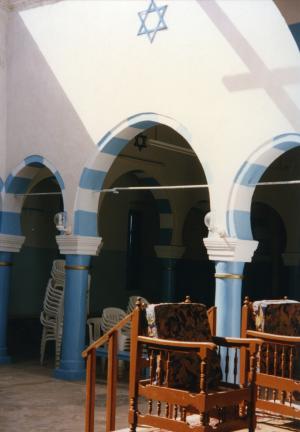