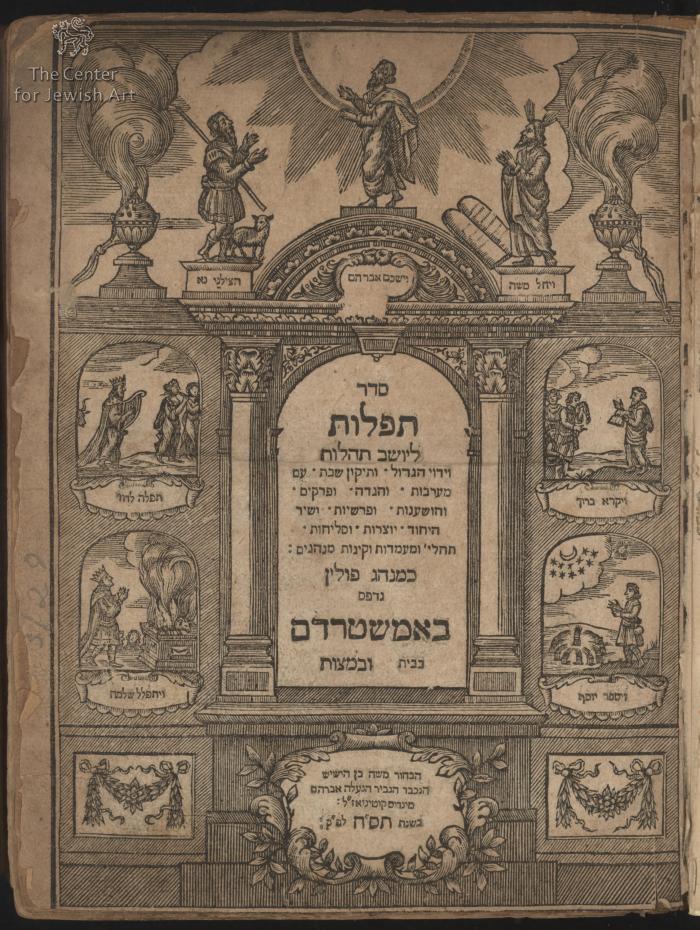 This volume of prayers has a standard text. The unusual aspect is the well illustrated title page containing images of Biblical figures and events. The same title page illustration was used in other Hebrew books as well such as Gross Family Collection B.72 from 1705.
The book's publisher, Moses b. Abraham Mendes Coutinho, was from a noted familyof Sephardic Jews, whose members settled following their escape from Portugal, inter alia, in Hamburg, Brazil and the West Indies. In 1697, Moses Coutinho purchased from David Tartas the latter's printing equipment and three privilieges. It is now known where he learned the printing trade, as he is not listed by name on any work printed in Amsterdam earlier. He printed his first two works in 1699. In 1704 he was admitted to the Amsterdam Guild of Booksellers, Printers and Bookbinders. His press operated until 1711. He printed some 40 works throughout his career, including 35 in Hebrew. 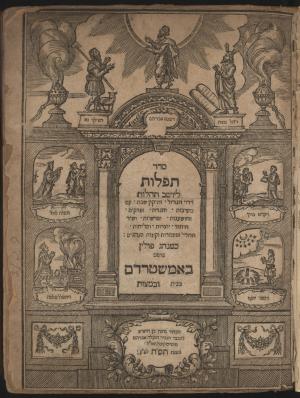 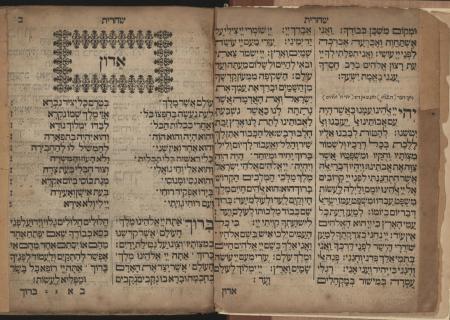