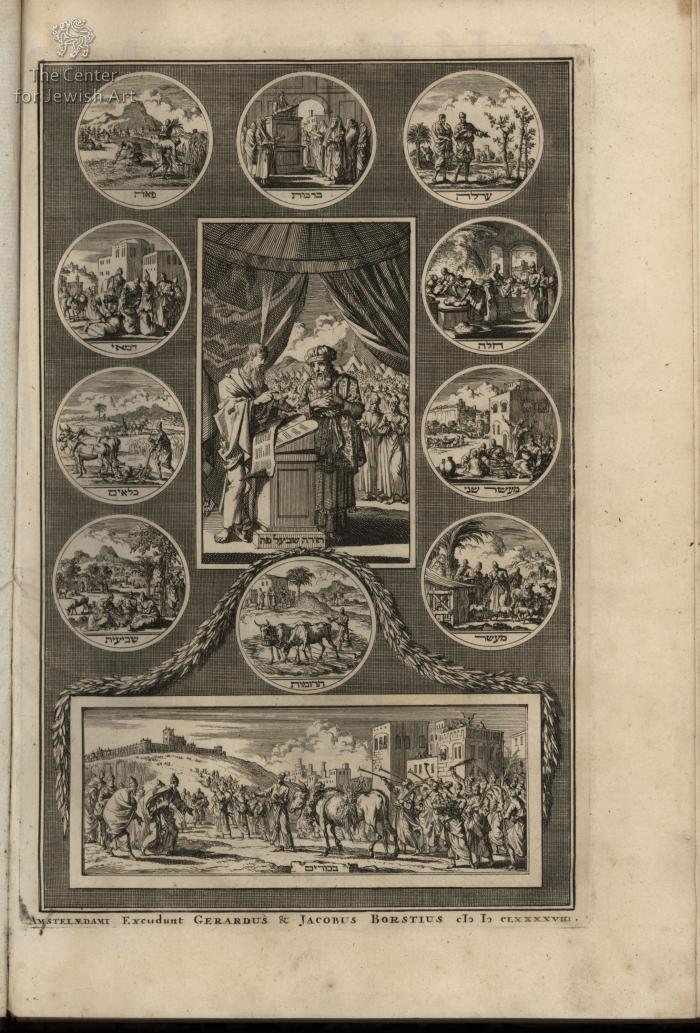 The monumental bilingual Surenhusius edition, offering the six books (Orders) of the Mishna in Hebrew text, for the first time with Latin translation in parallel columns. After each mishna follow the commentaries of Bartenora and Maimonides in Latin translation, again in parallel columns, with catchwords to their own columns on the next page. For 26 (out of 63) tractates the Mishna translations of earlier Christian Hebraist have been included, as well as their commentaries: Fagius (Avot, the only 16th-century one); two pre-1650 editors: L'Empereur (Bava Kamma and Middot), and Coccejus (Sanhedrin and Makkot); and recent commentators: Guisius, Lund, Otho, Sheringham, Houting, Wagenseil, Ulmann, Peringer, Seb. Schmidt, and Arnoldi. Sometimes these commentaries occupy several pages. For all other texts Surenhuis supplied his own translation, and commentary where necessary. The prefaces of Maimonides to each book are also translated. Thus this Mishna edition is the crowning piece of 17th-century Christian Hebraism - in the 18th century interest in these matters would decline considerably. Surenhuis (1664-1729) studied in Groningen Oriental languages, and afterwards at Jewish colleges in Amsterdam. In 1704 he was appointed ProFezsor of Oriental Languages at the Amsterdam Athenaeum. He considered the Mishna to be a body of law superior to the Codex juris civilis, since Jewish law promotes personal virtues, not general law and order. Moreover, it is intelligible to non-scholars, and has preserved the older opinions and jurisprudence, thereby providing insight into its development: two features lacking conspicuously in the Roman codex. But Surenhuis was also in general a decided supporter of the Jewish community. He faithfully reproduced the Jewish interpretation of the Mishna and refrained from taking a critical stance, for which later commentators blamed him. On the other hand his close relationship with the Jews enabled him to include a number of engraved plates in his work, illustrating various interpretations of the Mishna which were prepared by Jewish scholars, such as Leon Templo and Moses Aguillar. Most of the plates have 8 to 16 illustrations, all with Hebrew legends. They were engraved for him by rabbi Isaac Coenraads, whose untimely death was the reason that only the first three volumes have been illustrated. There are almost no other printings of the Mishnah with illustrative images of the content.
This is considered to be a great work of scholarship, the notes to which are not only by Surenhusius but also by Arnold, Coch, Constantine Lempereur, Fagius, Guisius, Houting, Wagenseil and others. The commentary of Maimonides, translated into Latin, is prefixed by a preface by Edward Pococke. The commentary on the Mishnah by Obadiah of Bertinoro is also given in Latin. 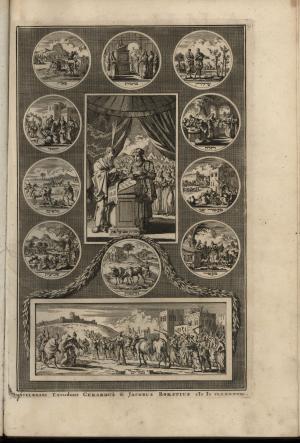 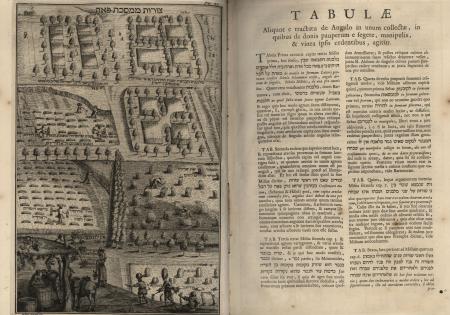