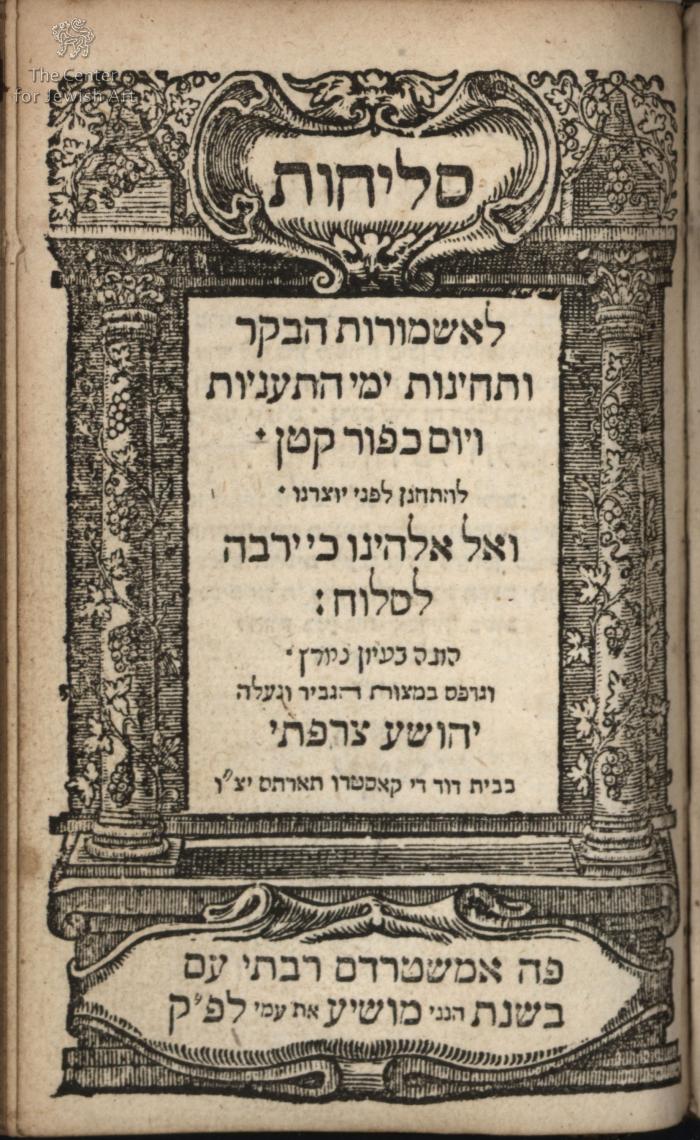 In 1666 there was a great commotion in the Jewish world as a man, Shabbetai Tzvi, a Sephardic Rabbi and kabbalist born in Smyrna, proclaimed himself to be the messiah. With all the terrible troubles that beset the Jewish people in the middle of the 17th century, the hope that he was the true messiah took root. Many Jews enthusiastically embraced him, and began to prepare for the End of Days. When, in 1667, he converted to Islam rather than face martyrdom, the disappointment and shame of those who had believed in this false messiah was palpable.
Title page with ornate architectural frame. The chronogram at the bottom of the page which gives the date of publication seems to betray the printer’s sympathies for Shabbetai Tzvi : In the year “Behold, I will SAVE (moshiah) my people” (Zechariah 8:7) and the year “HA-MOSHIAH” (The Saviour).
David de Castro Tartas, active from 1662 - 1698, published close to 70 books in Hebrew and a number in other languages, primarily Spanish. He was the son of conversos who came to Amsterdam in 1640 via France where they returned to their ancestral faith. His brother Isaac, having gone to Racife and Bahia, was burned at an auto-de-fe in 1647, refusing to abjure his faith. David learned the printer's craft at the press of Menasseh Ben Israel, working there as a compositor. In 1662 he established his own press, in competition with the already-active presses of Uri Phoebus and Joseph Athias.
40 pp.
Bound with B.49, B2566 and NHB.108 (all Shabbetai Tzvi -related)
Brought to Press by: Yehosha' Tzarfati 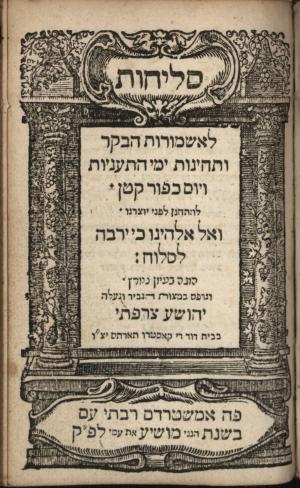 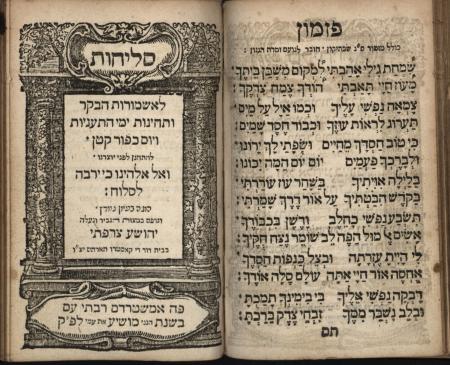 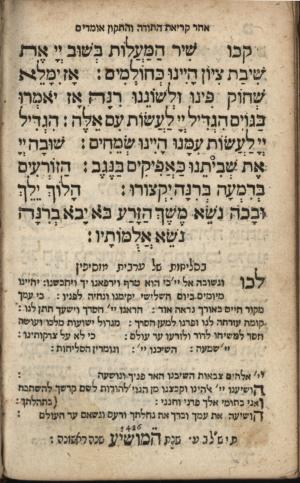 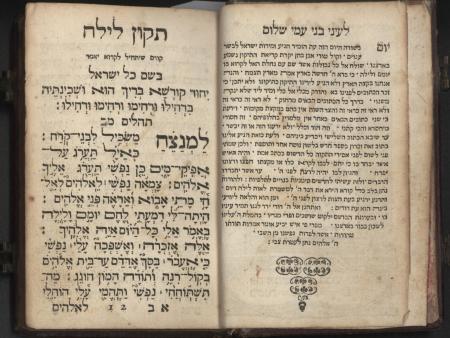 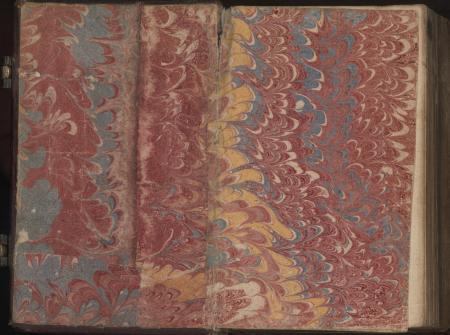 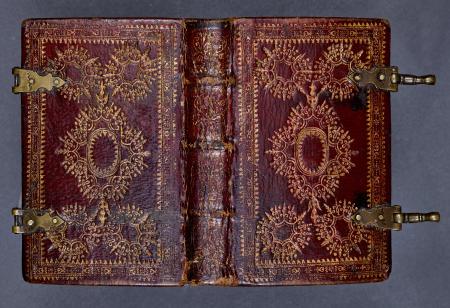