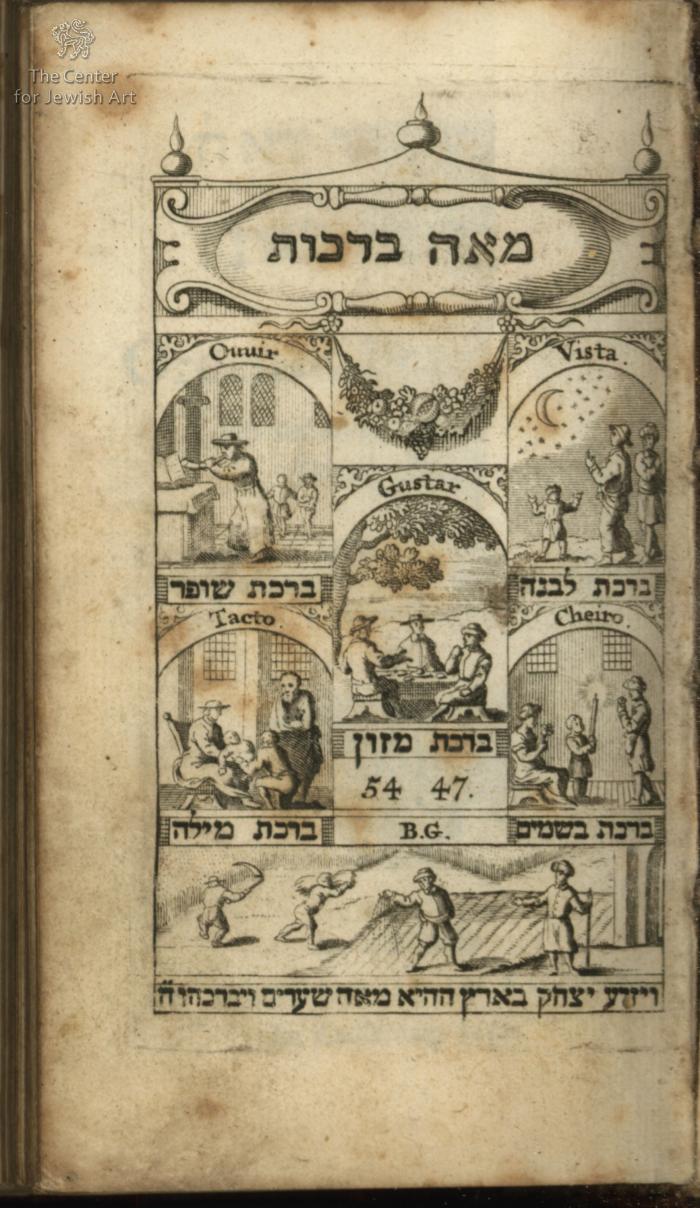 Seder Meah Brachot – Blessings, prayers and piyutim, including the Seder Hagaddah of Pesach. Amsterdam, 1688. Albertus Magnus printing. Approbation by Rabbi Yitzchak Abuhav, Rabbi Ya’akov Sasportas and Rabbi Shlomo Di Olivera.
Includes the version of Eruvei Chatzerot, Tavshilin and Techumin, Kiddush for Shabbat and Festivals, Hatavat Chalom, Hatarat Nedarim, Tikun Chanuka, laws and customs, Birkot HaNehenin, blessings for betrothal and marriage, circumcision of convertsand slaves, blessing on purchase of slaves, Pidyon Haben, Pidyon HaKerem, Tefillat HaDerech, siyum of a tractate, blessings to be recited at various times and places, prayers for the sick and for woman at birth, change of name, Tahara of the dead, Hashkavot, "Hashkava of those who were burnt in the sanctification of G-d's name", [prayer on Anusim who were burnt in the auto-da-fé in Spain Miniature volume. Two title pages, the first title page is illustrated with copper etchings with drawings of the Blessing on the Moon, the blessing on spices (Havdalah), Birkat HaMazon, blessing for shofar blowing and for Brit Milah. The date on this title page is 1687, whereas the date on the second title page is one year later.
Bilingual Hebrew-Spanish edition of benedictions and rituals for Marranos returning to Judaism who suffered from an almost total lack of knowledge of normative Jewish practice. Orden de Bendiciones / "Seder Me'ah Berachot" - blessing, prayers and piyyutim, including Passover Haggadah. Amsterdam, 1687. Approbations of R. Yitzchak Abuhav, R. Ya'akov Sasportas and R. Solomon de Oliveyra.
Prayers for various occasions: Arrangement of prayers upon circumcising converts and slaves, "Blessing upon purchase of a slave", redeeming a vineyard, "Hashkava for those who were burnt in sanctification of His Holy name" [prayer for Anusim who were burnt at the stake in Spain and Portugal], and more. Also includes the laws of shechita in rhyme, charts for calculating tekufot and festivals, a chronological list of the events in the lives of the Jewish People until the Khmelnytsky Uprising (tach and tat [1648-1649] decrees), in Spanish. Hebrew and Spanish translation [on facing pages, with parallel pagination].
The text includes Me’ah Brachot, and was prepared from a manuscript found by Benjamin Senior Godines, a well-known engraver, in the collection of Isaac De Mattathias Aboab (1631-1707). In addition there are prayers and blessings for the entire year, according to Spanish rite, appropriate laws and commentaries, a complete Haggadah, measurements of the Amsterdam Sephardic community, a list of major events in Jewish history until 1648, a depiction of a sundial with instructions for determining seasons, etc.
Illustrated title page, signed by the artist (Benjamin Godine), and shows six vignettes representing mitzvoth requiring benedictions, such as: blessings for the New Moon, shofar, circumcision, Havdalah and Grace after Meals. The final illustration at the bottom shows men sowing in a field, with the verse “Then Isaac sowed in that land, and reaped in the same year a hundredfold” (Genesis 26:12). This is in honor of the community’s rabbi, R. Isaac Aboab da Fonseca (1605-1693). Godines was, in addition to being a highly-regarded engraver of copper, and the editor of this work, was a well-known calligrapher and scribe. He was the son of Jacob Belmonte (1570-1629), a founder of the Portuguese-Jewish community of Amsterdam. Of considerable note is the illustration of the Havdalah ceremony where the blessing on the besomim is shown with the Sephardic custom of using a fresh aromatic branch for the purpose. Such an illustration is of extreme rarity. The usual illustration, even in Sephardic Hebrew prints, shows the spice tower used in Ashkenazi custom.
In each vignette the men are wearing hats, reflecting Jewish practice.
Fine leather binding is from the18th century, as indicated by the inscription in Spanish on the binding. The inscription reads: Premio de Aby Jetomin Anno 5530
[4] leaves, 303, 20, [2] pages.

Includes haskavah for martyrs burned at the stake by the Inquisition.
Detail Description Bi-lingual Hebrew-Spanish beneditions and rituals for Marranos (converses) returning to Judaism who suffered from an almost total lack of knowledge of normative Jewish practice. Me’ah Berakhot was prepared from a manuscript found by Benjamin Senior Godine, a well known engraver, in the collection of Isaac De Mattathias Aboab (1631-1707). The engraved copper-plate title page, with six vignettes, was designed by Godines, the vignettes, with both Hebrew and Spanish captions, represent mitzvot requiring benedictions, such as blessings for the new Moon, shofar, circumsion, havdalah, and grace after meals, perhaps representing the five senses. The sixth bottom sketch, covering the width of the page, is of men sowing a field, with the Hebrew verse, “Then Isaac sowed in that land, and reaped in the same year a hundredfold” (Genesis 26:12), this in honor of R. Isaac Aboab da Fonesca (1605-93), rabbi of the community. A feature of these engravings is that in each vignette the men are wearing hats, reflecting Jewish practice. The title page has the date, in Arabic numerals, 5447 (=1687). A Spanish title page follows, with the Hebrew verse, “thus shall the man be blessed who fears the Lord” (Psalms 128:4). Next are Hebrew and Spanish introductions by Godine, the former facing an escutcheon. He informs that the translator was Isaac De Mattathias Aboab. There are approbations from R. Isaac Aboab, R. Jacob Sasportas, and R. Solomon de Oliveira, a preface, a half title page, and the text in facing Hebrew and Spanish. The Hebrew liturgy is vocalized letters; laws, customs, and explanatory notes are unvocalized. The text encompasses prayers and blessings for the entire year, according to the Sephardic rite, has appropriate laws and commentaries, as well as a number of special features. There is a complete haggadah, a poem on shehitah (ritual slaughter) by R. David ben Solomon Vital, and a list of the conditions that render an animal terefah (unfit for Jewish consumption), measurements of the Amsterdam Sephardic community mikveh (ritual bath), and the amount of flour to be taken for Hallah. There are benedictions to be acquired when acquiring a slave or dying sanctifying God’s name (at the hands of the Inquisition). Included is a depiction of a sundial with instructions for determining the tekufot (seasons), an unpaginated perpetual calendar for determining festivals, a list of major events in Jewish history until 1648, and an index. Albertus Magnus (1642-89), the printer of record, was a well known book-binder and book-seller in Amsterdam. He did not have his own print-shop and while he likely bound Hebrew books he is not known to have otherwise been involved in Hebrew printing, Me’ah Berakhot being the only such work attributed to him. It has been suggested, however, that David Tartas may have been the printer due to his experience printing bi-lingual works. Godines, the editor, was, in addition to being a highly regarded engraver of copper, also a well-known calligrapher and scribe. He was the son of Jacob Belmonte (1570-1629), a founder of the Portuguese-Jewish community of Amsterdam.
Marranos regularly left the Peninsula clandestinely, or secured permission to take business trips abroad from which they never returned. There are even cases of their leaving for the ostensible purpose of making a pilgrimage to Rome. Once the authorities became aware of such stratagems they tried to intercept Marranos as they moved through Europe to places where they could practice Judaism openly. Furtively and openly, in trickles and in torrents, thousands of Marranos left the Iberian Peninsula during the nearly three and a half centuries of the Inquisition's power. The Marranos did not arrive to Amsterdam until around 1590, some 11 years after the Union of Utrecht (1579) and the birth of the United Provinces of the Netherlands as a Protestant state. Here too they had to wait until 1615 before Jewish settlement was officially authorized, but the Marranos in Amsterdam differed from those in other Protestant countries in that they openly practiced Judaism almost from the moment of their arrival. Thanks to the Marranos, Amsterdam became one of the greatest Jewish centers in the world in the 17th century; it had some of the finest academies and produced some of the greatest Jewish thinkers. For these persecuted returning Jews was this beautiful prayerbook produced. 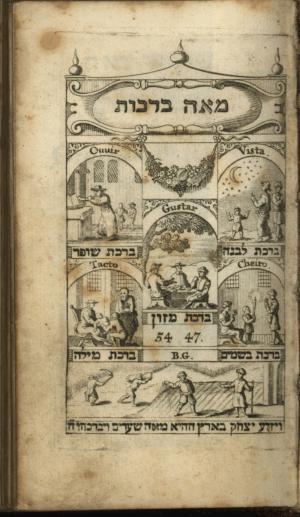 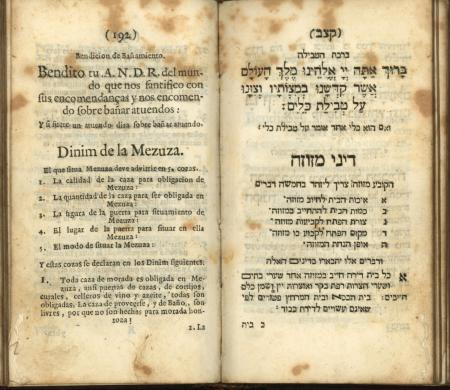 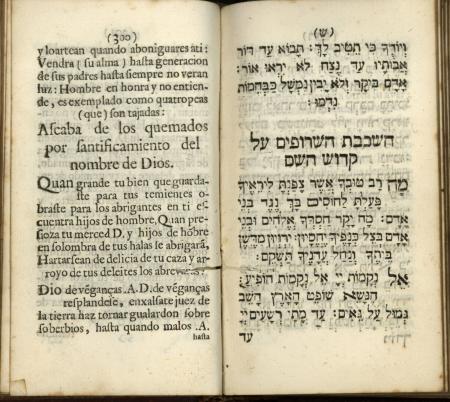 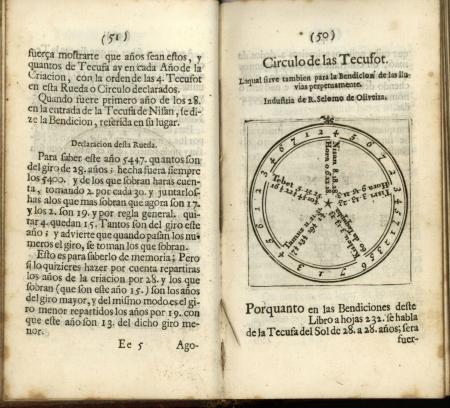 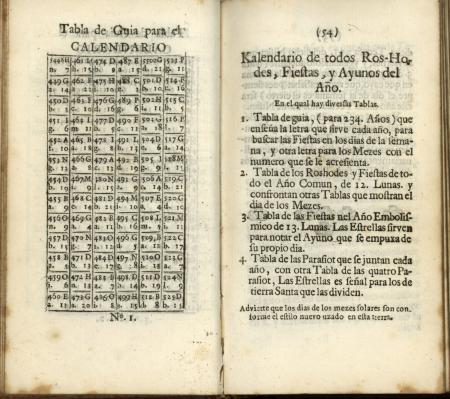 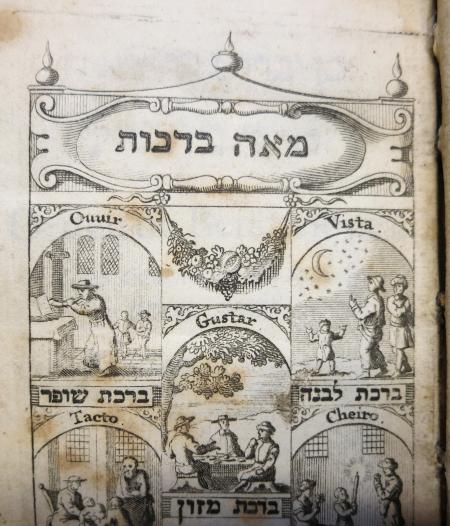 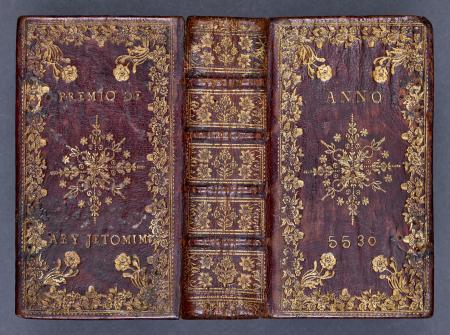